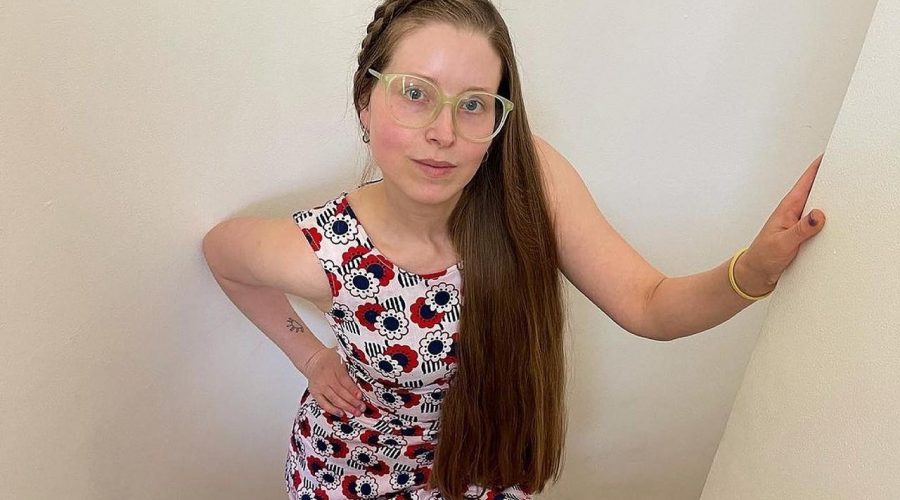 The Lavender Brown of ‘Harry Potter’ movie series is having a new addition to her growing family as she is expecting her fourth child with longtime partner Alfie Brown.

AceShowbiz -“Harry Potter” actress Jessie Cave has a bun in the oven. The British star, best known for her role as Lavender Brown in the wizarding movie series, is expecting her fourth child with longtime partner, comedian Alfie Brown.

34-year-old Jessie showed off her growing baby bump in a series of mirror pictures. “Can’t hide this new baby anymore,” so she wrote. Meanwhile, baby daddy Alfie posted the sonogram with a caption, “Be easier in future if I just announce when she isn’t pregnant.” He additionally quipped to his followers, “Enjoy the baby’s foot.”

Her pregnancy announcement came a year after she gave birth to her third child. Baby Abraham “Bam” Benjamin was placed in the neo natal unit after he was born last year.

Jessie described her labor as “slightly extreme but so were his kicks throughout the pregnancy!” She opened up, “This has been a very different experience to my first two births… much more humbling, terrifying and out of my control.”

A few months later, the baby was back in hospital due to Covid-19. “Poor baby is covid positive,” the actress revealed early this year. “He’s okay and doing well but they are being vigilant and cautious, thankfully.”

“He’s 9lbs 7 now so he’s a stronger and bigger boy than he was when we were last in a hospital room (and the needle went into his hand with louder more powerful screams).”