Jessica Mulroney is looking back at Meghan Markle and Prince Harry‘s May 19, 2018 wedding day, almost two years before a falling out ended their friendship!

As you’ll recall, the Canadian stylist was present at the royal wedding, along with her daughter Ivy who served as a bridesmaid and twin boys John and Brian who were page boys tasked with holding her veil as she walked down the aisle at St. George’s Chapel at Windsor Castle.

In one of the many smile-inducing moments from the special day, one of her boys was caught on camera flashing a big toothless smile behind the Suits alum as she prepared to take the walk past her guests, capturing the attention of viewers watching on TV, and later his momma! 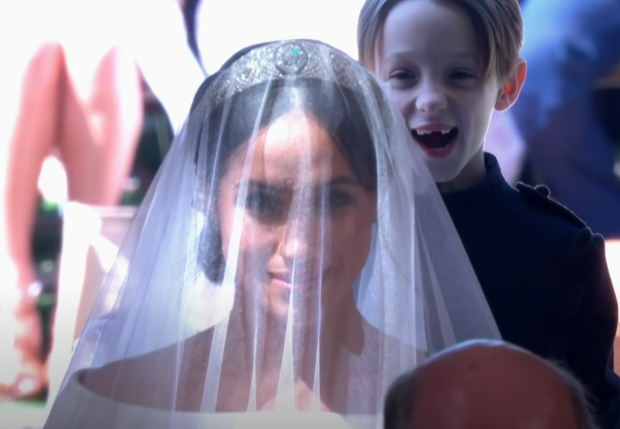 After a two-month break from social media following her MASSIVE white privilege scandal, she returned to her now-private Instagram earlier this month to celebrate the 10th birthday of her twins, before posting this snap of one of her boys. She captioned this week’s upload with:

This is a very inneresting turn of events, especially because Jessica had to BEG trolls to stop bringing up her former friend on the earlier post about her sons, so why would she make a reference to such a special day now? Hmm…

For those unfamiliar with Jess’ drama, it all started when influencer Sasha Exeter recounted a series of negative interactions with the fashionista, citing “very problematic behavior” and “textbook white privilege,” leading a public apology from Meg’s former stylist. However, despite issuing amends, it was just a day later that Mulroney alluded to her intent to sue Exeter for libel, which was promptly shared.

But the severing of her royal ties wasn’t the only thing she’s had to face in light of the situation! Her show I Do, Redo was pulled from Canadian network CTV and she lost her gig as a fashion contributor for Good Morning America. Ben Mulroney, her husband, also announced he would be leaving his job on the CTV series ETalk.

What do U think is going through Jessica’s head, Perezcious royal experts?! Could these ladies have reconciled? Let us know (below) in the comments.

08/28/2020 Celebrities Comments Off on Jessica Mulroney Reminisces About Meghan Markle's Wedding Months After Their Fallout: 'Pure Joy'!
Recent Posts
We and our partners use cookies on this site to improve our service, perform analytics, personalize advertising, measure advertising performance, and remember website preferences.Ok