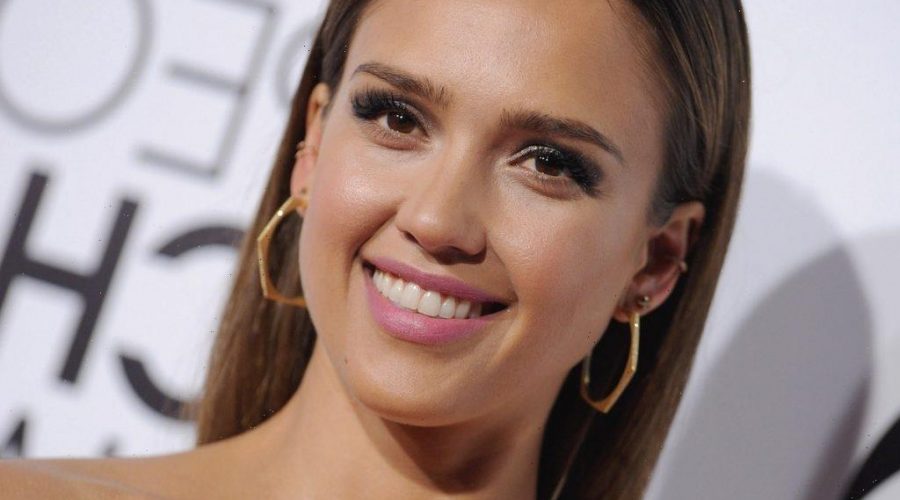 Jessica Alba is one of the world’s most popular superstars, an actor who has also earned acclaim as a businesswoman. A busy working mom of three kids, Alba has been in a longtime relationship with her husband, Cash Warren.

Alba has had to film many love scenes over the years, including several that have required her to strip down to basics. Still, Alba reportedly isn’t a fan of filming love scenes, and in a 2019 interview, the actress admitted that she thinks sex scenes are “disgusting.”

How did Jessica Alba become a movie star?

Alba has been in the entertainment business for a long time, having started her acting career when she was only 13 years old. As a child, Alba’s family moved frequently, and the constant relocation, as well as Alba’s regular health issues, took a toll on the young woman’s self-confidence. Acting helped young Alba find an outlet for her creativity, and she was signed by a talent agent before she was a teenager.

A few of Alba’s early onscreen roles included parts in TV commercials for brands like Nintendo. She also landed parts in independent films and television shows, but her big break came when she was 19, when Alba was cast in the TV series Dark Angel. By the early 2000s, Alba was a big-time star, with a few of her biggest roles including parts in movies such as Honey, Fantastic Four, and Good Luck Chuck.

Jessica Alba is known for her beauty and sensuality

Alba is not only talented, but she is one of the world’s most beautiful actresses. She has flaunted her acting skills in movies like Sin City and Into the Blue, films that, while they might not have received much critical praise, earned Alba lots of fans. These days, at the age of 39, Alba is more successful than ever, having started her own brand: Honest Beauty.

Alba’s consistent skincare routine, which includes anti-aging treatments, sunscreen, and LED light therapy, as well as a strict diet and exercise program, helps to keep the actor healthy. She doesn’t do a lot of nude scenes on camera these days, but there’s no doubt that she still receives a lot of offers. Those fans who appreciate seeing Alba bare it all onscreen might be waiting a while since the star revealed in a 2019 interview that she finds such scenes incredibly “weird.”

Why does Jessica Alba find sex scenes to be ‘disgusting’?

In early 2019, Alba and her husband, Cash Warren, sat down to give an interview to The Skinny Confidential Him & Her Podcast. In the interview, Alba and Warren talked about sex scenes, with Warren admitting that he doesn’t see a problem with actors who do sex scenes with other attractive stars.

Alba, however, had a difference of opinion, stating: “That’s the difference between me and you…It’s disgusting most of the time because they’re usually a stranger.”

Alba admitted that she thinks it’s “weird” to film sex scenes since she doesn’t really know the other person.

“When you’re choosing to want to be with someone in that way, it’s very intimate, like, you’re breathing on someone,” Alba said. “And it’s all there, and you’re like, smelling the skin…You want to choose who you’re doing that with, and you got to really, kind of like, pretend.”

Alba also stated that it sometimes takes days to fully shoot a love scene – which definitely dispels the idea that every day on a film set is glamorous and fun.