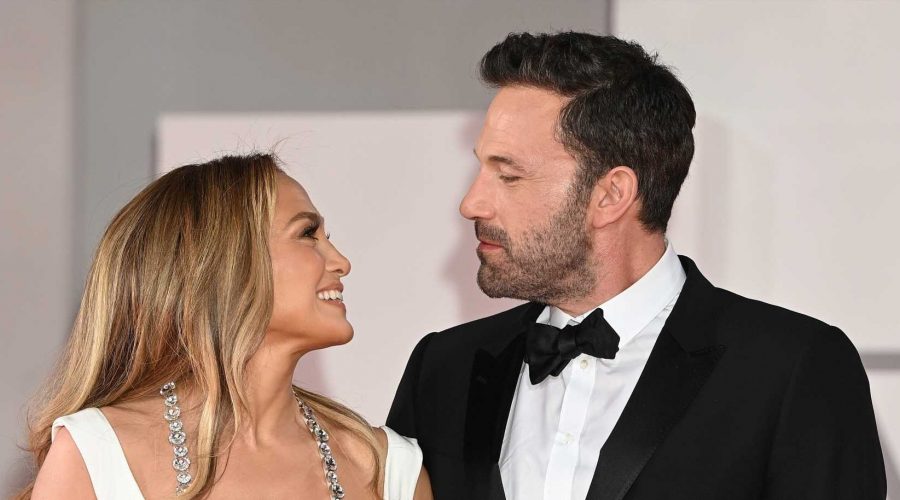 Jennifer Lopez got candid about all things Ben Affleck in her latest Vogue cover story and dove headfirst into her feelings on taking the actor’s last name and how they rekindled their romance after nearly two decades.

At the beginning of the interview, J.Lo opened up about the decision to change her last name to Affleck, and confessed: “People are still going to call me Jennifer Lopez. But my legal name will be Mrs. Affleck because we’re joined together. We’re husband and wife. I’m proud of that. I don’t think that’s a problem.” And when asked whether there’s any part of her that miiiight have wanted the Oscar winner to take hers, she laughed before declining. “If you want to know how I feel about [taking his last name], I just feel like it’s romantic. It still carries tradition and romance to me, and maybe I’m just that kind of girl.”

Later on in the interview, J.Lo—seemingly for the first time—actually confirmed the million-dollar Q fans have wondered since she and Ben got back together: Literally how?!? TL;DR: Apparently, shortly after Jen and Alex Rodriguez called off their engagement in early 2021, she got an email from Ben (who had also just gotten out of a relationship, with Ana de Armas). Allegedly, a magazine requested a comment from Ben about J.Lo for a story, so he took it upon himself to pop in and let her know that he’d provided a positive statement. (The comment was presumably for Jen’s May 2021 InStyle cover story, where the final quote was “She remains, to this day, the hardest-working person I’ve come across in this business. She has great talent, but she has also worked very hard for her success, and I’m so happy for her that she seems, at long last, to be getting the credit she deserves.”) And that’s when the house visits started. 👀

“Obviously, we weren’t trying to go out in public,” she explained to Vogue. “But I never shied away from the fact that for me, I always felt like there was a real love there, a true love there. People in my life know that he was a very, very special person in my life. When we reconnected, those feelings for me were still very real.” She added that though their method isn’t the norm “for everybody” because “sometimes you outgrow each other or you just grow differently,” the two of them got their happy ending because they “lost each other and found each other.” But it wasn’t always simple.

Back when the two first dated in 2002, Jennifer said they were “really very carefree, with no kids, no attachments. And we were just living our lives, being happy and out there. It didn’t feel like we needed to hide from anybody or be real discreet. We were just living out loud.” But things began to shift once those feelings of being unbothered and simply in love “turned out to really bite us.” “There was a lot underneath the surface there, people not wanting us to be together, people thinking I wasn’t the right person for him….I became very guarded because I realized that [the media] will fillet you. I really wish I could say more. I used to be like that. I am like that. But I’ve also learned.”

Luckily, the tides turned for the duo, who said “I do” in Las Vegas this past summer before celebrating their wedding in Georgia alongside friends and family a month later. And it seems that for Ben, the important stuff remains perfectly constant. “There is something innately, magically kind and good and full of love at the heart of who Jennifer is. That’s exactly the person I remember from 20 years ago. Maybe she sees all the changes she’s made, whereas when I see her, mostly I just see someone who has retained, against the odds, the thing about her that always made her the most incredible to me: a heart that seems boundless with love. She is my idea of the kind of person I want to be.” Literally obsessed with these two. 😭😭😭