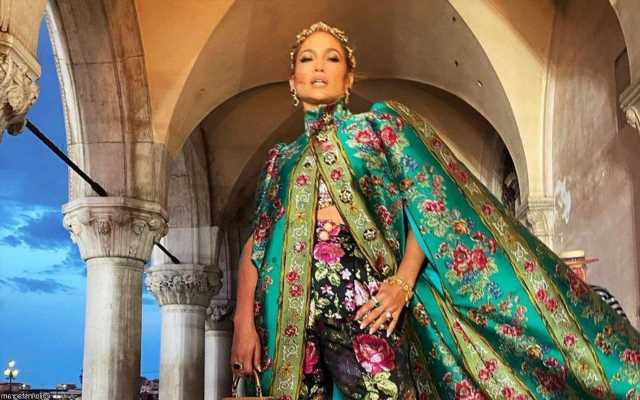 In addition to the ‘On the Floor’ hitmaker, celebrities like January Jones, Ciara, Heidi Klum and Normani Kordei attend the grand event held at St Mark’s Square in Venice, Italy.

AceShowbiz –Jennifer Lopez made a minor fashion faux pas at the Dolce & Gabbana fashion show. When attending the event that was held at St Mark’s Square in Venice, Italy, the “On the Floor” hitmaker accidentally left a price tag on her regal outfit.

The price tag was seen hanging on a green silk floral cape that the 52-year-old pop star donned for the Sunday, August 29 event. Regardless, the mother of two still turned heads with her breathtaking ensemble which included a colorful crop top and curve-hugging pants. 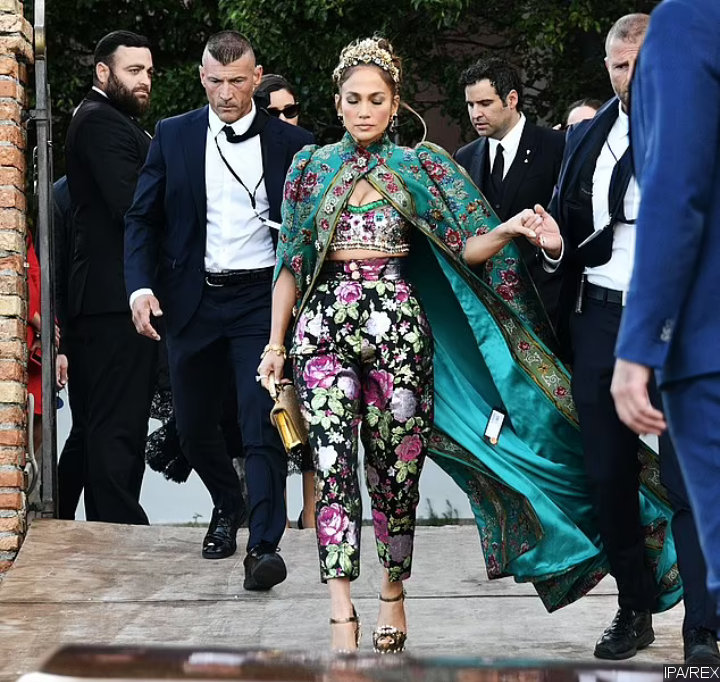 The “Shotgun Wedding” actress completed her look with a sparkling tiara atop her updo, a gold bracelet, diamond earrings, as well as sparkly gold heels. The girlfriend of Ben Affleck also carried a D&G handbag at the event.

Aside from J.Lo, celebrities like January Jones, Heidi Klum, Ciara and Normani Kordei attended the fashion show. January looked stunning in a pink layered gown that featured diamond detailing at the waist and bust. Heidi, meanwhile, showed off her long legs in a gorgeous black dress. The supermodel was accompanied by her husband Tom Kaulitz and daughter Leni Klum on the occasion.

As for Ciara, the wife of Russell Wilson stunned in a glimmering, metallic copper dress as she walked into the star-studded event. Normani, on the other hand, turned heads in a black-green Avant-Garde gown.