The ‘Friends’ star and her ex-husband are obviously still very close, as she shared a shirtless photo of her

Even though Jennifer Aniston, 52, and Justin Theroux, 50, split up four years ago, The Morning Show actress still wanted the actor and writer to have a happy birthday! She took to her Instagram Story on Tuesday August 10 to send the Mullholland Drive star some well-wishes on his special day. The actress shared two photos along with her kind words.

The first photo showed Justin looking absolutely dapper. It looked like a selfie, where he was a wearing a black suit and had his hair slicked up. “Happy birthday JT,” she wrote. Her second photo was a little more risqué! It showed Justin posing shirtless, pointing heavy metal hands at the camera, while he only wore a white, Nike visor. “Truly one of a kind. Love you,” she wrote alongside the steamy photo.

Jennifer and Justin started dating in 2011, after meeting on the set of Wanderlust and got married in 2015. Even though the pair split up in 2017, Justin has spoken about the close bond the pair shared, and he said that they “didn’t have that dramatic split” in an April interview with Esquire. As evidenced by the sweet birthday messages that Jennifer wrote for her ex, the actor explained that the pair kept on good terms! “I’m sincere when I say that I cherish our friendship. It would be a loss if we weren’t in contact, for me personally. And I’d like to think the same for her,” he said. 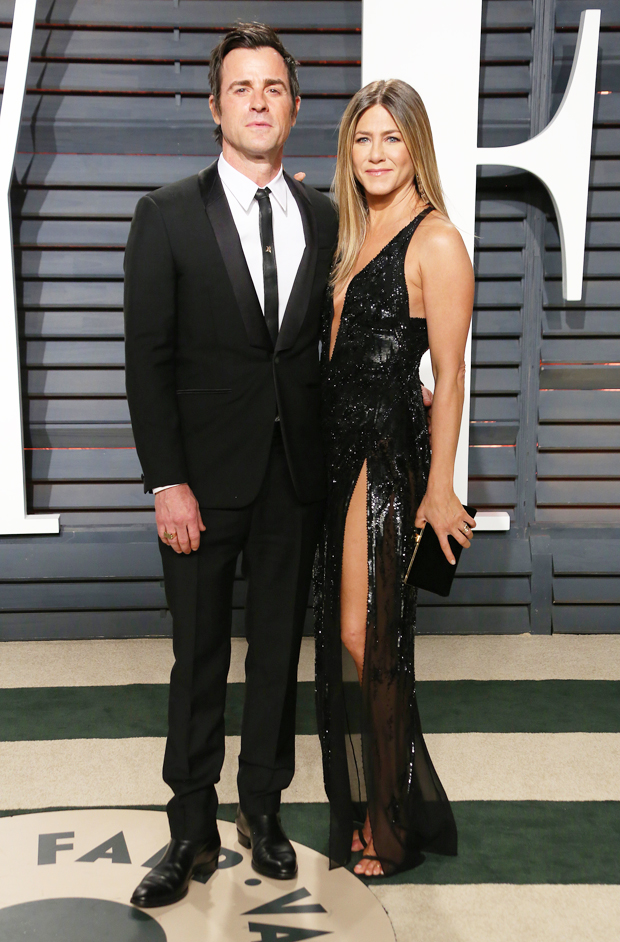 In fact, it seems like Jennifer likes to keep positive bonds with multiple exes. She spoke about her relationship with her first husband, Brad Pitt, 57, in June 2021. She said that she’s still friends with the Once Upon a Time in Hollywood star during an appearance on The Howard Stern Show. “We speak, and there’s no oddness at all, except for everyone that probably watched it and was wanting there to be, or assumed there to be,” she said.

Even though she’s on good terms with both of her ex-husbands, the We’re The Millers star sounded unsure about another marriage in a June profile with People. She said another wedding wasn’t “on [her] radar,” and she was more interested in finding the right person to spend time with. “I’m interested in finding a fantastic partner and just living an enjoyable life and having fun with one another,” she said. “That’s all we should hope for. It doesn’t have to be etched in stone in legal documents.”