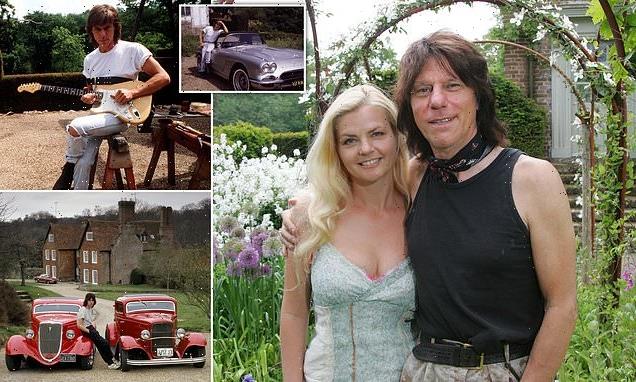 A guitar legend’s life in a Sussex village: How Jeff Beck supported wildlife charity, pottered round the Co-op as locals say he ‘was just a nice bloke to us’ (but Johnny Depp ‘spooked the cabbie with his jangling jewellery’)

To most, the late Jeff Beck was a guitar god so revered that his fingers and thumbs were famously insured for £7million.

But the trailblazing rock star, whose colossal career saw him share the stage with some of music’s biggest names including Rod Stewart, Jon Bon Jovi, Kate Bush, Roger Waters, Eric Clapton and Phil Collins, was also loved as ‘just a nice bloke’ by his neighbours in East Sussex.

Beck, who died peacefully in his sleep on Tuesday aged 78 after contracting bacterial meningitis, supported the local wildlife rescue charity and would be seen chatting to locals and even pottering around the Co-op supermarket – though, of course, villagers said some ‘absurdly gorgeous classic car’ would be parked wherever he went.

When he wasn’t recording in his home studio, or touring the world and playing his iconic music to thousands of adoring fans, Beck would even write the occasional letter to Wealden Council.

Only his friend Johnny Depp would raise eyebrows in the community, with a taxi driver who once picked up the Hollywood star near Beck’s place in Wadhurst – where they had been jamming – telling the BBC that the actor’s ‘jangly necklaces’ were ‘a bit unusual in rural Sussex’. 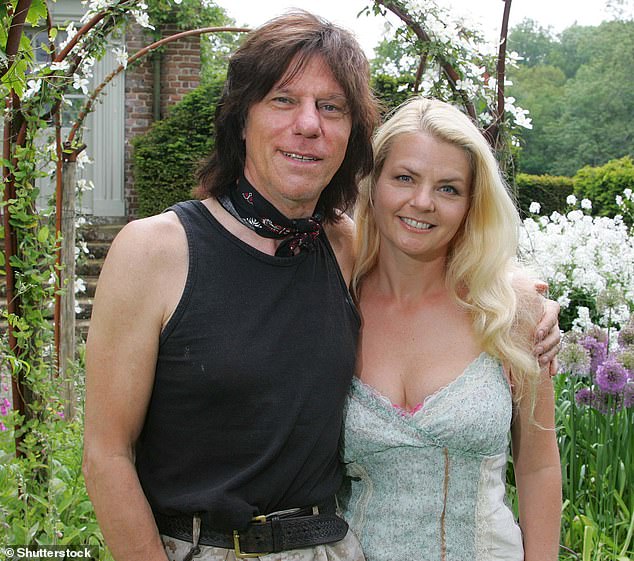 Jeff Beck’s career had slowed down by the early 2000s, as he settled into life on his Sussex estate with his sixth wife Sandra Cash, who he married in 2005 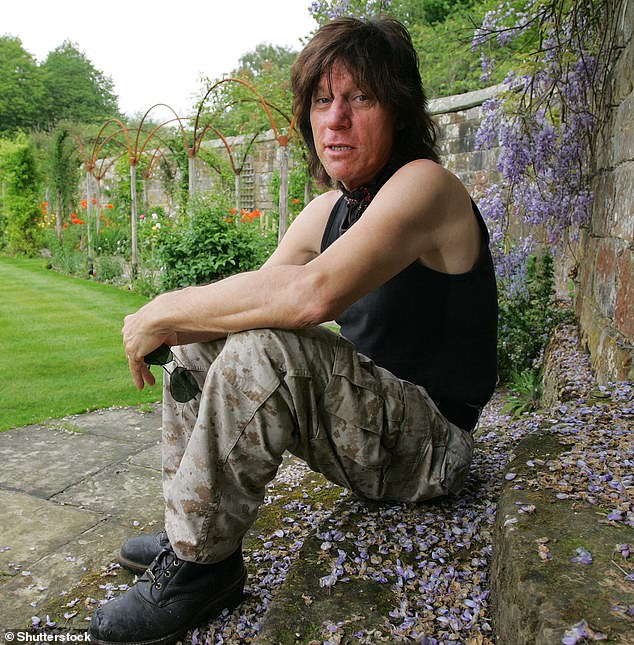 To most, Beck was a guitar god so revered that his fingers and thumbs were famously insured for £7million

Last year he made headlines when he announced a collaborative album with Depp shortly after the Hollywood actor’s defamation battle with ex-wife Amber Heard drew to a close.

The pair first met in 2016 and began recording the album in 2019 while Depp was also playing with Alice Cooper’s supergroup Hollywood Vampires.

In 2022 Beck released a full length album, titled 18, with Depp and the pair played a number of live gigs together.

Two months ago, Depp gave an interview to Hollywood Authentic where he said: ‘There’s a couple who very much helped to keep me alive and sane and happy through the weirdness. And that’s Jeff and Sandra [Beck’s wife]’.

Beck, regarded as one of rock’s greatest ever guitarists, was ranked fifth in Rolling Stone Magazine’s list of the ‘100 Greatest Guitarists of All Time’.

His extraordinary career saw him share the stage with some of music’s biggest names – and produce an album as well as touring with Depp just last year.

Beck’s innovative style shaped the psychedelic sound of the 1960s and can be heard in his classic singles including Shape Of Things and Heart Full Of Soul.

The eight-time Grammy winner was inducted into the Rock and Roll Hall of Fame twice – as a solo artist and as a member of The Yardbirds.

Jimmy Page, who replaced Beck in The Yardbirds, paid tribute last night, writing online: ‘The six-stringed warrior is no longer here for us to admire the spell he could weave around our mortal emotions. Jeff could channel music from the ethereal.’

Geoffrey Arnold Beck was born on June 24, 1944, in Wallington, south London. Despite developing tinnitus in the 1980s, he was still able to perform with Eric Clapton, Sting and Phil Collins.

And while he was still touring and releasing music up until last year, his career had slowed down by the early 2000s, as he settled into life on his Sussex estate with his sixth wife Sandra Cash, who he married in 2005. 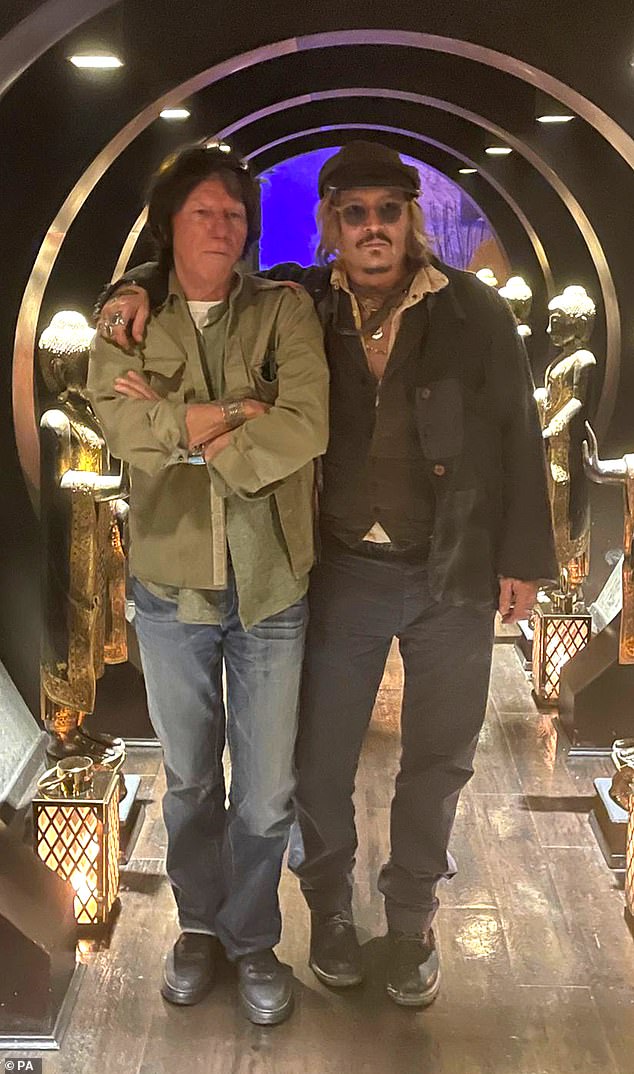 Only his friend Johnny Depp would raise eyebrows in the community 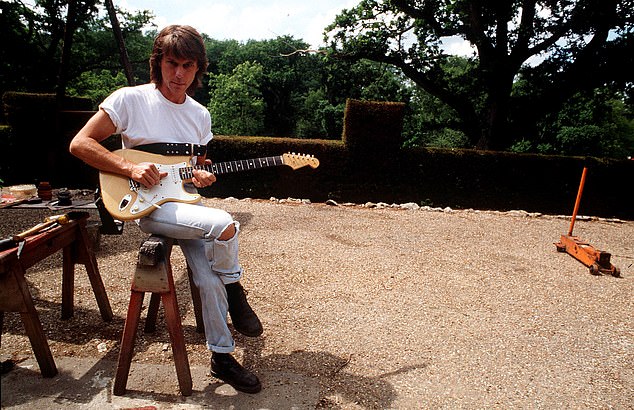 His death was confirmed on his official Twitter page, which said: ‘On behalf of his family, it is with deep and profound sadness that we share the news of Jeff Beck’s passing.

‘After suddenly contracting bacterial meningitis, he peacefully passed away yesterday.’

Tributes poured in from rock icons last night, including from Mick Jagger, who said: ‘With the death of Jeff Beck we have lost a wonderful man and one of the greatest guitar players in the world.’

Sir Rod added: ‘Jeff Beck was on another planet. He took me and Ronnie Wood to the USA in the late 60s in his band and we haven’t looked back since. He was one of the few guitarists that when playing live would actually listen to me sing and respond.’

British rock legend Ozzy Osbourne said it had been ‘such an honour’ to know and play with him on his most recent album.

The Black Sabbath frontman added: ‘I can’t express how saddened I am to hear of [his] passing.’

‘Please get a hold of the first two Jeff Beck Group albums and behold greatness. RIP.’

Alice Cooper said: ‘When I was 16 years old, The Spiders, who became the original Alice Cooper band, opened for the Yardbirds. That night I experienced the greatest guitar player I had ever heard.

‘Half a century later Jeff Beck is still the greatest guitarist, PERIOD – The greatest of all time.

‘He was a friend, and there will NEVER be another Jeff Beck. Ever.’