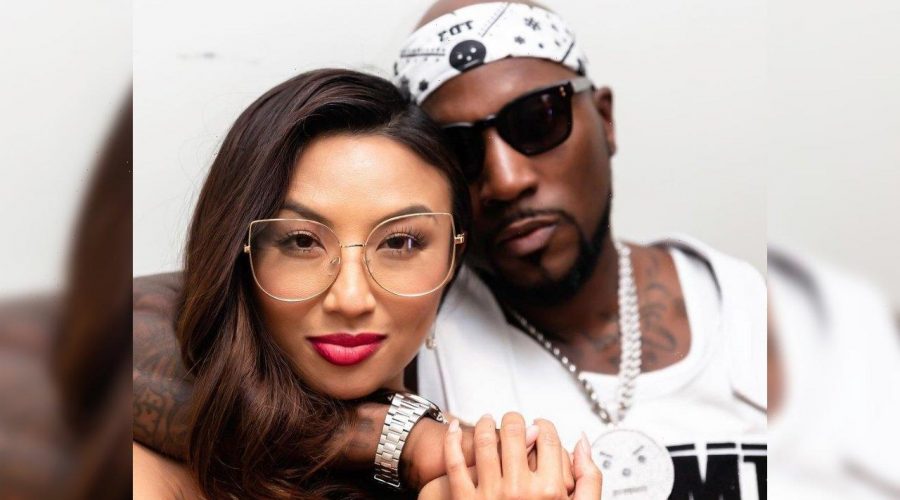 ‘The Real’ co-host can’t hide her excitement as the plane takes her flying and does some maneuvers up in the air, while her husband is in a separate aircraft.

AceShowbiz –Jeannie Mai and Jeezy (formerly known as Young Jeezy) are clearly still in a honeymoon phase, nearly two months after officially getting married. The newlyweds just enjoyed a thrilling date that took them on cloud nine.

The TV personality took to her Instagram page on Tuesday, May 25 to give a look at her adventurous date as the couple enjoyed a plane ride. On her Story, she shared a clip of Jeezy standing near a plane outside the hangar while donning a black jumpsuit.

The camera then switched to Jeannie, who was already strapped to her seat in the aircraft, with an earphone on. Once the plane took her up high in the sky, she screamed and closed her eyes in excitement.

Her video also showed another plane, which her husband Jeezy was in, as he was sitting in the backseat of the separate aircraft. The clip captured the moment the plane doing some crazy maneuvers in their air.

Jeannie and Jeezy later commemorated the occasion by having their names imprinted on tags. The pair additionally posed on the plane, flashing wide smiles to the camera.

Jeannie and Jeezy tied the knot in an intimate ceremony at their home in Atlanta on March 27. They got engaged in March 2020 after confirming their romantic relationship in November 2018.

In a recent interview with Vogue magazine, the pair shared that they changed their initial plans to hold their wedding in the South of France or Lake Cuomo due to COVID-19. “We were really looking forward to having all of our friends and family there to celebrate,” the 42-year-old stylist explained. “But we had to change all of our wedding plans due to COVID.”

She continued, “After Jeezy’s mother unexpectedly passed, we quickly learned that life is too short. And at the end of the day, Jeezy and I really just wanted to become husband and wife. So we decided to turn our original wedding into a mini-mony, where we exchanged our vows in front of our immediate family and a few close friends.”