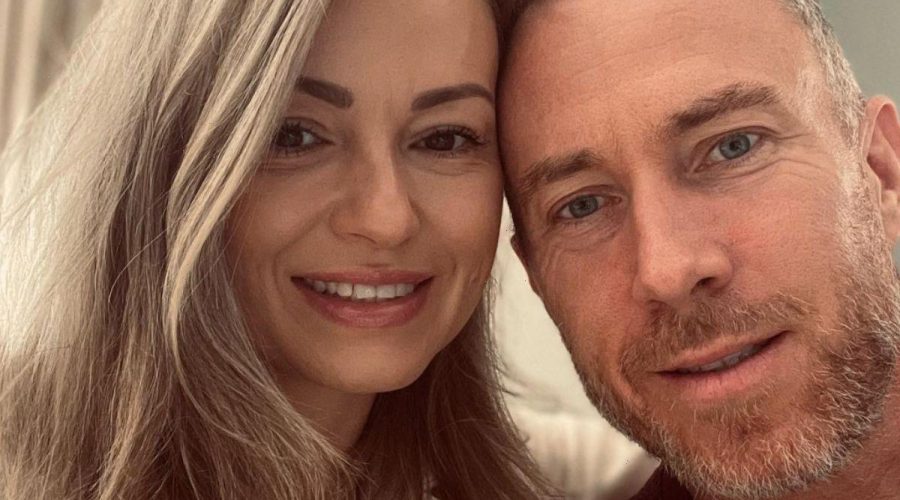 James Jordan and Ola start to pack their furniture away

James Jordan, 44, has taken to Instagram to admit that “everyone thinks I’m mad” as he has started to move house without relying on any hired help, following a brief struggle with homelessness. The former Strictly Come Dancing pro addressed his 248,000 followers as he took to the story feature to explain his current situation.

He said: “So the big day has finally arrived.

“I’m moving house, everyone thinks I’m mad because I’m doing it myself.”

The star then proceeded to show fans his moving equipment and the large white truck he was using to carry his and his wife Ola, 40, and their two-year-old daughter Ella’s belongings.

It comes after he opened up about the family of three’s experience with homelessness.

He and his partner Ola had been searching desperately for somewhere to live in the run-up to Christmas after a period waiting to have work on their home finished, following a run-in with a “very rude” landlord.

He revealed a few days ago that they have since found an intermittent home and had still been inundated with offers from fans offering the pair a place to stay.

Addressing his 247,000 followers on his Instagram stories on Saturday, James said, speaking to the camera: “Hi guys, I hope you’re well.

“I haven’t been on here for a little while. As many of you are aware, we are currently trying to move home.

“We didn’t have anywhere to go because the rental property we were gonna move into didn’t work out for several reasons.

“We have now finally found somewhere else.

“But I wanted to come on here just to say thank you so much. I must have had thousands upon thousands of messages of amazing people out there offering their help offering for us to come and live with them from Ireland, Scotland, everywhere, which is really, really nice.

“And I just wanted to come on here to say thank you very much.”

He then joked: “And there were even the odd guys saying that they were happy to take Ola but unfortunately didn’t have space for myself and Ella.”

Daughter Ella could be seen in the background eating breakfast before wife Ola appeared holding up her husband’s Dancing on Ice trophy, which he won in 2019.

As she teased James about throwing it out, he quipped: “No, that’s my trophy. You chucked your Strictly trophy.”

On Tuesday, he took to the picture-sharing site to explain more about the “rude landlord”.

He wrote: “We are currently in the process of moving and need to move into rented accommodation for about six months.

“We found a rental property we liked and went this morning to meet the landlord.

“I have never been spoken to so rudely!” the star exclaimed furiously.

“Especially in front of Ola and Ella. It was almost like it was a setup.”