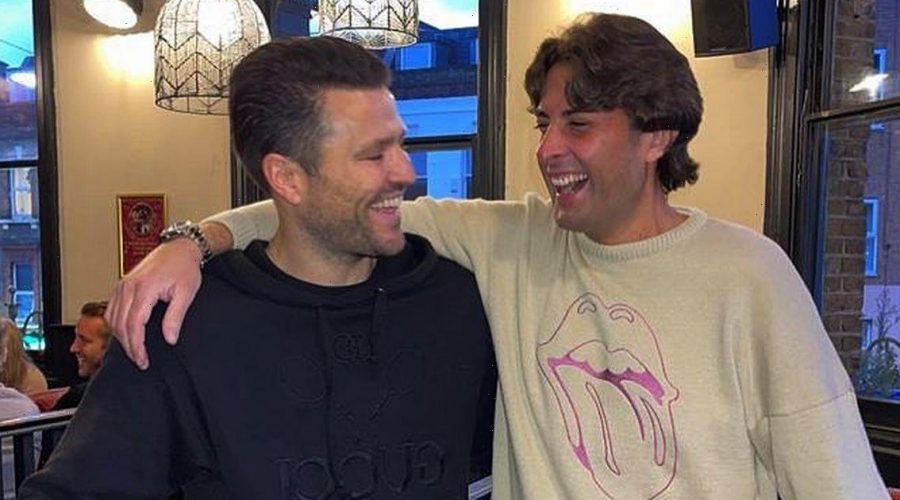 The two reality TV stars were both part of the original line up for The Only Way Is Essex, and the pair have been close pals ever since.

While Mark – who’s currently building his dream home with wife Michelle Keegan in Essex – left the show in 2011, James, 34, stayed on TOWIE until 2019.

The two friends appear to have been reunited over the bank holiday weekend, sparking James to share a picture of them both on Instagram.

In the snap, James put his arm around Mark, 35, as the pair laughed at something.

Mark cut a casual figure in a Gucci hoodie and jeans, while James wore what looked to be a beige Rolling Stones jumper, which he also paired with jeans.

James captioned the photo: “I get by with a little help from my friends #Marg”.

James' Instagram caption gives the nod to the fact Mark helped with his recent 13 stone weight loss — something which the 35 year old admitted was "tough".

He told The Sun: "It's not been easy but, you know, it's just what you've got to do for mates and family — you've got to be there for them. Just got to do it as a friend.

Mark went on: "That was tough, and it's been tough now, but he's getting there. Now he's made a decision on what he's going to do to change it and hopefully it works out for him."

Prior to the photo shared yesterday, Monday 18 April, James hadn’t shared anything on Instagram sincethe passing of his friend Tom Parker – who tragically died on 30 March at the age of 33 after a brain cancer battle.

Sharing a series of snaps of him with the late singer, James penned at the time of his passing: “Tom was such a Kind, Caring & Fun person. A truly Lovely and Beautiful man who was so Strong & Positive. I’m so grateful for all the memories I have with you & the quality time we spent together.

"From those weeks in Austria taking part in “The Jump” to us both stripping off & getting butt naked live on tv for “The Real Full Monty”. Performing together at your stag do is something I’ll never forget & always cherish. Being at both your engagement & baby party meant the world to me."

He went on: “You & @being_kelsey have been great friends to me, All those video calls and advice you gave me really helped me through tough times. You & Kelsey are the definition of soulmates, The most solid & perfectly matched couple I’ve ever known. Your beautiful children will know how much of a legend there Dad was.”

“I miss & love you mate,” his heartfelt post concluded.

One snap showed the pair smiling for the camera as a clip saw them celebrating at Tom's stag-do before marrying his wife Kelsey, 32.

Another photo showed James posing in the middle as Kelsey and Tom held onto him from either side, while a third image showed Tom and the reality star speaking over a video call.