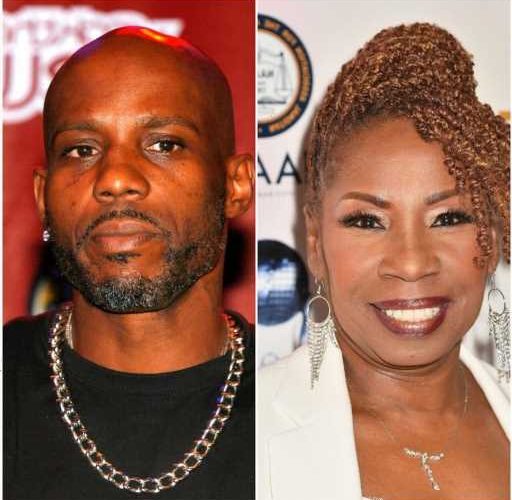 DMX’s talent is undeniable. But in the wake of his death, more is being revealed about his troubled childhood and how its lasting impact. Fans are familiar with his long history of substance abuse and his rehab stints. X was open about his addiction and it was clear during his appearance on Iyanla: Fix My Life just how bad things got at one point. Vanzant says despite X’s mishaps, he was an anointed spirit.

X appeared on the show in 2013. The purpose was to address his estrangement with his eldest son Xavier, who refused to be in communication with his father due to X’s addiction issues and poor treatment of Xavier’s mother.

As the show progressed, it was clear that X’s addiction and rage were overpowering. During the reunion between X and Xavier, X became irate when he felt that Vanzant was coaching Xavier on what to say.

He was also angry, believing Vanzant continued interfering in their conversation instead of allowing the father and son to talk. X later blew up at Vanzant, yelling many obscenities.

He later told TMZ, “Iyanla set the whole thing up to make me look bad for ratings,” adding, “That lady is toxic. My last words to her were that she can suck my d–k and she still can.”

After X’s appearance on the show, Vanzant vowed to never work with him again. For her, the disrespect was too much and she did not foresee him getting to a healthier place with so many enablers around him. X revealed in 2019 that he was open to returning to the show for a doover.

Vanzant was not open to the idea but later admitted that she believed she failed X by not approaching the sensitive situation differently.

In the wake of his death, Vanzant spoke highly of X as an artist and as a prophet, telling The Breakfast Club hosts in a recent interview: “He was anointed but he had never been consecrated. Meaning that his anointing had never been honored and recognized. And unfortunately, he was rewarded for bad behavior.”

Despite their rough time together, Vanzant says X was a gentle giant and she admired his dedication to his faith. “I saw the soft sides of him – when he talked about his grandmother – you know people don’t know that. And he could pray the paint off the wall. He was so anointed. He’s resting and he left a powerful legacy.”

Still, Vanzant wants others to learn from the late rapper’s misfortunes. “He’s also a cautionary tale about how we need to take better care of each other and call each other on our stuff.”

She also revealed that she intended to do a baptismal service for X to reach his highest potential during his appearance. Some of his rap peers, including Ice-T and Doug E. Fresh, were on board to support him. The service did not happen due to the temperature conditions at the filming location.

04/29/2021 Celebrities Comments Off on Iyanla Vanzant on DMX's Death and Their Tense Interaction: 'He Was Anointed'
Recent Posts