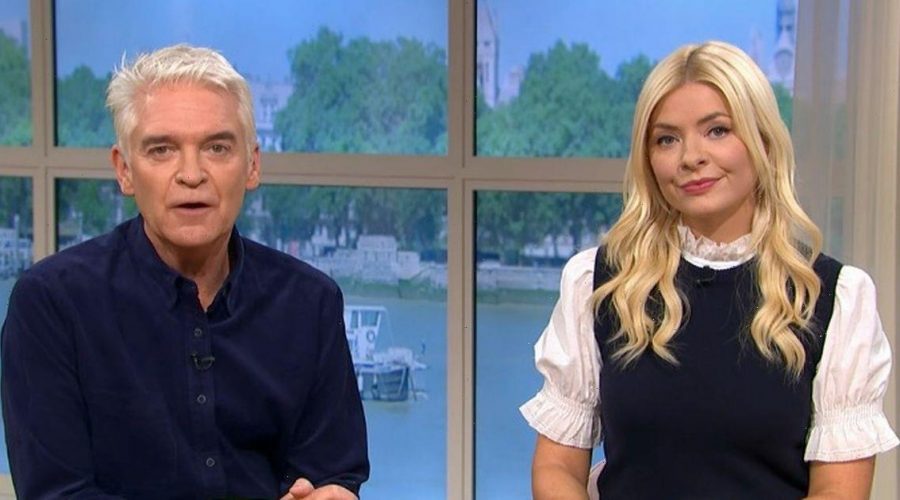 ITV have shut down reports Holly Willoughby and Philip Schofield were not on official Westminster list to see Queen lying-in-state as part of the world's media.

This comes after The Mail on Sunday claimed that the This Morning presenters were not on the list and instead it was the names of the production team that were used to help them gain access.

A spokesperson for ITV told OK!: "Phillip and Holly had full accreditation which was organised by the This Morning production team. Any claims otherwise are untrue."

This news comes after the presenting duo received wide-spread backlash for appearing to "queue jump" to visit Westminster Hall after their media passes granted them special access.

Holly, 41, and Phillip, 60, attended on Friday 16 September, however, their 'media passes' meant that they were fast-tracked ahead of thousands of others who had queued for up to 24 hours.

The controversy generated a huge backlash, especially as other celebrities such as David Beckham and GMB's Susanna Reid queued for many hours alongside members of the public.

In a latest twist in the story, The Mail on Sunday claimed a source told them that Holly and Phil created a “hoo-ha” when they arrived with two colleagues at Westminster Hall.

The source told the publication that the names of their production team were instead used to help them gain access.

The publication says that ITV stated it would not give personal contact details of on-screen talent to the Palace of Westminster authorities meaning the email addresses of programme editor Martin Frizell and another member of the production staff, who accompanied Holly and Phil on the day, had been used instead.

The source involved in the media list told The Mail on Sunday: “When they got there, their names weren't on the list so there were some discussions and – after some back and forth – Phil and Holly were given access and they were ushered through. The whole thing caused a bit of a hoo-ha.”

The publication goes on to state that neither programme editor Martin nor the member of the production staff who accompanied the presenters to Westminster Hall stood in the press pen with them.

Following the presenters being accused of “jumping the queue”, a petition calling to axe Holly and Phillip from This Morning has reached over 70,000 signatures.

ITV leapt to Holly and Phil's defence after they drew criticism, byposting a statementon the This Morning Instagram last weekend.

An ITV spokesperson told OK!: "This Morning had press accreditation and like other media, Phillip and Holly were escorted to work from the press gallery by government staff. They did not file past The Queen's coffin.

"They were there alongside a host of other broadcasters and national press outlets for an item that will be broadcast on Tuesday's show. Any allegations of improper behaviour are categorically untrue."

"We asked Phillip and Holly to be part of a film for this Tuesday's programme.

"They did not jump the queue, have VIP access or file past the Queen lying in state – but instead were there in a professional capacity as part of the world's media to report on the event."