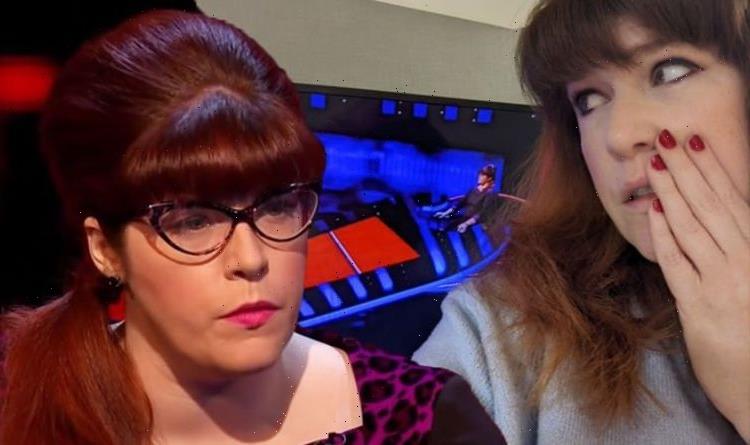 Jenny Ryan, 39, took to Twitter to address The Chase fans watching her appearance on the show this evening. She was distressed, however, when fans “still argue” with her about “how the game should be played”.

Jenny posted a picture of herself watching The Chase, along with the caption: “Yes, I do watch my shows back. No, I don’t remember the results. Yes, it is torturous.”

Then, in view of her 102,200 followers, Jenny was quick to comment about her anger over the episode.

She penned: “Cute that, after all these years, people will still argue with me about how the game should be played.”

Jenny continued in another tweet: “The ‘money’ is basically a thought experiment – until the Chaser’s time runs out.

“Nobody’s ‘taking money’ from anyone, whatever offer they choose.”

This comes after tonight’s episode saw players Michelle, Jacob and Allie take on ‘The Vixen’ in the Final Chase.

The team seemed to get off to a great start, although Bradley was left with his head in his hands after contestant Allie took Jenny’s minus offer.

Allie was the last to take on The Chaser, with £47,000 up for grabs from the other players.

Bradley and Allie’s fellow contestants were left taken aback when the mum-of-two decided to take Jenny’s staggering minus offer of £17,000.

Allie admitted she didn’t want to risk it and despite her hesitation, Jenny defended the contestant by telling Bradley it was a good choice.

This led to a social media outrage, leading to why Jenny took to Twitter to talk about “show rules”.

Gem wrote: “Imagine taking the minus £17k offer, hope she goes out #TheChase.”

Fans of the show took to the comments after Jenny hit out on how the game “should be played”.

Stephenjhalbert said: “Love you Jenny but we are entitled to our opinion.

“There are no set rules for taking offers and we all have our own thoughts on it.”

AnthonyH1976 commented: “No way can you justify her taking minus £17k!

“Hope she buys an inflatable hot tub and gets a puncture in it!” (sic)

Jenny joined The Chase in 2015, after being recommended for the job by fellow chaser Anne Hegerty.

She took to Twitter last month to share details on her “awful” GP phone experience that led her doctor to “fat shame” her.

“Your GP can now fat-shame you over the phone, so you don’t have to waste time travelling and sitting in a waiting room before being made to feel awful about your own existence.”