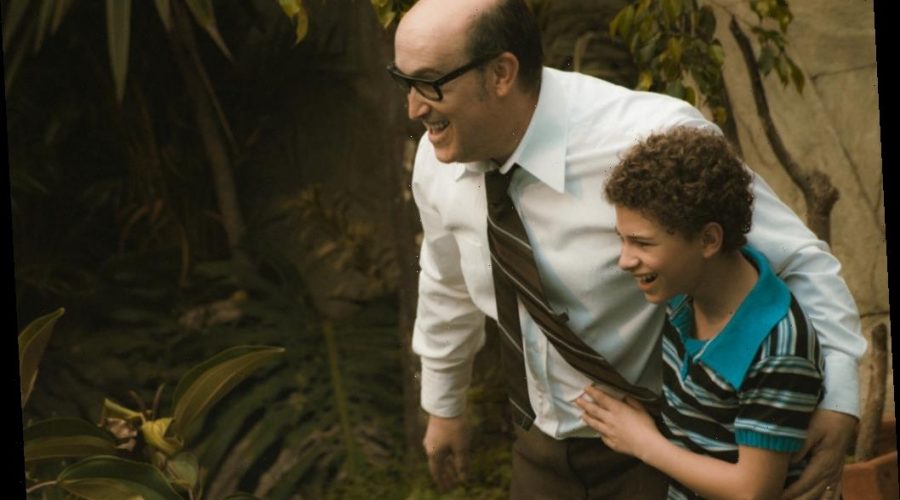 Having scored an Oscar for Spain with Belle Epoque in 1994, director Fernando Trueba returns to the International Feature Film race with a Colombian entry. Memories Of My Father (aka El Olvido Que Seremos) strikes a similarly nostalgic note to Belle Epoque, but focuses on familial love. Based on Héctor Abad Faciolince’s memoirs, it’s adapted by the director’s own brother, David Trueba: an apt familial collaboration.

Set in two timelines, Memories Of My Father opens in Turin, 1983, where Colombian student Héctor (Juan Pablo Urrego) is summoned to a ceremony honoring his father, Héctor Abad Gómez (Javier Cámara), a celebrated doctor and social justice campaigner. The film then flashes back to the writer’s childhood in 1970s Medellín, where much of the film takes place.

Curiously, the 1980s scenes are in black and white. The director has said this was an instinctive choice, but it could be read as a reflection of a darker, more somber mood. It also highlights the contrast with the colorful, warm glow of the childhood scenes that invite a sense of misty-eyed nostalgia.

Thanks to establishing shots through a telescope, it is clear from the off that we are seeing everything from the point of view of young Héctor, then nicknamed Quiquín, and beautifully played by Nicolás Reyes. Quiquín is a mischievous scamp who’s indulged by his doctor father on a regular basis. As his mother and four sisters whirl around the busy home, Quiquín enjoys regular one to one time with Héctor Sr. Even chastisements tend to turn into moments of bonding.

Despite an engaging supporting cast, the scenes between these two are the film’s most powerful. They’re often funny, too: Almódovar regular Cámara delivers his character’s pithy sayings with a deft touch. Upon seeing a new suitor serenading his daughter Carla, he confides to Quiquín that he prefers him to last week’s Romeo. “The other was too ambitious… Men who are too ambitious are never faithful husbands.” He’s also amusing when schooling his son in the best ways to avoid, yet feign interest in, religion — and when advising him on masturbatory discretion.

More serious adult matters are glimpsed through Quiquín’s eyes, whether he is being taken to meet sick children in hospital, or watching domestic dramas unfold through closing doors. Some dramatic events play out in the background: Quiquín chats with his sister in the back of the car as their father drives through a bomb blast. It’s not the only time this recalls the film “Roma.” Memories Of My Father doesn’t pack the same punch as Alfonso Cuarón’s Oscar-winner, but it’s an affecting watch, eventually shifting from the personal to the political while retaining its protagonist’s naive perspective. It’s a shame that the teenaged/young adult Héctor elicits less sympathy than his younger version: at that age, his self-centeredness is harder to forgive. Is his spoiled childhood to blame? Such speculations are left to the viewer. But it’s easy to agree with him on one key point: his admiration for Héctor Abad Gómez. Memories Of My Father is a vivid portrait of a smart, principled, kind man who fought for public healthcare, making it another topical Oscar contender for 2021.