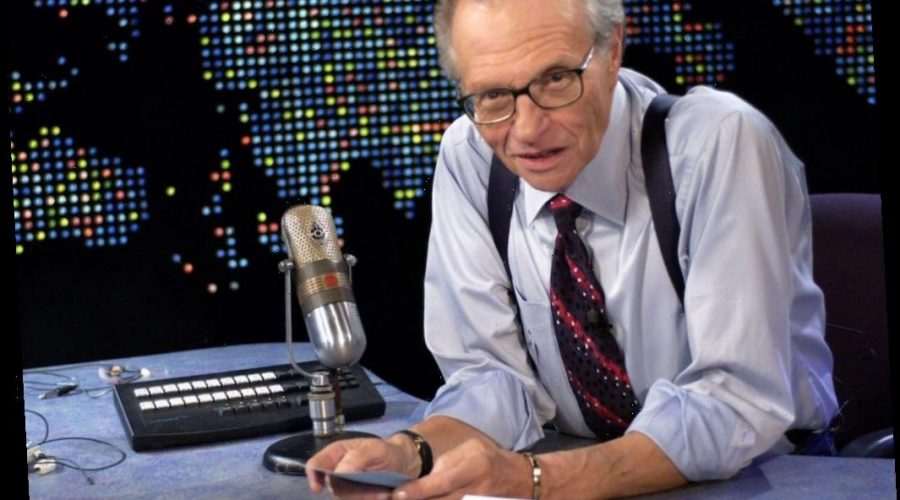 Larry King’s death at the age of 87 has devastated fans of his of all generations. The longtime talk show host conducted over 40,000 interviews throughout his career, including with some of the biggest names in Hollywood. His 1994 meeting with award-winning actor Marlon Brando in particular remains one of his most memorable interview moments.

By the mid-1990s, Marlon Brando had become a reclusive and mysterious figure in Hollywood. He agreed to speak with King for an episode of Larry King Live to promote his book, Songs My Mother Taught Me, on the condition that King came to his home to conduct the interview.

Throughout their conversation, they talked about everything from Brando’s smash hit movies to the experiences he had throughout his illustrious career. The two were fond of each other, and they ended the interview by putting their arms around each other and singing the classic song “Got a Date With an Angel.”

What happened next sent shockwaves around the world. King threw in a joke about “making an offer he can’t refuse” (in reference to Brando’s iconic line from The Godfather), and Brando looked King in the face and kissed him on the mouth. “Darling, goodbye,” Brando told King.

The interview was the subject of a parody on Saturday Night Live starring John Travolta.

Larry King’s producer got in trouble for the kiss

In the 1990s, there was still a huge stigma around gay Americans as the AIDS crisis continued to rage, and even though King and Brando were both married to women, executives at CNN were reportedly furious with the on-screen smooch.

Wendy Walker, then the executive producer of Larry King Live, recounted the moment to CNN after King’s death. “The only time I ever got in trouble in my 32 years at CNN was when we were doing the interview with Marlon Brando,” she said. “And we were doing it from his house because at that time he was a recluse and … that was the only way he would do it.”

“They kissed on the set — which of course you remember that famous kiss,” she continued. “Well, I thought, ‘Oh my God, this is such a TV iconic moment.’”

“Well … our lovely, loving boss that we love so much, [former CNN president] Tom Johnson, called me and said, ‘Why did you let them kiss?’” she remembered. “And I said, ‘I guess I forgot… to tell them that if they were having a really good time that they shouldn’t kiss at the end of the show.’”

Johnson smiled while recalling the moment in an interview with the network. “It wasn’t just a light kiss. It was a full frontal kiss of the two of them,” he said. “And I just sat there… ready to get under the desk. I received a lot of calls from time to time but I knew that I would have them then — as I did. But my call to Wendy… it really was, ‘Wendy, Why? Why did you let that happen?’”

While Brando didn’t give credence to the rumors of his sexuality himself, many people have come forward in the years after his death to confirm what many people already know: that he did have several romances with other men in Hollywood.

In 2018, music mogul Quincy Jones mentioned the longtime rumors of Brando being with several powerful men in the industry in an interview with Vulture. Among the names Jones mentioned: author James Baldwin, actor Richard Pryor, and singer Marvin Gaye.

Pryor’s wife Jennifer Lee Pryor confirmed Brando’s romance with her late husband on Twitter. “Hey girl, it was the ’70s,” Pryor said. “Enough cocaine and good music, one could f*ck a radiator and send it flowers in the morning!”