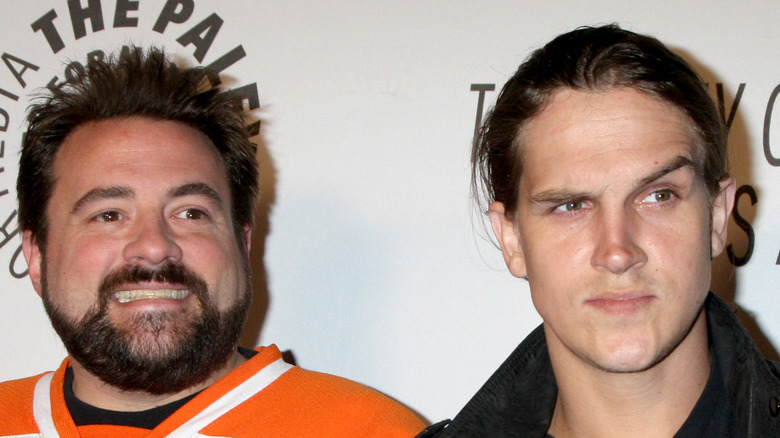 It’s hard to believe that Kevin Smith and Jason Mewes have been making movie magic together for the last 27 years. The iconic pairing started in the ’90s with the movie “Clerks” (via Movie Web). That film was the jumpstart to Smith’s filmmaking career, one that would almost always include a role for Mewes. As friends before breaking into the movie industry together, Smith wanted to showcase his friend Mewes, whose personality wasn’t far off from the character he portrayed as Jay. The pair would go on to make iconic comedies like “Jay and Silent Bob” and “Dogma,” as well as follow-ups to the “Jay and Silent Bob” and “Clerks” films that are just as iconic as the originals (per IMDb).

The chemistry between the two actors on film is undeniable. They create comedy gold (per The Things). Fans of the duo’s films would be happy to know that the chemistry isn’t just acting. The pair have a beautiful friendship in real life.

They've been friends since childhood 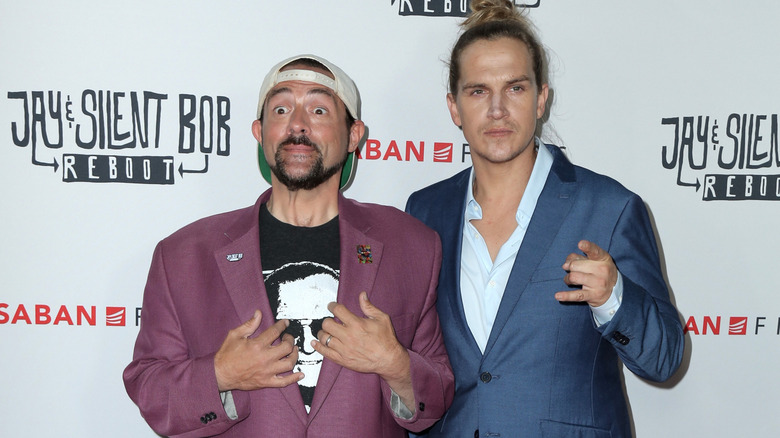 As it turns out, these two have been friends since childhood. Mewes told The Music, “When we first started hanging out I was thirteen or fourteen and he was eighteen — I was friends with Bryan Johnson from [reality TV show] ‘Comic Book Men,’ I knew him through my brother — so at first all those guys hung out and didn’t even really want me around because they thought I was just a little kid, so to see over the years where our friendship has been and how it’s grown has been awesome.”

While Smith and Mewes’s relationship has always been magical on and off-screen, it hasn’t always been easy. Mewes struggled with an addiction that interfered with their working and personal relationship. However, he got clean and sober, and Smith has always taken the time to celebrate his friend’s accomplishments (per ComicBook). In an Instagram post, Smith gushed, “It’s been an excellent decade in which we both grew closer because Jay made the choice to keep it clean. It’s hard governing your habits but Jay does it daily now — and because he does, he makes our lives fun and profitable!”

Smith and Mewes have gone down in comedy history as a fan favorite duo. Outside of filming, they are best friends whose chemistry exists far beyond the lines of a movie!