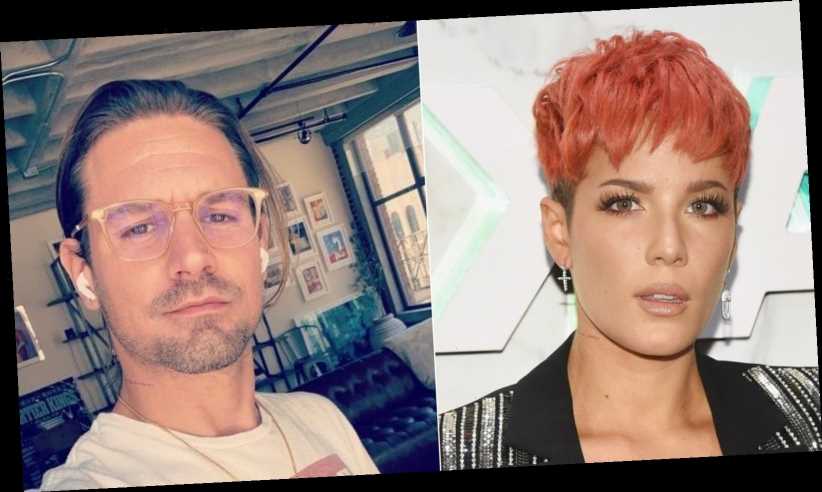 Halsey shocked the world by announcing out of the blue that she’s expecting her first child. The pop star debuted her growing bump on Instagram with a series of sultry snaps alongside an accompanying caption that simply stated, “Surprise!” Halsey also notably tagged Alev Aydin, her baby daddy, in the post. The New Jersey native has had a long road to motherhood, suffering a miscarriage in 2015 right before a show, as she told Rolling Stone at the time.

In 2018, Halsey confirmed she’d frozen her eggs at the age of 23 just to be sure. Us Weekly notes the singer-songwriter argued, “I need to be aggressive about protecting my fertility [and] about protecting myself,” during an appearance on The Doctors. She admitted to feeling “like less of a woman” due to her reproductive struggles but looked forward to a “bright future.” Thankfully, it all seems to have worked out thanks to her relationship with Aydin.

This relatively new couple is keeping things under wraps

Although Us Weekly advises the couple was first linked in October 2020, In Touch Weekly confirms they’ve been friends for much longer. The duo was spotted taking in a Lakers game in January 2019, and was later photographed buying art supplies together a couple months later. Aydin is a writer, actor and producer, with IMDb credits on the likes of TV series Turbo and Joey and Small Shots, as well as 2013 movie Lonely Boy. He’s evidently excited about becoming a father, writing, “Heart so full. I love you, sweetness,” on his lady’s announcement post.

Aydin keeps his Instagram mostly to old-school family shots and movie stuff, with very few pictures of himself. Neither party has couples shots on their account. The Turkish native and Halsey recently got matching tattoos on their feet reading simply “seeds.” Artist Amanda Owley noted on Instagram, “‘Seeds’ is for planting seeds. She said this is cosmically the best week to plant seeds in your life.” In an interview with People, Owley elaborated, “They got the tattoos in each other’s handwriting, which is a pretty intimate thing to do.” Evidently, the seeds this low-key couple has planted together are coming to fruition.