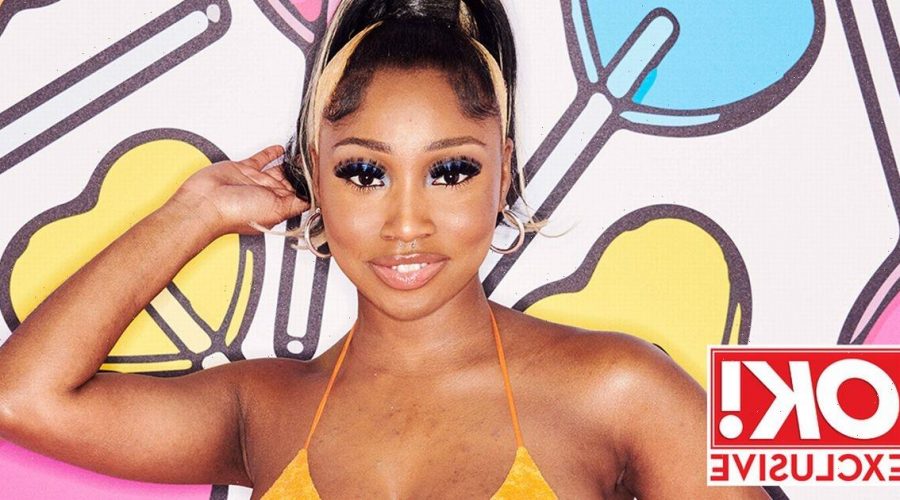 Indiyah Polack has had a turbulent time in the Love Island villa.

The waitress from London struggled to find a connection with initial partner Ikenna Ekwonna before seemingly striking gold with Irish charmer Dami Hope.

But just as Indiyah and Dami seemed to be settling into a good groove, the producers told the girls to pack their bags for Casa Amor – where new boys awaited them while new girls were brought into the villa to spice things up.

And Indiyah, 23, and Dami, 26, both had their heads turned. Senior microbiologist Dami got to know Summer Botwe, 22, while Indiyah shifted her focus to 25-year-old Deji Adeniyi – with both of them going on to recouple.

But Indiyah’s childhood friends Beryl and Symone are convinced things will work out for the Londoner, exclusively telling OK! she is a “rock star” – and they are backing her to win.

However, they admit they’re not sure what the future holds for her and Dami.

"Loyalty and trust is a big thing when you’re pursuing a relationship. I’m not 100% sure they can survive," says Symone.

And Beryl adds of Dami getting to know Summer, "I try to keep an open mind but I do think an episode we watched will leave a funny taste in Indiyah’s mouth because of the way he went about it."

Here, Beryl and Symone share their thoughts on Dami and Deji – and reveal the famous faces who are rooting for Indiyah just as much as they are…

Hi, both! What has it been like watching your pal Indiyah on Love Island?

Beryl: Every time I see her I’m grinning ear-to-ear because she’s doing such a good job. She’s very natural. How she is on the show is actually how she is in real life.

She has become a firm fan favourite. Have you been surprised by the reaction?

Symone: No, because she is such a likeable person. It was kind of expected.

Are we seeing the Indiyah you know and love?

Beryl: Even when you watch Love Island’s Unseen Bits, where she was play-fighting with Dami, I thought, “That is literally Indiyah.” She is so goofy and she loves to have a good time.

How would you describe Indiyah’s personality?

Symone: She has her chilled, calm side but she knows how to have fun and have a good time, too.

Did you think Dami and Indiyah would both stay loyal at Casa Amor?

Symone: Yes, I thought that theirs was quite a solid situation.

Beryl: I agree. But also, don’t put all your eggs in one basket. I understand they are a really good couple and I love that. But I like how Indiyah went about things in a respectful way. People might come in and you might find that you’re compatible with someone else. It’s just about making sure you’re doing it in a way that respects the other person’s feelings.

We’ve seen new boy Deji recouple with Indiyah. What do you make of that?

Beryl: He’s really cute. I like his personality. I feel like he and Dami are quite similar, the confidence.

Symone: He’s got that London confidence – it feels like home.

Do you think Indiyah has what it takes to win?

Beryl: 100%. When you see all the messages on social media, they’re so positive.

07/08/2022 Celebrities Comments Off on Indiyah’s pals surprised she’s re-coupled: ‘She and Dami made each other feel like home’
Recent Posts