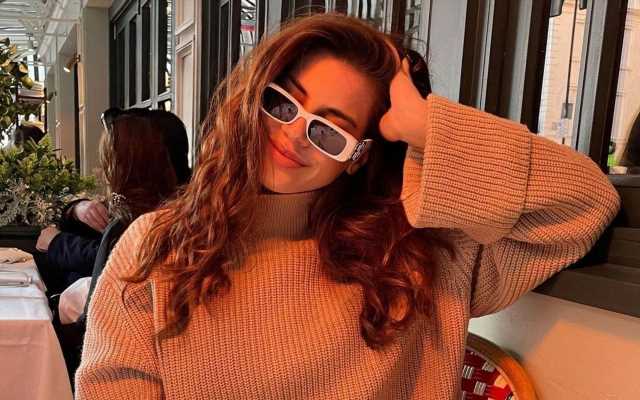 The former member of ‘Big Brother’ rules out having a big party and would rather go on holiday to celebrate her upcoming birthday as she freaks out over hitting the milestone.

AceShowbiz –Imogen Thomas won’t celebrate her 40th birthday with a party. The former “Big Brother” star would rather go away on holiday for a “girly dinner” than have a big celebration when she hits the big 4-0 in November this year because she has been having a “meltdown” over the milestone.

“Oh God! I was just saying that I’m having a meltdown. How am I nearly 40? I was going to [have a party], but I don’t think I will now. I told all my friends I don’t want to have a 40 balloon. I think I’d rather go away and enjoy it that way, and go for a girly dinner!” she said.

Meanwhile, the former Miss Wales winner – who has five-year-old Ariana and Siera, two, with ex-boyfriend Adam Horsley – has now found love again but admitted that their meeting was “so random” because she had not been looking for anyone and explained that he is not in the public eye.

She told new! Magazine, “I met this one through friends – it was just so random! I think that when you’re not looking, that is when you’ll find someone. We’ve been dating for a couple of months now and he’s not in the public eye. ” Asked if any more children were on the cards, Imogen replied, “No, I’m done!”