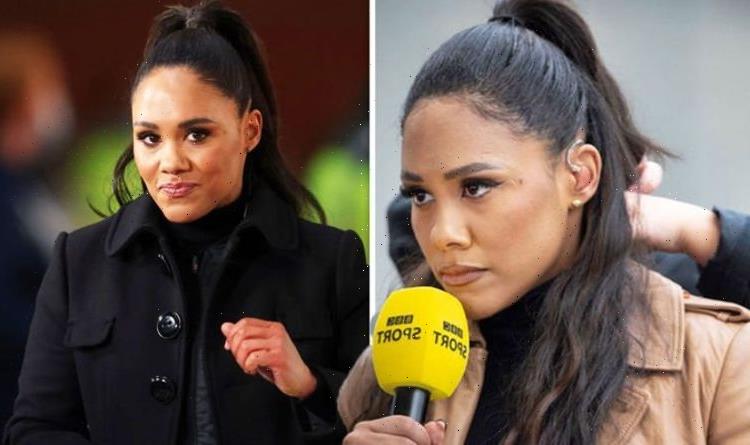 Alex Scott relaxes as she detoxes on a juice retreat

In a new interview, Alex opened up about balancing her busy schedule and various work commitments.

She explained the importance of setting boundaries and prioritising in order to keep on top of her wellbeing.

The sports personality admitted it has been a “struggle” as she is a “people pleaser”.

“Just last week I listened to a really great Ted Talk podcast about meetings and owning your time,” Alex said.

“I’m a bit of a people pleaser and I often say yes to everyone and try to be at everyone’s meeting when, actually, it’s about prioritising what I need to do for my own health as well.”

She added to the Stylist: “Everyone thinks that their meeting is the most important, but I’m spinning 10 different plates. So, it’s about prioritising and trying to reschedule.”

Alex, who also presents The One Show on occasion, added that she has been trying to find balance with work.

“It’s a struggle, but it’s about hearing that and resetting,” she told the same publication.

Alex went on: “I’ve been trying to find the balance.

“And I find meaning by making sure I take the time to switch off, go for a walk, listen to a podcast or do something with family and friends.”

She added: “It’s about having fun away from everything else.”

Meanwhile, Alex has called for more female game show hosts after she landed a new role.

The former Arsenal and England footballer is fronting the new BBC daytime quiz show The Tournament.

Speaking to the Mirror, Alex said: “We’ve all grown up knowing that quiz shows are male, with a certain look or a certain sound.

“So, all I can hope for now is people see me on The Tournament… they believe that there’s the space for them.”

The Tournament brings the sporting arena to BBC Daytime as eight contestants compete in a series of fast-paced quiz battles in an attempt to eliminate their opponents from the day’s game and walk away with a cash prize.

“To be hosting this new BBC quiz show is exciting and I can’t wait to get started,” Alex said of her new hosting role.

“The Tournament promises all the drama and tension of a penalty shootout; it’s a show where favourites can be knocked out of the competition and underdogs can come back from the brink of defeat to claim victory.

“I’m sure it’ll be a firm favourite with quiz fans and new viewers alike.”

The Tournament airs weekdays on BBC One at 2:15pm.