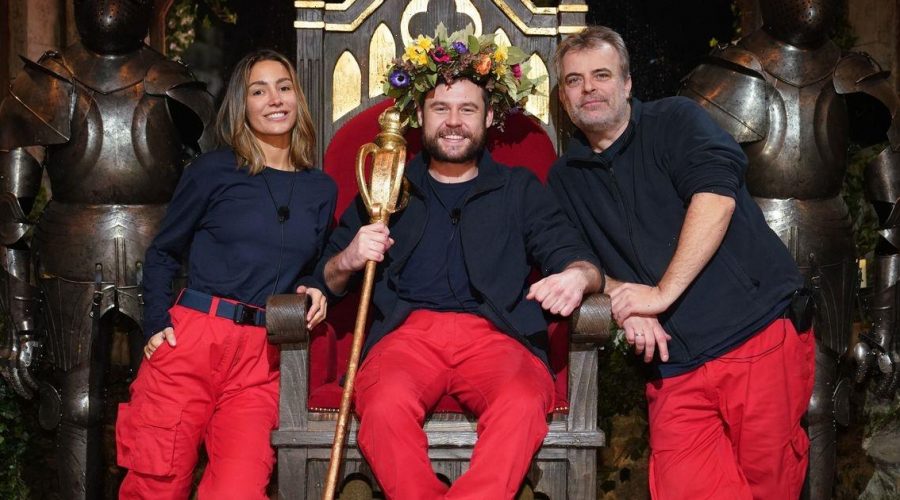 Danny Miller has joked he will not be giving the crown over to the 2022 winner of I'm A Celebrity… Get Me Out of Here! as he settled down to watch the first episode of the fan-favourite show on 6 November.

The 31 year old won last year's series of the programme, which was set in Gwrych Castle in Wales, beating the likes of Simon Gregson, 48, and Frankie Bridge, 33.

Now, the ITV show has returned to its roots as campmates have flocked to the Australian jungle to suffer through Bushtucker trials and meals consisting of beans and rice.

Danny couldn't help but take to his Instagram feed to share his thoughts on the launch show as he posted a snap of himself with former professional footballer David Ginola, 55, in the castle.

"Pizza and beer and @imacelebrity new series tonight." he started his message before joking: "Jealous but excited and if you think I’m handing over my crown you’re wrong, I’ve hidden it so come and find it if you want it," followed by two crying with laughter emojis.

He went on: "Crazy emotions running through my mind in honesty! Just enjoy it camp mates #imacelebrity," alongside a caterpillar emoji, an ant emoji, spider emoji, ladybird emoji and a throwing up emoji.

Many of his 715,000 followers were quick to reply as one person shared: "Imagine signing up and finding out you have to share a camp with Matt Hancock though," followed by several emojis of monkeys with hands covering their eyes.

Danny quipped: "Awks," as he hit out at former health minister Matt Hancock, 44, who is set to get a grilling from Charlene White in the jungle.

Meanwhile Big Brother star Hughie Maughan, 28, questioned: "Do u wish u got to do it in Australia?"

To which Danny replied: "@hughiemaughanofficial little bit to be fair but I also don’t like the heat, random bugs you aren’t warned about OR tax in both countries," with a crying with laughter emoji.

Celebrities and fans alike all sat down to watch the programme start on Sunday and have already declared Mike Tindall is their "fave royal" after his first challenge saw a spider crawl on his head.

During the introductory trial, Mike, 44, Owen Warner, 23, and Sue Cleaver, 59, battled the elements and critters to solve a puzzle in the hopes of unlocking a star.

Before long, Mike volunteered to submerge himself under the water and swim into an overturned boat, telling his co-stars that he would do it as he has “no hair.”

It took the rugby player way too long to realise a spider was on his head, which he swatted away effortlessly before telling his teammates.