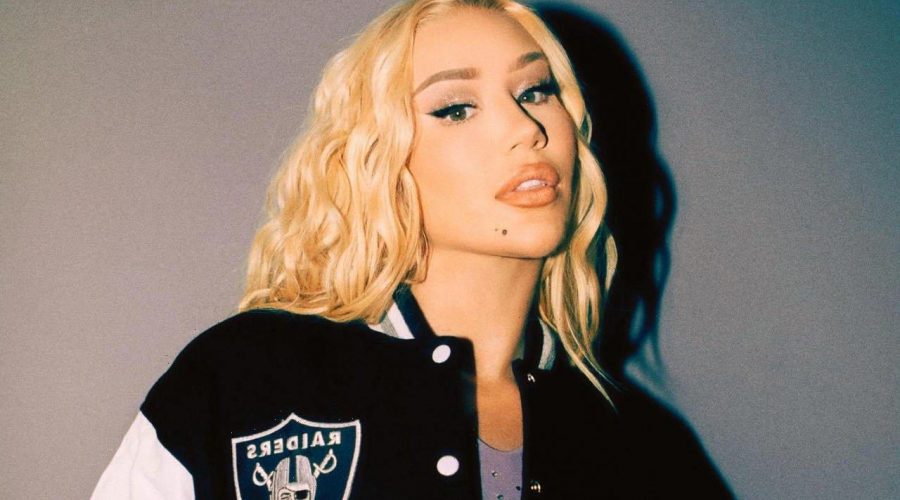 After hinting that her upcoming content on the adult-only platform will feature some breasts-baring snapshots, the ‘Black Widow’ rapper says that she’s ‘not playing by anyone’s rules.’

AceShowbiz –Iggy Azalea definitely knows how to send her fans into a frenzy. The Australian rapper/singer made use of her Instagram account to tease topless content for her new OnlyFans page.

On Friday, January 20, the “Black Widow” raptress dropped some teasers in an attempt to recruit more subscribers for her “spicy site.” She posted a short video of her pulling up her tiny sheer white tank top while posing for the camera.

Through her reflection on a window, Iggy, who styled her hair like Pamela Anderson‘s iconic ’90s hair and sported a tiny blue thong, could be seen covering and hiding her bare breasts with both hands at first, before dropping one hand as the camera snapped away.

“You know the vibes. Hotter than… [fire emoji],” so Iggy captioned the post. Not stopping there, the 32-year-old star uploaded the clip on her Instagram Story and wrote, “10pm link in bio.”

A few hours after teasing the upcoming racy content on the often-salacious platform, Iggy, who previously vowed to never join OnlyFans, turned to Twitter to declare that no one can stop her to do whatever she wants. “I’m not playing by anyone’s rules in 2023,” the “Fancy” hitmaker tweeted.

Iggy launched her OnlyFans page on January 13. Along with a video of her striking sultry poses in bed, she wrote, “SURPRISE! I’m dropping a mixed media project called ‘Hotter Than Hell’. There’s photographs, visual art collabs, videos, merch & all kinds of aesthetically pleasing, hot as hell things happening this year. You can get first look content + updates on my new OnlyFans account.”

Within 24 hours, it’s reported that Iggy earned nearly AUD$500,000. However, the “Problem” raptress quickly shut down the reports, tweeting, “Lol, Y’all just be saying s**t to say s**t at this point cause that number was pulled outta thin air.”

In a following post, Iggy explained that she refuses to reveal her earnings from the adult-only platform. “With love. I won’t share what I make on OF, in the same way I didn’t share what I earned selling my music catalog,” she stated. “amounts being reported don’t come from a valid source.”