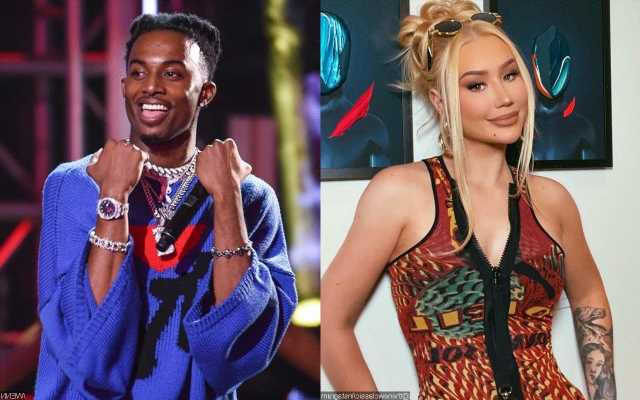 The Australian femcee seemingly is not impressed by the ‘Miss the Rage’ rapper’s recent interview, in which he described her as a ‘great mom’ and the ‘best mother in the world.’

AceShowbiz –Iggy Azalea has seemingly reacted to Playboi Carti‘s recent interview where he talked about fatherhood. After her baby daddy said he “takes care” of her despite no longer being together, the “Black Widow” hitmaker couldn’t help but laugh at his claim.

The 31-year-old femcee, born Amethyst Amelia Kelly, offered her two cents on Twitter on Tuesday, April 12. “Take care of me? Lmaooooo let’s not get carried away now,” she penned.

When one of her fans replied, “LMAODOD B***H I SAW THAT AN WAS LIKE WHAT.” The Australian raptress emphasized, “I laughed. A lot.”

In his interview with XXL Magazine, Carti opened up about how it feels to be a dad. “I’m a father. You know what I’m saying? You know how it is having kids. I just got responsibilities. I pay a lot of bills. I take care of a lot of people,” he said.

During the chat, Carti also divulged that he’s excited about their son Onyx Carter’s upcoming 2nd birthday. “My son. His birthday is coming up in three weeks. I got him a crazy chain, too. He’s going to be a problem. That’s who you need on the next cover. He’s beautiful,” he shared.

Carti and Azalea broke up in late 2020. After they called it quits, the “Fancy” raptress has taken the role of a single mom. She even took her baby boy with her while she was on tour.

Speaking about how it felt to balance motherhood and her career, Azalea tweeted last September, “4 shows in a row with a baby who wakes my a** up at 6.30am daily is a fully blown test on my body’s ability to recharge.” She added, “Taking a much needed two day break now.”