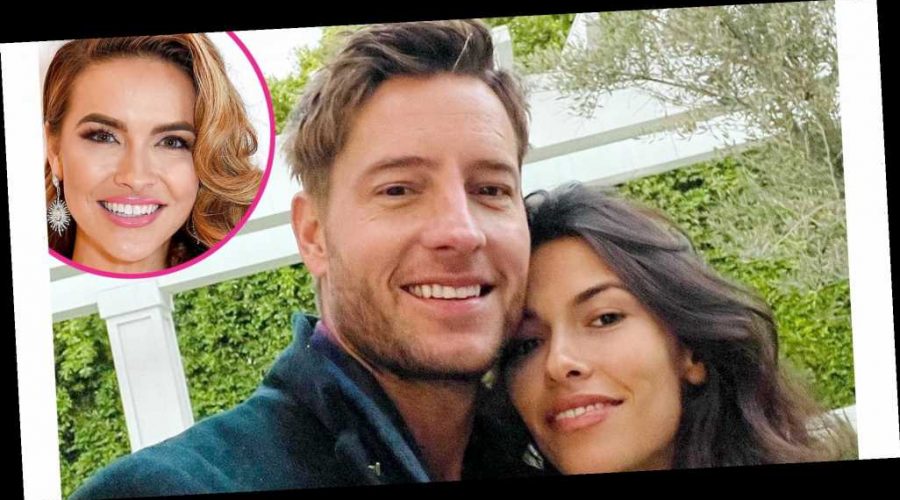 All in the name of 2021! Justin Hartley and Sofia Pernas seized the opportunity to go public with their relationship while ringing in the new year amid his divorce from Chrishell Stause.

The former Young and the Restless costars shared photos with each other for the first time via Instagram just before midnight on Thursday, December 31. He uploaded a black-and-white selfie showing the couple all dressed up in a kitchen, while she posted a sweet snap of them getting cozy in front of a sunset.

Us Weekly exclusively revealed in May 2020 that the soap stars were dating after they were spotted kissing in Southern California. While they had not shared any pictures together until Thursday night, Pernas posted an Instagram Story in August that showed a man’s arm, seemingly Hartley’s, holding a cocktail and a cigar. “Easy like Sunday mornin’,” she captioned the post at the time.

Justin Hartley and Chrishell Stause: The Way They Were

The This Is Us star started seeing the Blood & Treasure actress after filing for divorce from Stause, 39, in November 2019. The Selling Sunset star later claimed that she was blindsided by the filing and found out via text message 45 minutes before the news made headlines.

“The way Chrishell sees it, that’s something Justin has to live with,” a source exclusively told Us in September 2020. “Her conscience is totally clear.”

Celebrity Couples Who Called It Quits in 2020

Stause, who married Hartley in October 2017 after four years of dating, has since moved on with Dancing With the Stars pro Keo Motsepe. The couple made their romance Instagram official in early December 2020 after competing against each other on season 29 of the ABC dance competition.

“I’m grateful. I had the best experience [on DWTS], but this to me is the coolest thing,” the real estate agent later gushed on Instagram Live. “I knew from my dance work I wasn’t going to win a mirrorball from the beginning. To have this come from it, I’m just very smitten.”

Hartley, for his part, was previously married to Lindsay Korman from 2004 to 2012. They share 16-year-old daughter Isabella.