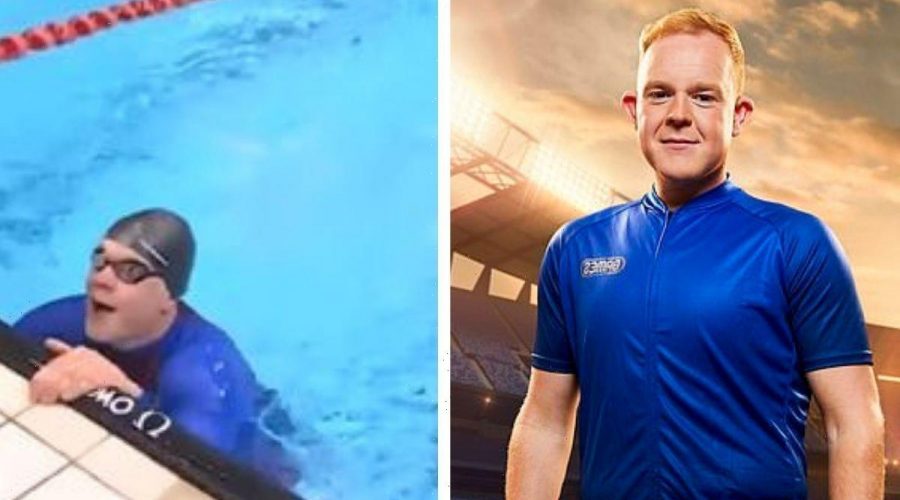 Coronation Street’s favourite copper, Colson Smith – who plays Craig Tinker on the soap – had previously been too afraid to learn swimming skills, due to self-consciousness about his weight. However his participation in new ITV show The Games saw him overcome his inhibitions and start swimming like a pro.

As a kid I never wanted to be in a swimming pool. For me it was associated with humiliation

The 23-year-old, who felt cripplingly conscious of his weight as a child, leading him to refuse to be shirtless, spoke out this week on his struggles.

“When I took on The Games I couldn’t swim,” he explained.

“As a kid I never wanted to be in a swimming pool. For me it was associated with humiliation.

“In school, with your top off, being fat, you don’t want to go swimming. Swimming was a big no-no.”

That, of course, was before Colson lost an incredible 10st in weight after overhauling his lifestyle and diet.

Now he has managed not just to swim but to surpass his personal best in Tuesday’s 50m freestyle, beating it by more than ten seconds.

He started to learn just five weeks before the competition and surprised himself with how quickly he gained abilities.

“Before The Games’ swimming lessons started, I could do a doggy paddle, but I couldn’t swim a length, so we progressed from there,” he added to The Sun.

Although he wasn’t the winner, Colson is chuffed with himself for breaking down the psychological barriers that prevented him from taking part in the first place.

Meanwhile, he is looking forward to continuing to improve as time goes on.

“I am the happiest person to come last at an event!” he joked afterwards, telling the world that he was “buzzing”.

He added that achieving the length in under 55 seconds had been his best timing so far.

It had been a gruelling lead-up to getting fit, with Colson sneaking around during the “witching hour”, in the dead of night, to avoid being detected.

He admitted that he disguised himself in a snood and cap while doing running sessions in the dark to avoid being recognised as his Coronation Street character while he underwent the transformation.

Colson has also said he was bullied in the past for having ginger hair.

However, after building up an “addiction” to running, his confidence has increased dramatically.

He also spoke about his transformation in an appearance on BBC Breakfast last year, revealing how much more “energised” and motivated he feels since losing weight.

“When I was the fat kid, I didn’t realise what I was doing to myself,” he reflected.

“Everything just feels better because I’m putting myself first and giving myself the opportunity to be the best that I can be.”