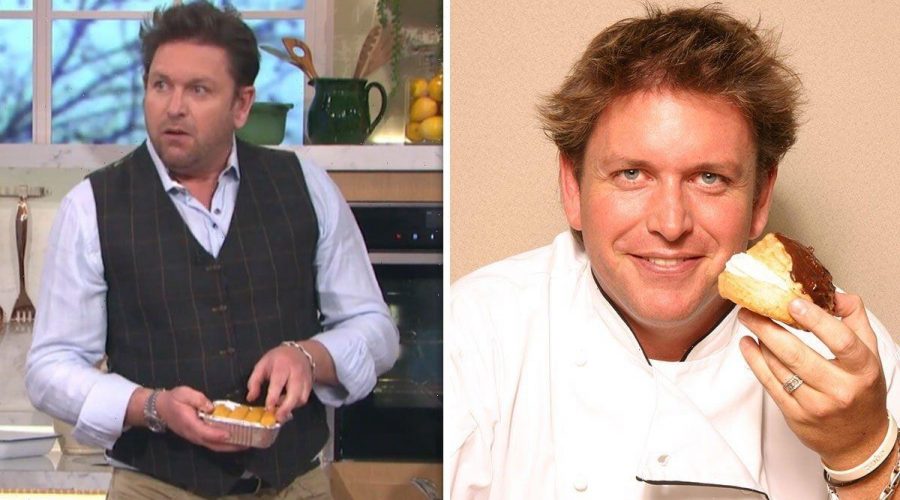 James Martin gets emotional as he celebrates his 200th show

For ten years, James Martin, 49, wowed Saturday Kitchen fans with his unique recipes. When he stepped down from the role after experiencing an epiphany, he admitted his dedication to his career had come at a price.

James said his busy work life had been a “lifestyle choice” that he made instead of having a wife and children.

“The sacrifices you make are huge. All your mates are married and have children,” he began.

“It was quite funny – my friends came over to my house last week and we were walking through my garages when one of them said, ‘So this is what you could have had if you didn’t have kids’.

“It’s a lifestyle choice. The sacrifices you make doing your job are colossal, but the rewards are huge,” he added to Reader’s Digest.

The chef continued: “And I don’t mean financial, it’s in here and here,” he explained, pointing to his head and heart. “That’s what matters.”

James’ decision to quit the show came under shocking circumstances as he watched a man die moments after they chatted.

At the BBC Good Food Awards in 2015, James got chatting to businessman Dominic De Souza, who was a similar age to him.

But Dominic walked up on stage minutes later – and tragically suffered a fatal heart attack.

James says the tragedy changed his life and worldview forever.

“Work was fundamental,” he explained on Loose Women.

“But I was doing a gig abroad and I was chatting to a gentleman the same age as me with a similar work ethic, really keen on work.

“He went on stage literally five minutes after I spoke to him to do an awards ceremony and he died before he hit the floor.”

James continued: “Just all of us were in total shock, and I got back on the plane and thought, ‘Now I’m going to re-address the balance.’

“That was over a year ago. And I looked back at all the work I’d done. I’d had four days off that year and five days off the year before.

“That’s when I realised things would have to change. It’s partly the reason I gave up Saturday Kitchen.”

However, nothing could have prepared him for the public’s reaction to his departure.

James told The Mirror: “I didn’t think leaving Saturday Kitchen would be such a big deal.

“I genuinely said to my agent, ‘Stick it out there, but no one will be bothered,’ and next minute it was all over the papers.