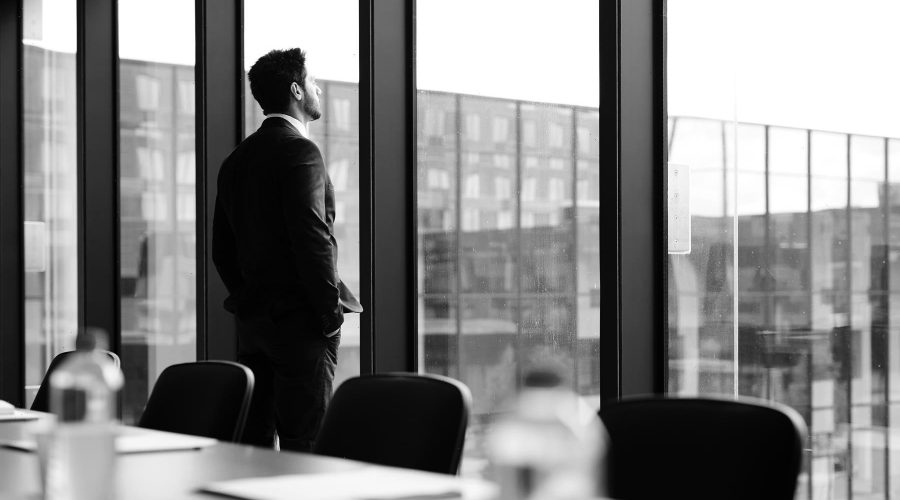 My organization once produced a series of dinners on a houseboat in London for a dear friend, Patrick, whose business serves the hotel industry. We held a dinner for a different group each evening — all set on a boat just off the River Thames. The first two dinners were phenomenal; they followed our recipe perfectly. But because of a guest’s powerful story, the third was unforgettable.

Picture the setting for a moment: We’re enjoying a meal on a houseboat in the shadow of the Tower Bridge, right around the bend from Borough Market, a famous foodie destination near Shakespeare’s Globe. A spectacular setting is a bonus, but the key ingredient in our dinners is our signature question: “If you could give credit or thanks to one person in your life you don’t give enough credit or thanks to, who would that be?”

Andrew W.K. Gets Freaky With His Clones in 'I'm in Heaven' Video

'Silence of the Lambs': 'It Broke All the Rules'

Usually, when the dinner party hears that question, they take a collective breath. This breath is an invitation for them to leave the present, dive deep into the past and pull forth amazing stories about the people who have helped them get to where they are today. What matters most is the vulnerability of expression, the person’s willingness to publicly contend with an emotional experience. When they have the courage to do that, the atmosphere really comes alive.

During the third dinner of our houseboat series, a businessman told us the story of an unfortunate scuba trip in the frigid North Atlantic, during which he nearly lost his life. When he surfaced from the depths, the boat he had dived from was gone. Nothing but open water. Hours passed without a sign of the boat. What goes through a person’s brain in those terrifying moments? What scenes do you replay from your life?

Obviously, since the man was now sharing his story at a dinner party on a houseboat, you already know he was rescued. But the most compelling part of the story was not finding himself abandoned or the perilous period he spent alone in the water. When a boat appeared on the horizon and his rescuers pulled him aboard, before they got him changed out of his scuba gear and into dry clothes, the captain told the man to get back into the water — the same cold water that almost killed him. Warily, the man submerged himself in the frigid waters, and after five minutes of scuba diving, he got back on the boat.

Why did the captain do this to this man? Ordering a desperate diver who was near death back into the depths sounds sadistic. But I promise you, the captain was doing him a favor. His rationale was that by forcing him to contend with the deeply distressing situation he had just experienced, this man wouldn’t fear scuba diving for the rest of his life. Encouraging him to jump back into the water was the start of this emotional healing, just like providing food, water and warmth brought him safety.

I know there are different phobias and traumas that really take a lifetime to process. But when a fearful or traumatic moment occurs in life, processing it is a first step forward. You want to acknowledge the fear and do your best to overcome it.

The Rolling Stone Culture Council is an invitation-only community for Influencers, Innovators and Creatives. Do I qualify?

What does fear have to do with gratitude?

By recalling his experience — and expressing his gratitude for the captain’s actions — the man could identify the positive consequences that occurred from that negative life experience. The experience transcends being a harrowing situation he merely survived, and the story now gives him reaffirming self-confidence, hope, pride and optimism.

Confronting fear isn’t something that you just work on once and forget about. Fear is not something you can simply wish away. You can try to avoid everything in life that you have fear around. Can you imagine if our guest had vowed to never set foot on a boat again? Fear is something you have to work on. Gratitude is the solution to overcome it.

Here’s a small step toward this solution: Write down a fear you have. It doesn’t have to be a big one. Communicate to others that you have that fear. Doing so will not only feel good to get off your chest but will also help you find things in common with others. Ask others how they get through their fears, and aim to start stimulating conversations geared toward overcoming obstacles. You are likely not the only person in this world who has that fear.

Why is this vital, especially as a business leader?

It helps your team develop the psychological safety needed for innovation. When someone on your team can see that you are open to hearing their input and opinions, you’ve just developed a baseline of empathy. You can then give gratitude to the teammates who help you overcome these challenges. Peer-to-peer gratitude is one of the greatest tools for employee retention.

Research has shown that when you talk out or write down some negative experience, you de-stigmatize the negative emotion, which can help you grow in a positive way. This guest sharing his story of almost dying in the safety of the community was an act of gratitude. He talked it out among his peers. I wouldn’t be shocked to learn that because of the vulnerability demonstrated in communicating about his fear, he gained new friends from that dinner. He probably also attracted some new clients.

The next time fear arises, think, “I can give gratitude to this, and I can process it.”

You’re allowed to have fears, but when they arise, you have to stare them head-on. Recognize active gratitude as a tool. Use channeling fear into gratitude as part of your story, as our guest did. Gratitude becomes the boat. You can be your own captain.