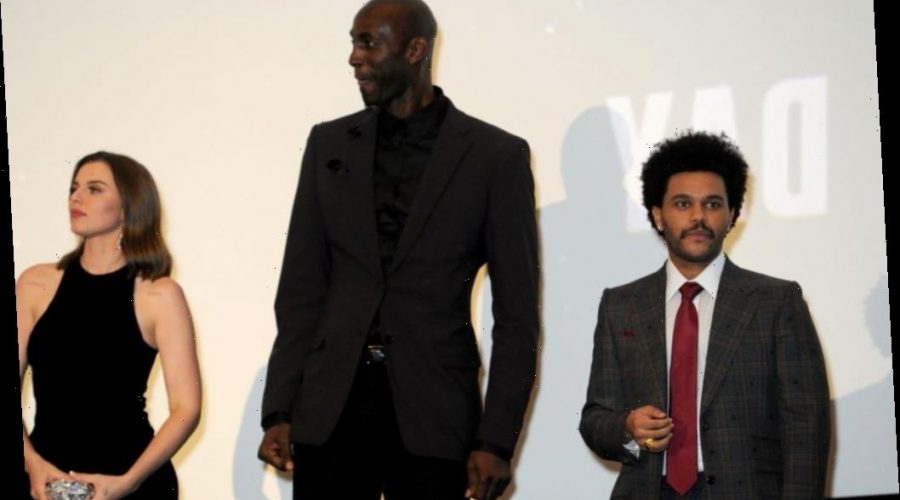 Super Bowl 55 is here and everyone has been talking about the big game. But more importantly for some fans, people have been talking about this year’s halftime performer, The Weeknd. Now that The Weeknd is in the spotlight, there are a lot of questions about him floating around the internet. For instance, how tall is the “Earned It” singer.

How did The Weeknd get famous?

The Weeknd, whose real name is Abel Makkonen Tesfaye, got his start on YouTube. On Feb. 24, 2011, he uploaded three songs to YouTube under his username xoxxxoooxo. Surprisingly, two weeks later, “What You Need” was listed on Pitchfork as “Best New Track.”

At the time, The Weeknd was still annonymous, but the Pitchfork review was enough to get people talking.

“If you haven’t heard much about The Weeknd, it’s because there isn’t much info out there on them — that is, if the mysterious project …is a ‘them’ and not just a ‘him’ or ‘her,’” the review said, according to Business Insider.

Later, he released his first mixtape, “House of Balloons,” which gained notice from fellow Canadian musician, Drake. Once Drake tweeted the download link, The Weeknd’s fame was solidified.

“As soon as the creepy R&B tracks from a free mixtape began to circulate, the hype engine revved up,” Pitchfork wrote of the release. “There was the Drake cosign, the album art that looked like Spiritualized crossed with Tumblr art-porn, the missing vowel, the stylish samples, and the project’s creators hiding in the shadows. You can’t buy buzz like this…”

Since then, Tesfaye has released four studio albums, Kiss Land, Beauty Behind the Madness, Starboy, and After Hours.

Tesfaye has dated several women since his meteoric rise to fame, but his two most prominent relationships were with Bella Hadid and Selena Gomez.

Hadid and Tesfaye met in 2015, when he asked her to be on the cover of his album, Beauty Behind the Madness. Though she declined, the two still met.

In a 2016 interview with Glamour, Hadid even revealed that Tesfaye was the inspiration behind some of her modeling looks.

“You have to have emotion in your eyes; you don’t want to look dead,” she said of what she thinks of when modeling. “I listen to music. I think about my boyfriend.”

In the same interview, she revealed that she loved Tesfaye.

“I’m dating Abel,” she said. “I don’t see him as The Weeknd. I’m proud of The Weeknd and the music he makes, but I really love Abel.”

During one of Hadid and Tesfaye’s many breaks, he began dating Gomez. The pair dated for most of 2017 and Tesfaye was even there for Gomez when she had to get a kidney transplant. However, the two broke up in October of that year.

In April 2018, Tesfaye and Hadid got back together but they broke up in August 2019.

How tall is The Weeknd?

There’s a common saying that people on tv look larger than in real life. Tesfaye is 5’8″, which is only a bit shorter than his former flame Hadid, who is 5’9″.

02/08/2021 Celebrities Comments Off on How Tall Is The Weeknd?
Recent Posts