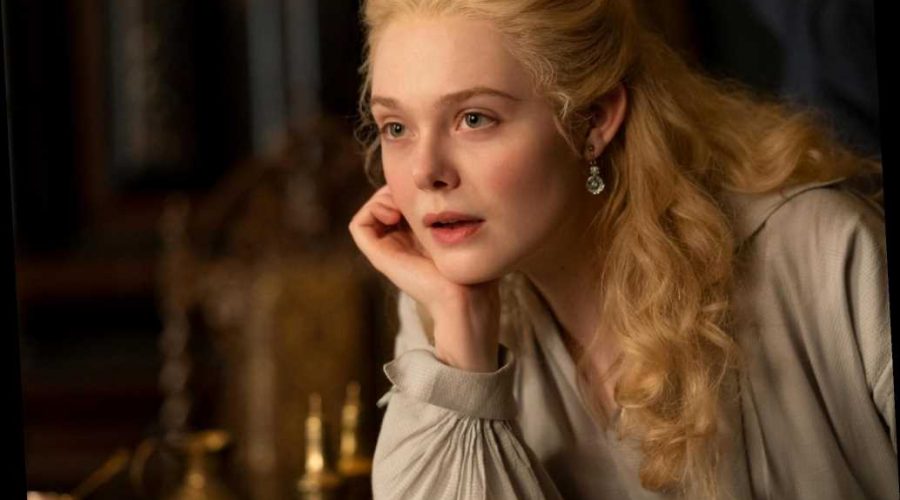 Elle Fanning, who plays the young empress in Hulu's The Great, shared a photo of herself as Catherine, looking defiantly into the camera with her pregnant stomach exposed. "Cooking up something special for season 2," Fanning captioned the image.

Considering this is an easily Googled moment in history, I suppose it doesn't quite count as a spoiler, but still, the photo comes as quite a shock to our timelines.

Nearly a decade after Catherine and Peter III wed, they welcomed their first child, son Paul I, in 1754. Though, it should be noted, there are rumblings that said son was actually fathered by Russian military officer Sergei Saltykov …

Fanning, her co-star Nicholas Hoult, and the show itself all received Golden Globe nominations last week. "I can't think of a more appropriate time to scream HUZZAH!!!" the actress wrote in response to the news.

Anyway, season 2 doesn't even have a release date and we're already living for the drama.