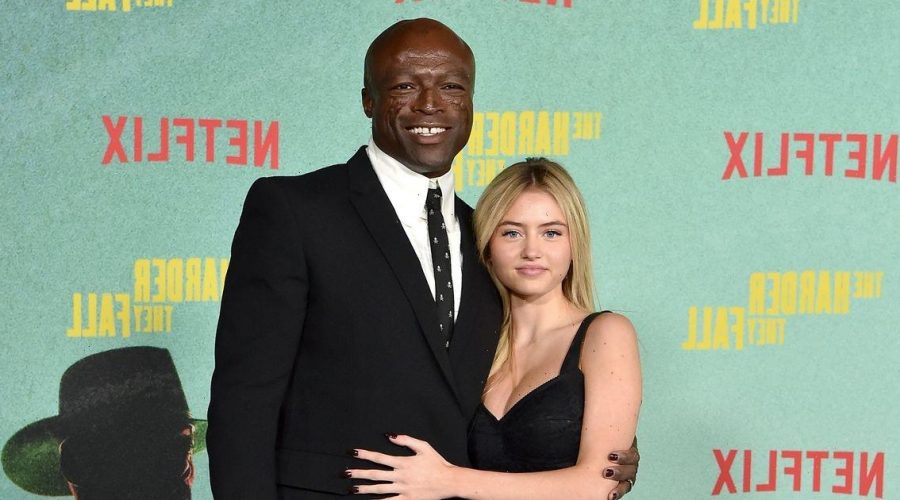 Heidi Klum's daughter Leni joined her father Seal at the premiere of feature film The Harder They Fall on Wednesday.

The pair were in attendance for the feature after Seal had performed a song for the soundtrack of the movie.

Model Leni wore a cinched black mini dress with tasselled hem, the teen had painted her nails black and matched with a pair of black strapped heels to complete the look.

Cuddling up to her father, Seal wore a smart traditional black suit over white shirt matched with black brogues.

Getexclusive celebrity stories and fabulous photoshoots straight to your inbox with OK!'s daily newsletter . You can sign up at the top of the page.

Leni, 17, recently made her modelling debut alongside mother Heidi for the cover of Vogue Germany’s January/February 2021 issue.

Heidi had previously spoken to People magazine about her thoughts of Leni taking up a modelling career at such a young age, saying: “'I always thought she was too young. We always also decided to keep the children out of the public eye.

“But she's driving a car now, she's 16, so I figured if you can do that, you can also model now if this is what you wish to do.”

Speaking of the industry itself, Heidi stressed that you need to be a “strong person” to make it.

She continued: "Obviously, as a mother, [I want my] child to do what she wants to do,

"The industry is great and I love it and I've been in it for over 20 years but it's also, it's a lot of traveling, it's different.

Appearing on the cover of Rollacoaster in September, Leni spoke about the advice she had received from her mother before taking on a modelling career.

She said to Rollacoaster: “She's always telling me, 'just be true to yourself, and don't let what other people are saying affect you or change what you're doing. And it's always okay to say no.’

“My mom is always telling me to just be myself, and brush off any hate I get, and I go by that. I don't read my comments. I think that you should just block it out. Don't even think about it, just do what you're there to do, and do what you want to do.

“Don't let anybody stand in your way and tell you what you can't do, just be yourself.”