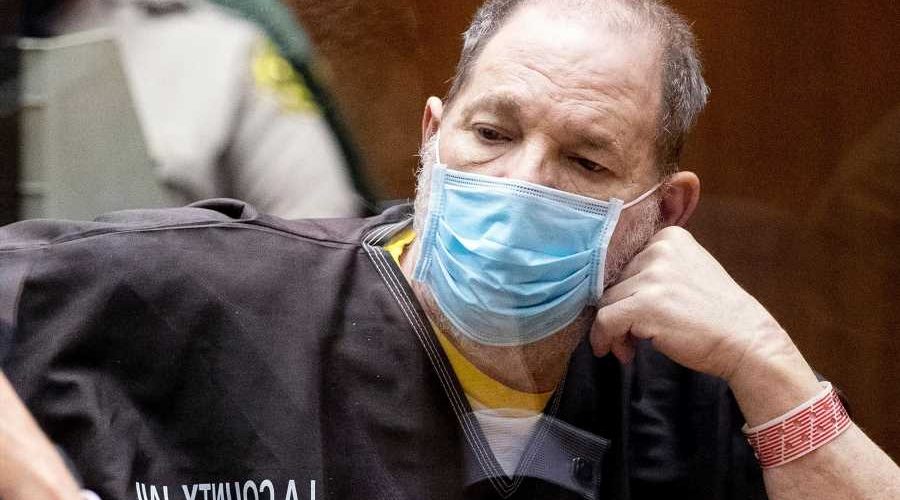 Harvey Weinstein had a mixed day in court Wednesday as he speeds toward the scheduled October start of his serial rape trial in Los Angeles.

Lawyers for the disgraced movie mogul scored a victory when Judge Lisa B. Lench sided with the defense and rejected one of the five “prior bad acts” accusers whom prosecutors planned to call to the witness stand to show Weinstein’s alleged “propensity” for criminal behavior.

The victory was tempered, however, by a related ruling in which Judge Lench denied Weinstein’s request for a special pre-trial hearing where he could cross-examine the extra witnesses before they’re called before a jury.

Defense lawyers Mark Werksman and Alan Jackson sought the pre-trial hearing with the argument that the court should pre-screen the extra accusers — whose allegations did not lead to criminal charges — to test their credibility before they’re introduced at such a high-profile trial.

The Private Lives of Liza Minnelli (The Rainbow Ends Here)

“These witnesses are not just any old witnesses. They’re purported victims of sexual assault, and their testimony is untested. They’ve never been cross-examined. They’ve never testified before,” Werksman told Rolling Stone after the court denied the motion. “They’ve been allowed for a very specific purpose: to shore up an alleged modus operandi. We believe this is very risky business. We’re tossing around sticks of dynamite here when you call witnesses like that whose testimony is untested.”

Weinstein has pleaded not guilty to 11 counts of sexual assault involving five Jane Does allegedly attacked in Los Angeles County. The DA’s office claims Weinstein raped three of the women — one of them on two separate occasions a year apart — and sexually assaulted two others during assaults at hotels in and around Beverly Hills between 2004 and 2013 .

While the identities of the charged victims remain under seal, court proceedings have revealed prosecutors proposed using Weinstein accusers Daryl Hannah and Rose McGowan as “prior bad acts” witnesses. Judge Lench excluded Hannah and McGowan when she ruled in May that five of the 16 extra accusers sought by prosecutors would be allowed to testify.

One of the five extra accusers still set to testify is Ambra Battilana Gutierrez, the Italian-Filipina model whose groping allegations in 2015 led to an NYPD sting in which she wore a wire and recorded Weinstein apologizing for her assault.

“It’s a relief to have one fewer uncharged, alleged victim to deal with,” Werksman said after the hearing. “We’re gravely concerned that Mr. Weinstein can’t get a fair trial with so many confusing allegations spanning a 25-year time period.”

Beyond the four “prior bad acts” witnesses now cleared to testify, Judge Lench also ruled the prosecutors can introduce information related to Weinstein’s New York conviction for the sexual assault of Miriam Haley.

California prosecutors first charged Weinstein in January 2020, just as jury selection was getting underway at the once-powerful producer’s New York criminal trial. In that trial, a Manhattan jury convicted Weinstein in February 2020 of two felony sex crimes: the third-degree rape of aspiring actress Jessica Mann at a DoubleTree hotel in Midtown Manhattan in 2013; and the first-degree sex assault of Haley.

Weinstein was sentenced to 23 years in prison. He later appealed his landmark #MeToo conviction with the First Judicial Department of New York Supreme Court’s Appellate Division. The panel rejected his appeal in June. Prosecutors in the United Kingdom also announced in June that they had “authorized” two charges of “indecent assault” against Weinstein related to an incident in 1996.