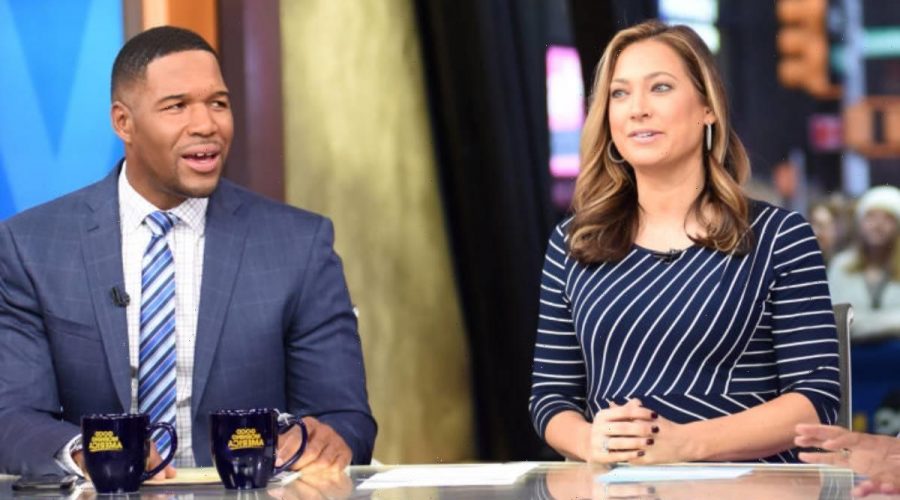 Ginger Zee showed off her brilliant – and bold – sense of humor on Tuesday after making her GMA co-host Michael Strahan the butt of her jokes.

The meteorologist didn’t hold back when she was reporting on the frightfully cold weather on the east coast of America.

Through chattering teeth, Ginger reported live back to the Good Morning America studio, and said: “It is so cold temperatures are dropping like,” she then paused before adding: “The potential for Michael’s sack record.”

WATCH: Ginger Zee braves the elements to report on the weather for GMA

Ginger was making reference to the fact that the former NFL star’s 20-year record is being threatened by T.J. Watt who is closing in.

Both George Stephanopolous and Michael laughed at her quick wit but the sportsman also recognized how cutting the statement was as he smiled and said: “Wow,” before pretending to drop the mic.

INSIDE: Michael Strahan opens the doors into his Manhattan home – complete with spacious garden

While Michael was a good sport about the comment, Ginger clearly felt a little bad as she posted the clip along with a message expressing her fondness for the star.

“You know I love you @michaelstrahan,” she wrote. “Just had to. You are the GOAT always. @tjwatt90 #sacks #temps #cold #loveyou #crankywhenimcold.”

Her fans delighted in commenting on the post and added: “Ouch, lol,” and, “OMG Ginger. Best line of the week.”

Others marveled at how she managed not to laugh and said: “I love how you delivered that bomb with a straight face too. Lol,” and plenty just added shocked face emojis.

Ginger and Michael have a fun friendship

The man threatening Michael’s record, T.J. Watt, isn’t in the game just for that though.

He told the Washington Post: “The first year or two, I used to do big individual goals: ‘X’ amount of sacks, TFLs [tackles for loss], all that stuff. But it adds too much pressure. You start chasing and all that stuff.

“And now it’s just trying to affect every game the best that I can. It’s been working for me. So I’m not really looking at goals like that anymore, just trying to be a game-wrecker.”