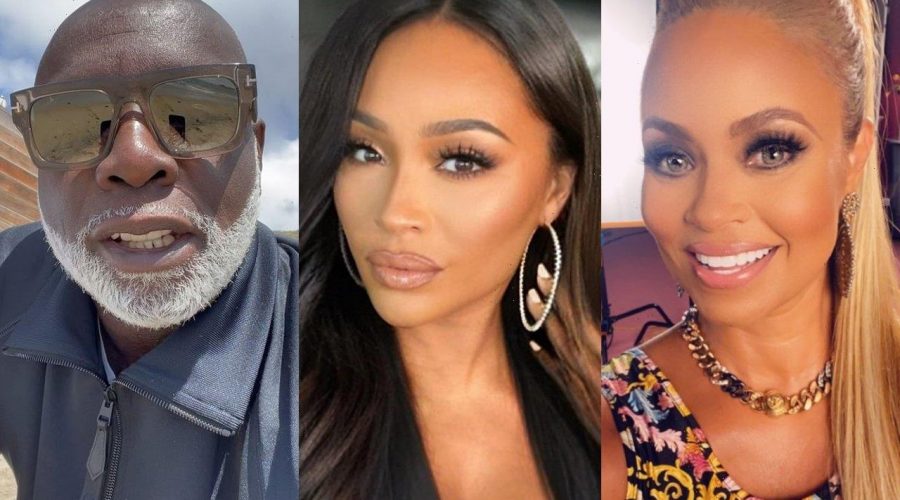 The ‘Real Housewives of Potomac’ star is said to be dating the ‘RHOA’ star’s ex-husband as she ‘has been a frequent visitor of Peter’s new Bar One restaurant located in Baltimore Harbor.’

AceShowbiz –Gizelle Bryant has responded to rumors that she’s dating Cynthia Bailey‘s ex-husband Peter Thomas. In a new statement, “The Real Housewives of Potomac” star claims that the allegation is false.

“It is 100 percent NOT TRUE,” Gizelle tells theJasmineBRAND. Despite her denial, fans apparently are not buying it as they proceed to troll her on social media.

“Y’all gagging but Peter and Gizelle are actually a match made in heaven. They’re both messy as hell, always inserting their unsolicited opinions, and they are each other’s physical type. I’m actually here for it,” a fan said on Twitter. “Y’all have been wanting a #RHOP #RHOA crossover you got it.”

“Peter & Gizelle gon be messy as hell together… I can’t wait #rhop,” wrote someone else. Another fan commented, “Peter loves screen time and Gizelle loves a paid off love interest. It’s a match made in heaven #RHOA #RHOP,” while another comment read, “if Gizelle and PE-TER are actually dating, bayyybeeee…!!! #RHOP will win the title of ultimate housewives series, period.”

MTO was the first to report that Gizelle and Peter are an item. “Gizelle has been a frequent visitor of Peter’s new Bar One restaurant located in Baltimore Harbor,” the outlet claimed. “And the two have developed ‘a relationship.’ “

Peter was previously married to Cynthia before he and “The Real Housewives of Atlanta” star got divorced in 2017. As for Gizelle, she used to be married to megachurch pastor Jamal Bryant. The couple, however, broke up after Jamal allegedly cheated on her. They attempted to give their romance another try on “RHOP”, but things didn’t work out as they decided to call it quits for good during the pandemic.