Gavin Rossdale enjoyed a day of working out by playing tennis in Los Angeles before showing off his muscular upper body by taking his sweaty shirt off under the summer sun.

Gavin Rossdale, 55, was all smiles while having fun in a tennis match on Aug. 14! The Bush frontman was photographed swinging his racket on tennis courts in Los Angeles while wearing a blue T-shirt and camouflage shorts. He also wore pink socks with black and neon green sneakers and ended up taking off his shirt after getting very sweaty from the workout. 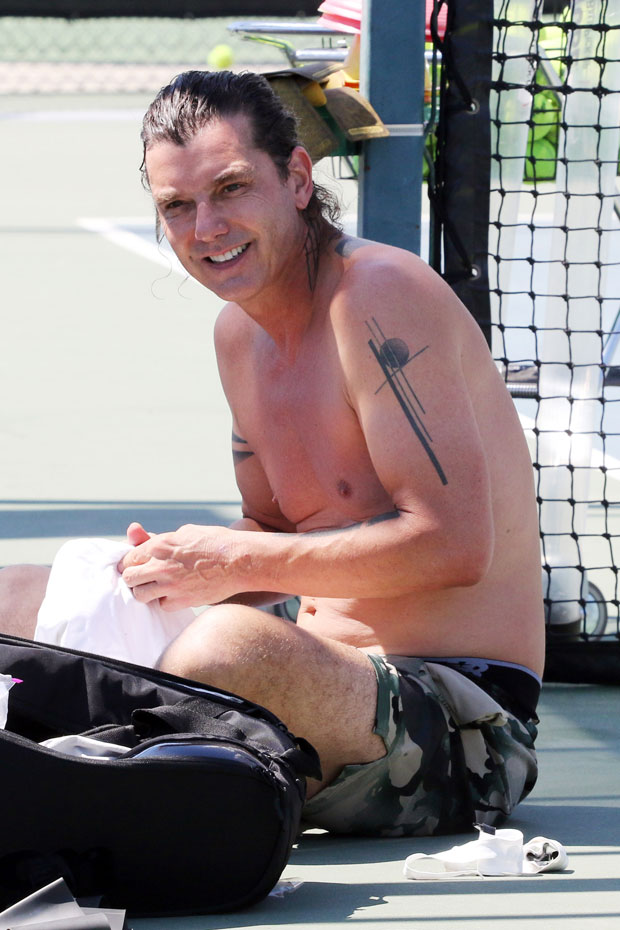 The musician also wore a black Nike sweatband around his head at one point and an orange one on his wrist. Once he was finished on the courts, he sat down to catch a breath and wipe off his face with a towel as he smiled at a nearby camera. His muscles and tattoos were on full display as he cooled down. 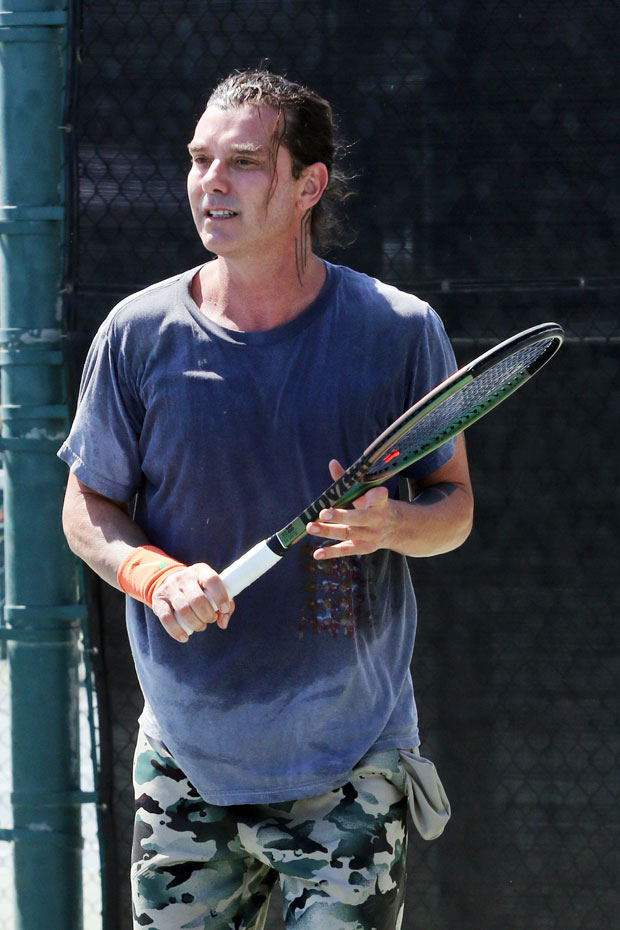 Gavin is known for enjoying tennis whenever he can. Before his latest outing, he was spotted on the courts back in June ahead of Father’s Day weekend. He was into the match just as much as he was into his recent one and again went shirtless while taking a break to change shirts. He also seemed to wear the same color socks and pair of sneakers.

When Gavin’s not playing tennis, he’s spending time with his three sons, Kingston, 15, Zuma, 12, and Apollo, 7, who he shares with ex-wife Gwen Stefani, 51. He was seen attending Apollo’s football game in L.A. on July 25 at the same time as the No Doubt singer, but they appeared the former lovebirds appeared to try and keep their distance from one another as they watched their youngest child in action. Gavin did, however, seem to give his son advice at one point while watching the game.

The sporting outing came less than a month since Gwen married Blake Shelton, 45, who she started dating after her split from Gavin in 2015. They said, “I do” at the country singer’s ranch in Oklahoma and had only a few close family and friends in attendance. The ceremony was officiated by Carson Daly and Kingston and Zuma signed as witnesses on the couple’s marriage certificate.

08/15/2021 Celebrities Comments Off on Gavin Rossdale, 55, Looks Buff As He Hits The Tennis Court Shirtless In LA – Photos
Recent Posts