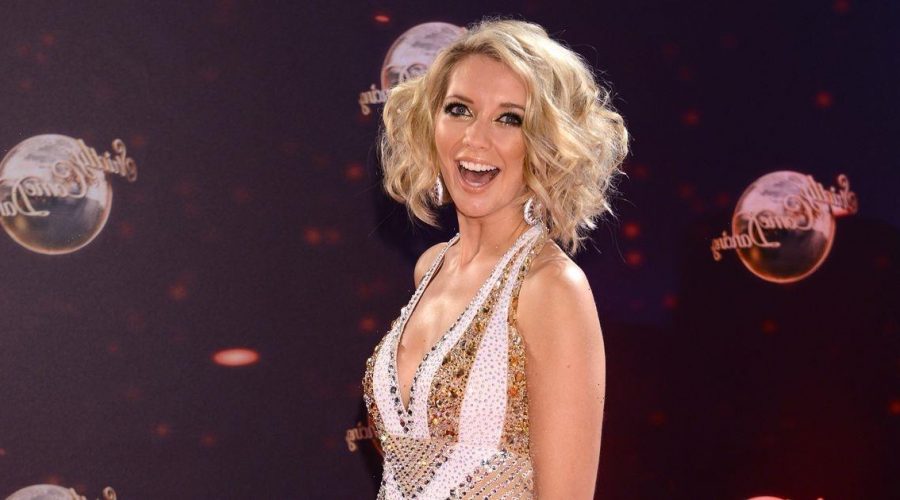 Rachel Riley has warned her celebrity pals against taking part in Strictly Come Dancing, saying "it messes with your head".

The 35 year old Countdown host competed in the 2013 series of the BBC dance show, and was partnered with professional dancer Pasha Kovalev, 41.

The pair went down a hit with both judges and viewers, and kept on dancing until the sixth week, when they were eliminated.

Despite meeting her now-husband Pasha on the hit show, Rachel has opened up about the "mental pressures" she experienced whilst on the show and advised friends "not to do the show".

In an interview with The Times, the expectant mum spoke about pal Caroline Flack's legacy, after the former Love Island hold took her own life in February 2020.

Caroline had also taken part in Strictly Come Dancing and was partnered with Pasha in 2014, and they went on to win the glitterball trophy that year.

"Caroline Flack's was such a tragic story; even Pasha struggles to talk about it," said Rachel.

She added: "I would prefer not to [speak about it], apart from to say, I read some of her interviews where she discussed her depression after Strictly and, I agree, it does mess with your head".

The star explained that she would warn her friends not to compete on the show, explaining that she knows people who have had to drop out for the sake of their mental health.

Rachel said: "I advise friends not to go on the show and I know people who have dropped out of it due to the mental pressures involved."

The self-confessed 'maths geek' doesn't believe there is enough awareness around the psychological impact it has on its contestants, stating that you need to be a 'very mentally strong' person.

She explained: "I don't think there is enough awareness of the psychological effects it has. I am a maths geek, not a performer.

"Having ten million viewers sitting in judgment of you, not to mention the actual judges? You need to be very mentally strong not to let that affect your self-worth."

In another interview with MailOnline, Rachel also revealed that she underwent intensive psychotherapy following her time on the show.

Having completed a course of cognitive behavioural therapy (CBT), she explained that she now avoids watching the show.

"It still terrifies me. I've had CBT since because it was so terrifying," she explained.

"I just avoid it to be honest."

OK! has reached out to the BBC's Strictly Come Dancing representatives for comment.

For more juicy gossip on your favourite stars, sign up to our daily newsletter here