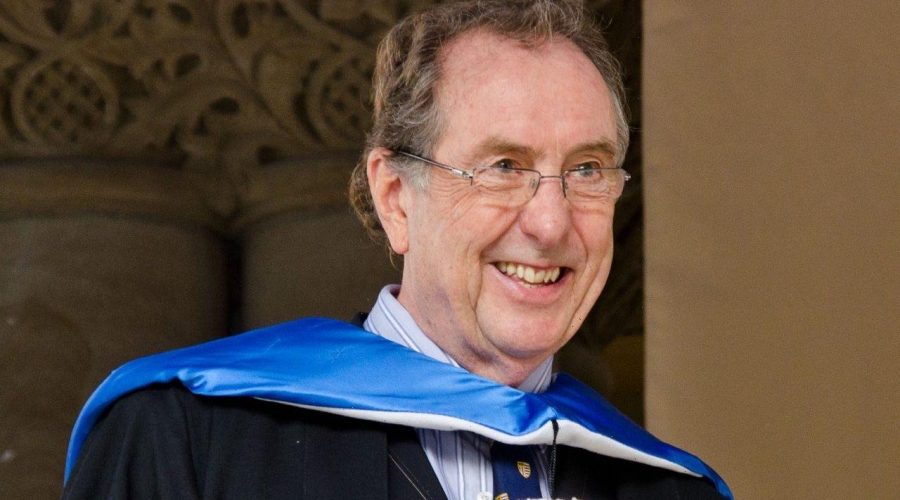 The Monty Python star opens up about his health woes, saying he is grateful to survive the disease following a big surgery after being diagnosed with pancreatic cancer.

AceShowbiz –Eric Idle has successfully beaten pancreatic cancer. Feeling “very fortunate” to have had the disease – which has the highest mortality rate of all major cancers – detected at an early stage, the Monty Python is now back to good health after undergoing surgery.

The cancer battle motivated him to take part in “The Masked Singer” and, even though he was unmasked as The Hedgehog on Tuesday’s (20.09.22) premiere episode, the programme “changed [his] life.”

He told Entertainment Tonight, “The whole thing was very Zen. I really liked it. It changed my life to be honest. I had pancreatic cancer, and I have been very fortunate and lucky to survive, it was caught early, I had a big operation at Cedars and they saved my life, and I hadn’t told anybody.”

After having his surgery, the 79-year-old comic “plucked up the courage to ask [his] doctor how long [he] had” and was stunned by the response. He recalled, “He said, ‘Oh at least 10 years. You’re very fit, you’re healthy, the cancer’s all gone.’ And I hadn’t really counted on that.”

“So I thought, ‘Here’s my chance to do something good.’ I have to come out now with my cancer [battle], tell people I’ve survived, and share that experience.”

Eric has teamed up with Stand Up to Cancer to form the Bright Side fund, which was inspired by his experiences on the reality show. He said, “We’re going to raise money specifically for research and early testing to help other people survive this thing.”

“And it was a bit of an epiphany for me and it was entirely because of The Masked Singer experience, and I’m very grateful to them for that.”

To find out more about Stand Up To Cancer’s research, visit StandUpToCancer.org/EricIdle.