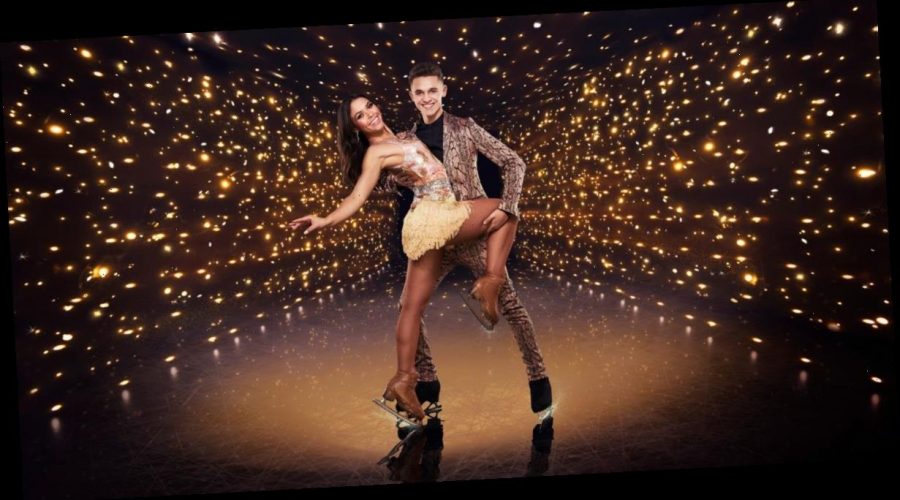 As he skated during his first live performance on Dancing On Ice, Joe-Warren Plant took a fall with his partner Vanessa Bauer.

The actor, who previously opened up about filming 'uncomfortable' scenes on Emmerdale, took to the ice but unfortunately fell to the ground.

The 18 year old didn't let the tumble get to him though, as he got back up and continued with his performance alongside Vanessa.

Judges Ashley Banjo, John Barrowman, Jayne Torvill and Christopher Dean revealed that they had marked him down for his fall.

However, he still managed to achieve 6.0 and 6.5's in his very first skate.

The Emmerdale star and partner Vanessa, 24, have been plauged by rumours that they're fallen for one another.

There reports were further fuelled when Joe split from his girlfriend Nicole Hadlow after three years together.

However Joe spoke out and denied any blossoming relationship between the pair and said they've simply got a good professional relationship.

The soap star explained: "Dancing On Ice is about telling a story to engage with the audience and the judges.

He said it's important to build a friendship between them so they can work well together on the ice.

"You have to have a certain level of chemistry between you and your partner.

"So I think everybody just kind of saw that we're getting on so well and automatically assumed that something was going on. But there isn't.

"We're just dedicated on the show. We're trying to do as best as we possibly can."

The performer, who was confirmed to be starring on the show in September, continued: "Vanessa has never not been in the finals and she is very driven and competitive.

"So I think we work well on that together, I'm competitive as well."

Joe-Warren plays Jacob Gallagher in Emmerdale and has been a part of the soap since 2010.

He was involved in a high-profile storyline, which saw his character be groomed by Maya Stepney.