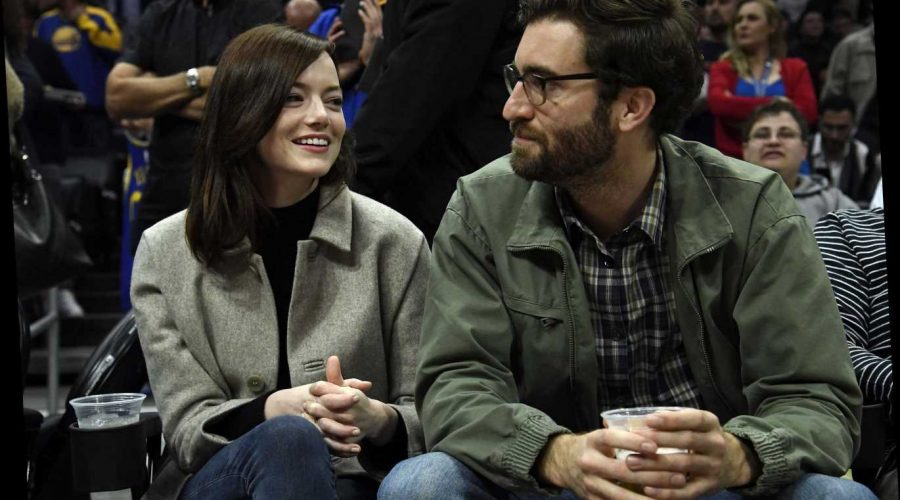 It’s not 2016 anymore, but Emma Stone must still be in la la land — because she’s pregnant! A source confirmed to People this week that the 32-year-old Oscar winner is expecting her first child with her husband, Dave McCary.

The pair married last year after beginning dating in 2017, and late last month, photos obtained by the Daily Mail showed off Stone’s baby bump as she walked around Los Angeles.

Stone reportedly first met McCary, a segment director for Saturday Night Live and the director of the film Brigsby Bear, when she hosted the sketch show in 2017. They’ve kept their relationship largely private, though they’ve been seen together in public occasionally, including at a Los Angeles Clippers game in 2019 and at various awards shows throughout the past few years, including the SAG Awards that year.

McCary proposed in 2019, and on his Instagram, he posted a photo of Stone showing off her engagement ring.

Stone is set to portray known Dalmatian enemy Cruella de Vil in Disney’s upcoming origin story Cruella, which is scheduled to hit theaters on May 28.

Congrats to the happy parents-to-be!

01/05/2021 Celebrities Comments Off on Emma Stone And Husband Dave McCary Are Reportedly Expecting Their First Child
Recent Posts
We and our partners use cookies on this site to improve our service, perform analytics, personalize advertising, measure advertising performance, and remember website preferences.Ok