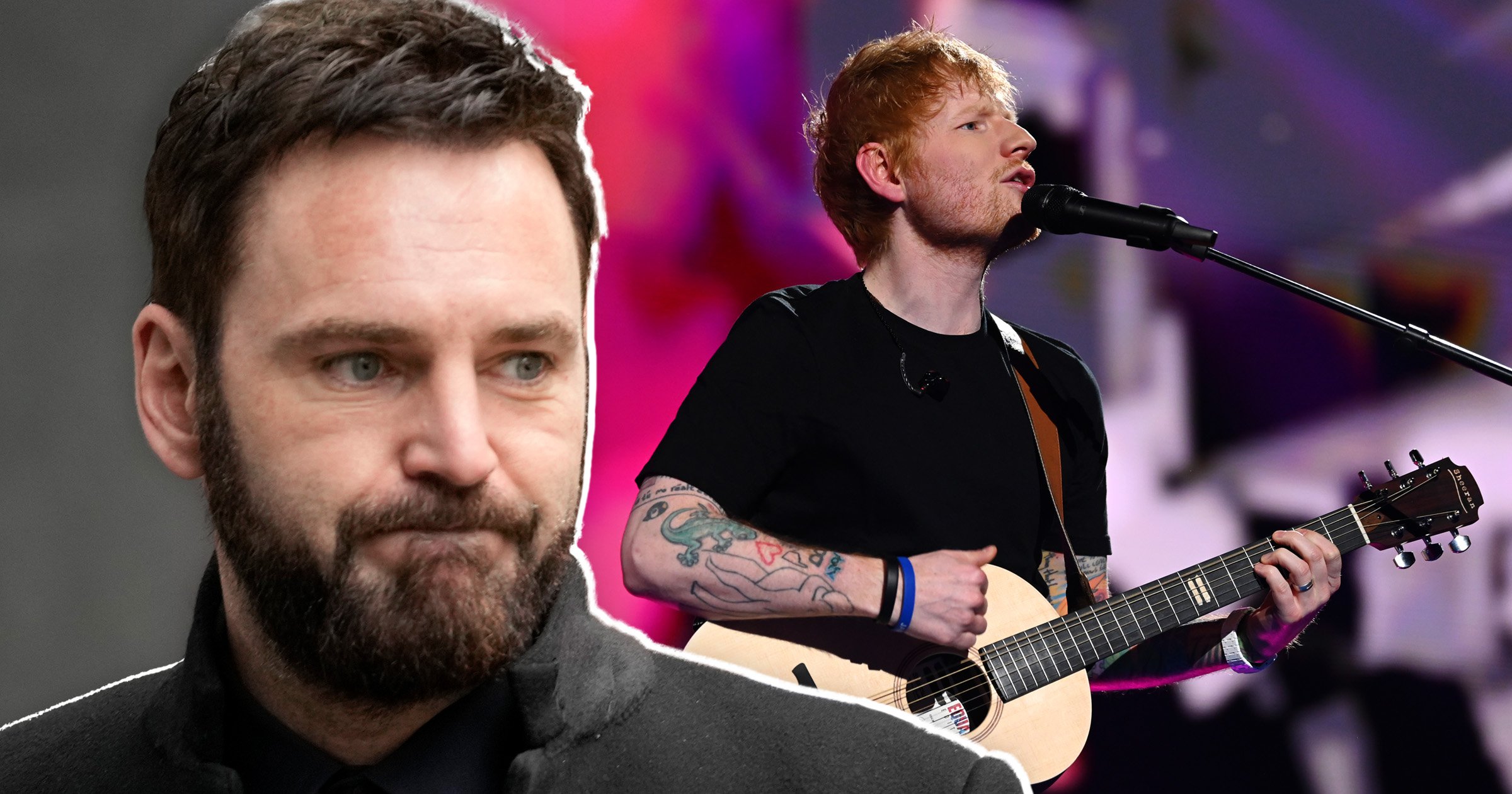 Johnny McDaid has spoken out about Ed Sheeran’s High Court copyright battle over Shape Of You, claiming there are ‘obvious holes in the system’.

The Snow Patrol star, 45, who co-wrote the 2017 hit song with Ed, 31, believes changes need to be made as legal actions brought against musicians for copyright infringement ‘creates a culture where it can be used as a threat’.

The pair had faced a legal battle to prove they had not ripped off Oh Why by Sami Switch (real name Sami Chokri) and Ross O’Donoghue, which was released in 2015 and has a similar hook to the ‘Oh I’ part of Shape Of You’s chorus.

A judge concluded on Wednesday that Ed ‘neither deliberately nor subconsciously’ copied the phrase from Oh Why when writing his  song.

Johnny told BBC’s Newsnight on Friday after the verdict: ‘There’s obvious holes in the system at the moment.

‘If I can go to a musicologist and get a report and then take that report to society and then they freeze someone’s income based on that, that’s a problem.

‘It creates a culture where it can be used as a threat. And I think that is where we have to be having conversations with societies, with managers, with artists and songwriters and say this isn’t okay for anybody.’

Two musicologists gave contrasting views in court on whether or not the two songs were similar enough to have been copied or written independently.

The legal battle had been ongoing since 2018 after Ed and his co-authors launched legal proceedings asking the High Court to declare they had not infringed Sami and Ross’s copyright.

Two months later, Sami and Ross issued their own claim for ‘copyright infringement, damages and an account of profits in relation to the alleged infringement’, alleging that the hook in Shape Of You is ‘strikingly similar’ to that of Oh Why.

All three Shape Of You co-authors denied allegations of copying and said they did not remember hearing Oh Why before the legal fight.

Ed has since taken to filming all of his songwriting sessions to protect himself against future claims after previously ‘regretting’ settling a claim over his song Photograph in 2017.