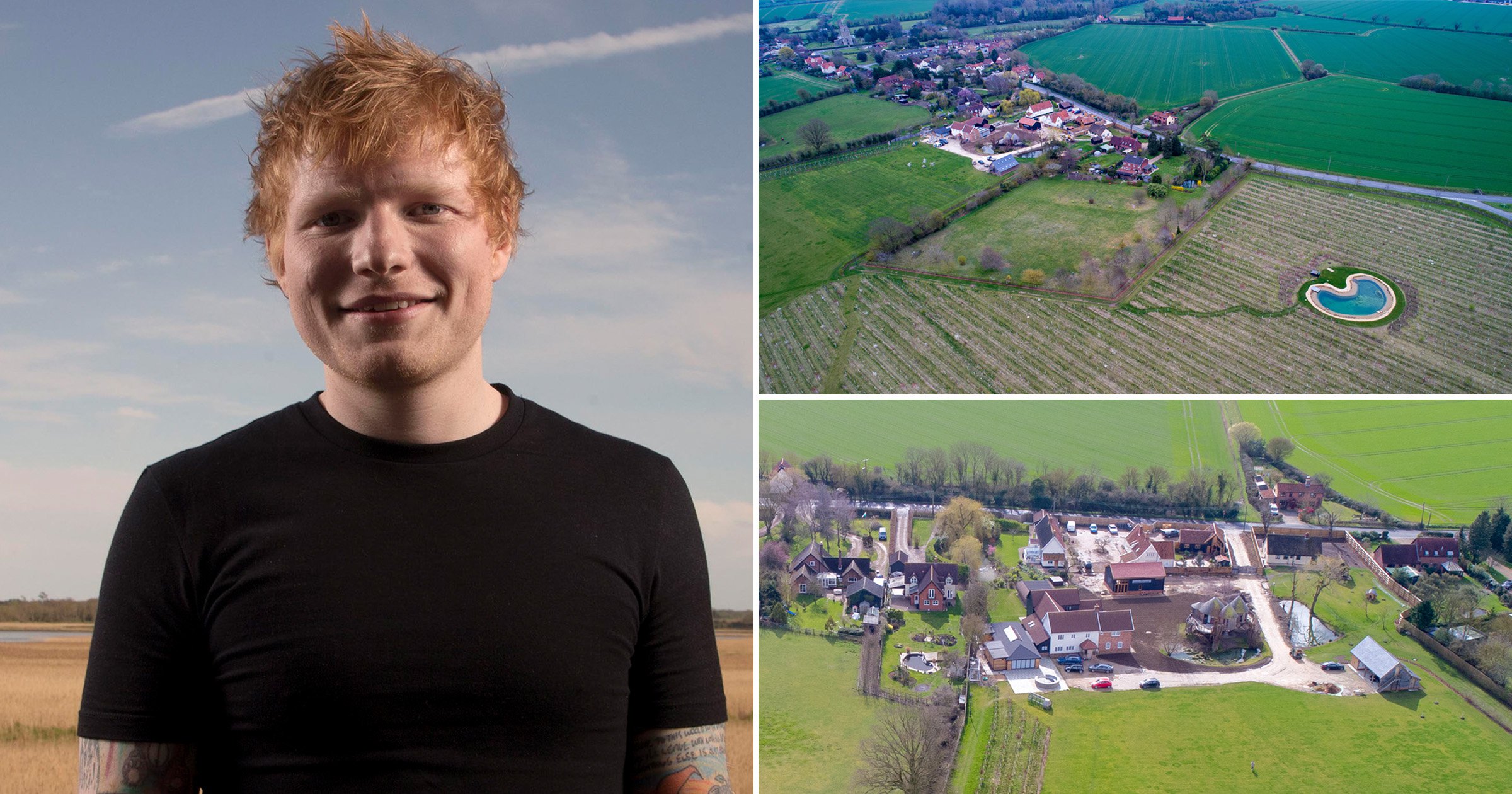 Ed Sheeran has addressed the interest in the construction at his country estate, dubbed ‘Sheeranville’ and thinks people should ‘mind their own business’.

The singer, 30, who released his new single Bad Habits on Friday, owns a number of properties on the £3.7million estate near to Framlingham in Suffolk, where he was brought up.

He has often made the headlines due to planning disputes, including some neighbours claiming his wildlife pond was actually a swimming pool.

Ed, who lives with wife Cherry Seaborn, 29, and their nine-month-old daughter Lyra Antarctica Seaborn Sheeran, addressed the interest in his houses on The Hits Radio Breakfast Show with Fleur East.

He told her: ‘I didn’t name it [Sheeranville]. I actually tried to change the name of it to The Shire because I love The Hobbit. But it got denied.

‘Do you know the craziest [planning dispute] for me is the lake that I had dug. Well it’s essentially a pond that… I can show you pictures of it. It is grey filled with tadpoles and swamp stuff.’

Insisting it was ‘not a swimming pool’, Ed added: ‘There’s no filter system. It’s naturally cleaned itself with the plants that are in it. There’s a big thing about like wildlife and newts and blah, blah, blah.

‘Before it was there, it was a ploughed field. So there is way more wildlife there now it’s surrounded by this.

‘Fourteen thousand trees that were planted, which is great for the environment. There’s load of animals. We let the meadow grow up… I just think people just need to mind their own business.’

Ed, who became a father in September 2020, revealed that he even took baby daughter Lyra with him to the studio to record tracks for his upcoming album.

He told KISS Breakfast’s Jordan and Perri: ‘She’s been in the recording booth with me, asleep on my shoulder and stuff like that.

‘It depends – she is now of an age where she is just out and about and awake but in the first two months they sleep like 21 hours a day.’