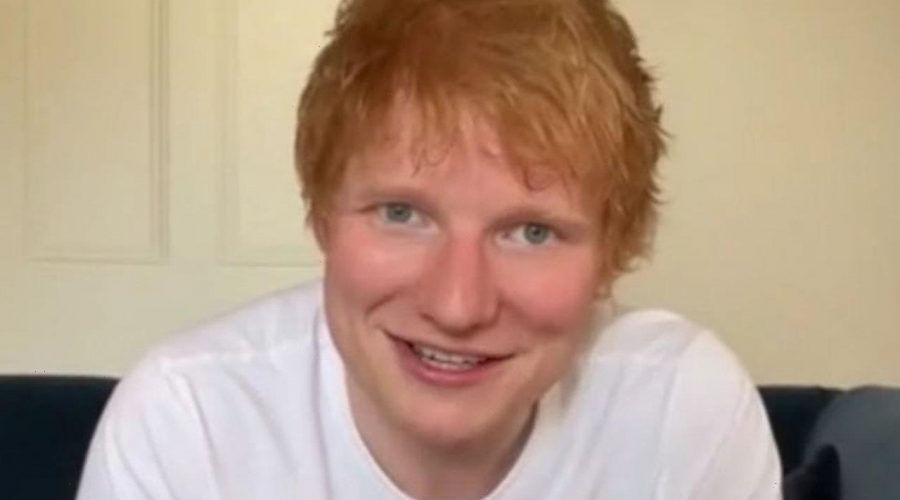 The ‘Shape of You’ hitmaker adds a new tattoo to his collection, having a Killer Whale inked on his arm as a tribute to his first child with wife Cherry Seaborn.

The “Bad Habits” hitmaker has revealed the Killer Whale inking on his inner arm is for his 10-month-old baby girl – whom he has with his wife Cherry Seaborn – as they can be found swimming in the continent’s seas.

“I got some vampire teeth on my shoulder for the video and an orca for Antarctica,” Ed told Britain’s The Sun newspaper. “I am completely covered in the weirdest, most colourful tattoos and that is the thing no one can get their head around, apart from my wife. Everyone says I look like a melted crayon.”

“But I love them. I love that any time something random happens, I put it on my body.”

The flame-haired pop star is said to have more than 60 tattoos, but the 30-year-old musician admitted he can no longer stand the pain for more than two hours at a time.

He added, “In my twenties, I would sit for 18 hours and just blitz it. Now I’m like two hours in, ‘just do it in a month’ kinda thing.”

However, a few years ago, the “Bloodstream” hitmaker was so comfortable in the tattooist chair that he fell asleep.

Ed got Kevin Paul to create a collage of inkings on his chest in 2016 and he spent over 40 hours in the chair to get his unique collection.

The Grammy-winner had confessed that he “passed out” when he was getting an image of the Sagrada Familia – the unfinished elaborate Roman Catholic church in Barcelona designed by the Spanish architect Antoni Gaudi – etched onto his stomach because the pain was so excruciating.

Despite his admission, Kevin insisted that out of all his celebrity clients Ed was the most “hardcore” when it comes to taking the needle and he even dozed off for a short snooze as he was marking his skin with a design.

Kevin – who has worked on a host of stars such as Rihanna, Harry Styles, and James Arthur – said at the time, “Ed is amazing for taking the pain.”

“For a little geeky ginger kid – which was what he was like when I first met him – he used to take seven or eight hours at a time, he was proper hardcore he would proper go for it. Nowadays I probably do three or four hours on him at a time. The last time I did a tattoo on him he fell asleep, he was proper snoring, he fell asleep for about 20 minutes!”

Ed has had his entire chest covered in tattoos that relate to his loved ones and the songs from his album “Divide“.