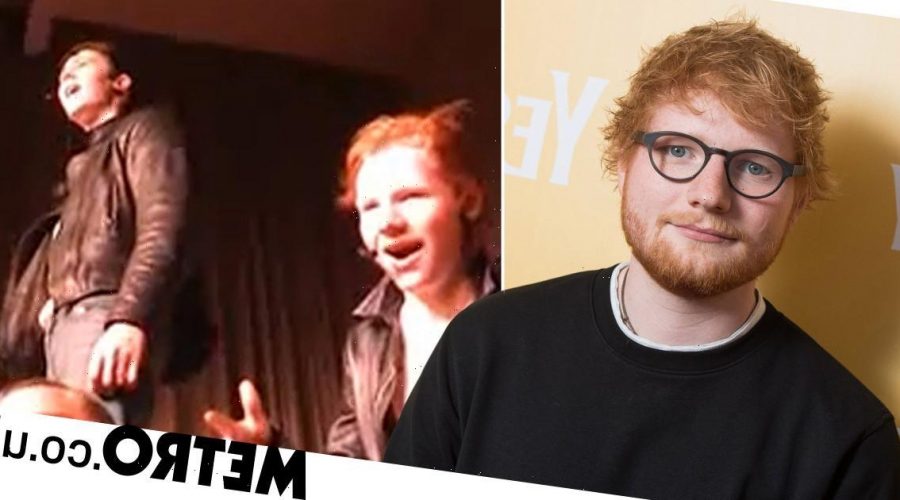 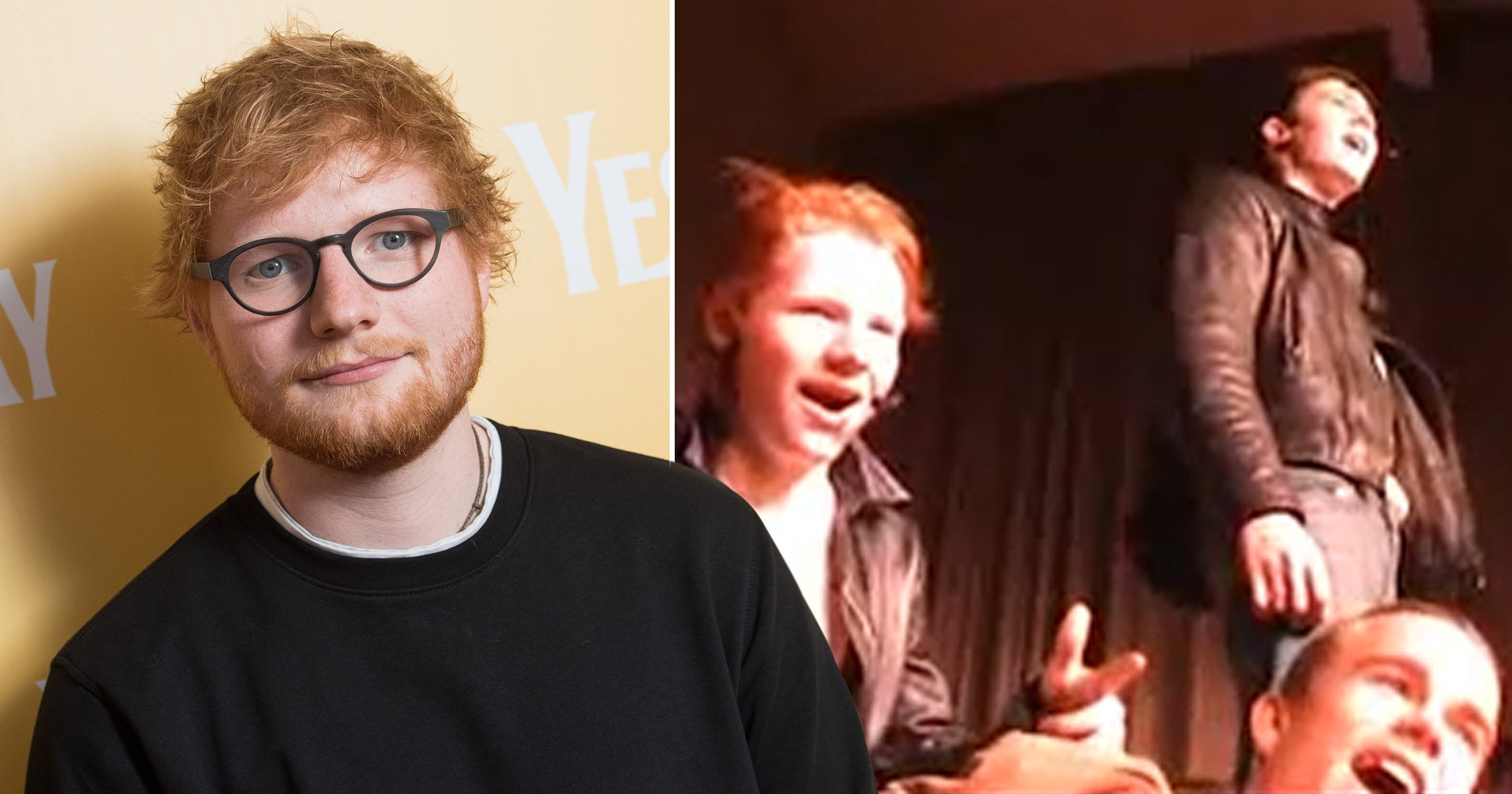 Ed Sheeran’s teenage performance in his school’s version of the musical Grease is being released into the world, as a DVD copy of the show is up for auction.

The video, which runs at nearly two hours long and is exactly the quality you’d expect from a recorded secondary school show, has Ed featuring as the character Rump.

Baby-faced Ed is shown on stage with the classic slicked-back 50s hairstyle synonymous with the musical, looking confident and sporting a leather jacket.

As the stage version differs from the famous 1978 film of Grease, 15-year-old Ed takes part in recognisable hits like Summer Nights and Greased Lightnin’, as well as a solo performance of the lesser-known song Mooning, where Rump explains his nickname and, um, favourite hobby of the same name.

But Ed is shown hamming up the comedy like a pro, as he accompanies himself on – what else – an acoustic guitar.

And as he drops his not-too-shabby American accent for the song, it gives a jolt of pre-stardom Ed, showing off his skills and crooning in his instantly-recognisable easy style.

Elsewhere in a clip from the recording that’s been shared on YouTube by Omega Auctions, Ed plays second fiddle in a duet of Those Magic Changes with his co-star, who we’re pretty sure would not have anticipated the global hitmaker status of his school pal.

Omega Auctions’ Paul Fairweather commented: ‘Over the last year or so we’ve seen an exponential increase in interest for memorabilia and collectables relating to contemporary artists, especially Ed Sheeran.’

Paul explained that they’d previously sold a rare early CD of Ed’s for £50,000 in September 2020, and that enquiries and consignments had been ‘non-stop’ since then.

‘The footage is a great watch and we think it definitely gives a hint as to Ed’s star potential.’

That’s clear to see and one lucky person will be in with the chance of owning the full DVD recording of the show when it heads to auction on June 29.

And the singer-songwriter is no stranger to success at selling one-offs, having seen a painting he produced and raffled off raise £51,000 for a cancer charity.

Later this month, fans will finally get their hit of new material from the singer as he releases his first solo single in four years, Bad Habits.

For more stories like this, check our entertainment page.

Follow Metro.co.uk Entertainment on Twitter and Facebook for the latest celeb and entertainment updates. You can now also get Metro.co.uk articles sent straight to your device. Sign up for our daily push alerts here.