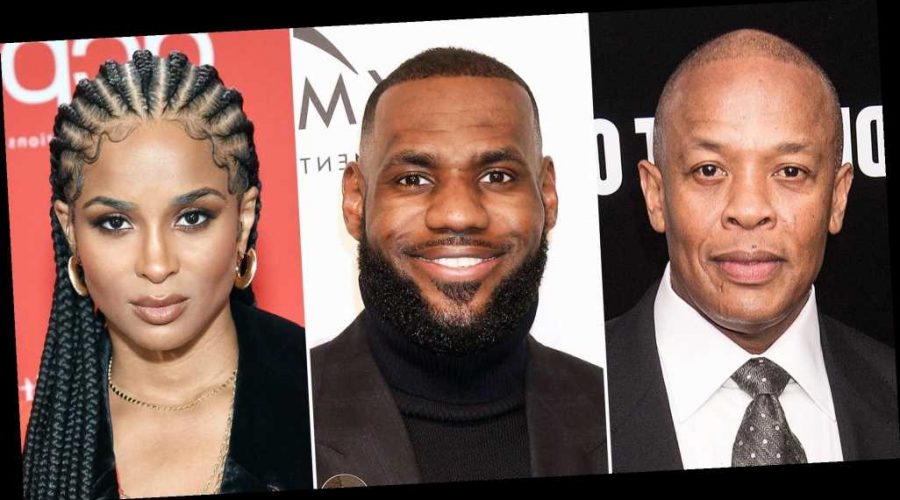 Surrounded by love! Dr. Dre received a number of well-wishes from his celebrity pals after being hospitalized on Monday, January 4.

The music mogul, 55, was rushed by ambulance to Cedars-Sinai Medical Center in Los Angeles suffering a brain aneurysm. A source exclusively told Us Weekly that doctors were “extremely concerned” about Dre (real name Andre Romelle Young), who had experienced “a horrible headache at home for about 24 hours” before being admitted to the intensive care unit. By Monday night, however, he was “semi-responsive” and able to text his children, according to the source.

The rapper shared a promising update to his 5.3 million Instagram followers on Tuesday, January 5.

“Thanks to my family, friends and fans for their interest and well wishes. I’m doing great and getting excellent care from my medical team,” he wrote. “I will be out of the hospital and back home soon. Shout out to all the great medical professionals at Cedars. One Love!!”

The news of the Beats Electronics founder’s health scare came in the midst of his contentious split from Nicole Young. The estranged couple married in May 1996, and she filed for divorce in June 2020, citing irreconcilable differences. Dre and Young, 51, share two children: son Truice, 24, and daughter Truly, 20. The music producer is also the father of son Curtis, 39, with Cassandra Joy Greene, daughter La Tanya, 38, with Lisa Johnson and son Marcel, 29, with Michel’le. His son Andre Jr., whom he shared with Jenita Porter, died at age 20 in 2008 from a drug overdose.

Dre and Young’s divorce has continued to make headlines in recent months as they battle over spousal support and their prenuptial agreement. In addition, she raised the possibility that he had fathered other children outside of their marriage in court documents filed in November 2020.

TMZ, which broke the news of the record executive’s hospitalization on Monday, reported that a hearing in the divorce case scheduled for Wednesday, January 6, is still expected to take place without Dre present.

Scroll down to see more stars who have wished Dre a speedy recovery.

01/06/2021 Celebrities Comments Off on Dr. Dre Gets Well-Wishes From Celebs, Speaks Out After Brain Aneurysm
Recent Posts
We and our partners use cookies on this site to improve our service, perform analytics, personalize advertising, measure advertising performance, and remember website preferences.Ok