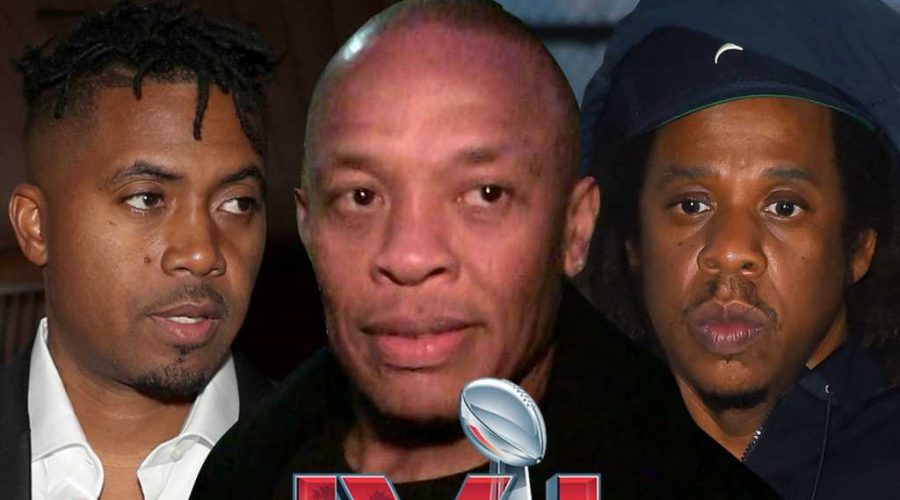 Neither Jay-Z or Nas took the stage for Dr. Dre‘s iconic Super Bowl LVI halftime show, but the legendary producer is crediting them BOTH for saving the event.

On Wednesday, a clip from Dolvett Quince‘s “Workout the Doubt” podcast surfaced, with an interview with Dr. Dre. The legendary producer admitted he had reservations about looking like a Super Bowl sellout in the aftermath of the Colin Kaepernick protests.

Dre recalls when pondering his decision, he hopped on the phone with Nas, who was able to convince his longtime friend the SB performance would be monumental for the culture.

Together with Snoop Dogg, Eminem, Kendrick Lamar and Mary J. Blige, the halftime show was nominated for 5 Primetime Emmy Awards — with massive viewership.

As we reported, Dre may have even more surprises in the stash, recently spotted in the studio with Snoop and Em on numerous occasions.