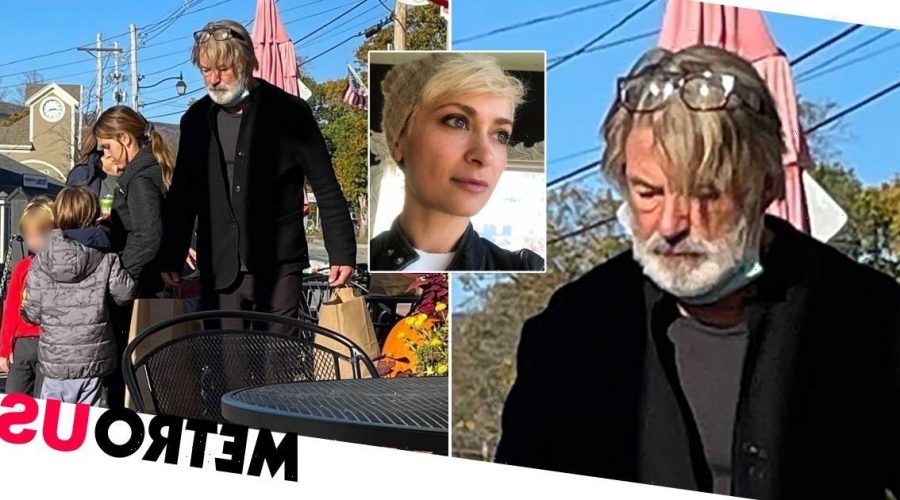 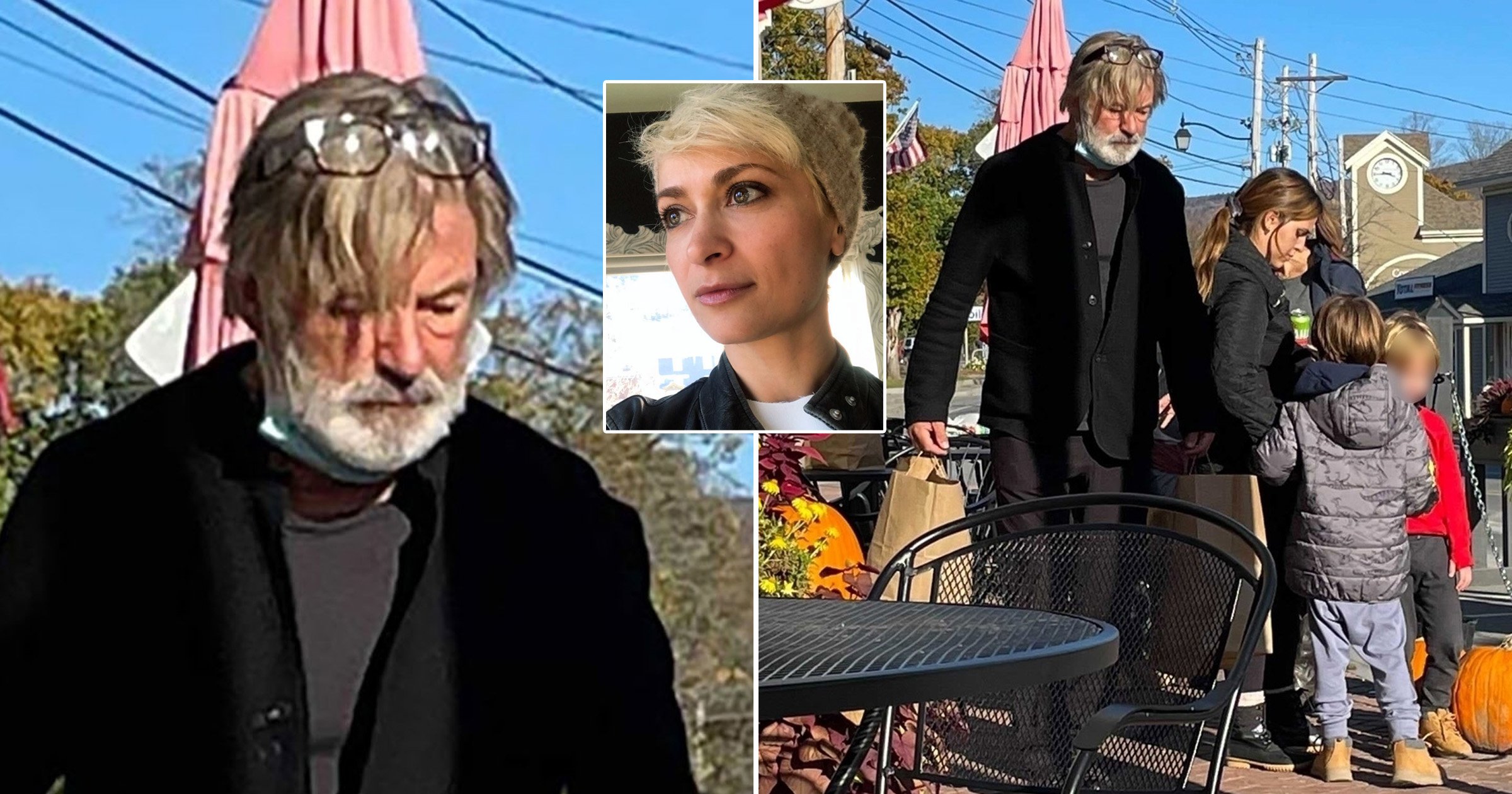 Alec Baldwin has been pictured keeping a low profile with his family in a small New England town, one week after he accidentally fatally shot Halyna Hutchins on the set of Rust.

The actor has only been seen publicly a handful of times since hired the prop gun which hit director of cinematographer Hutchins, 42, as well as director Joel Souza, 48, during a rehearsal for a scene.

Hutchins was airlifted to hospital but died from her injuries while Souza was later released from hospital.

Just hours after investigators have said they were ‘not exactly sure’ of the whereabouts of the 63-year-old, TMZ revealed the 30 Rock star has been spending time in an ‘an off-the-beaten-path location’.

Residents spotted the despondent star buying pizza with his wife Hilaria and their children on Sunday, as the investigation into the fatal accident continues.

The actor’s Twitter account has remained active since Hutchins’ death, with Baldwin sharing a statement sharing his shock over the shooting.

He has since retweeted news articles, including a New York Times piece on Wednesday about the incident.

In a press conference on Wednesday, officials explained that Baldwin – who remains an active part of the investigation – has been cooperating with police amid interviews and searches.

Mendoza confirmed that the investigation is ongoing and charges may be filed at a later date, if probable cause is found.

‘I want to ensure the victims, their families, and the public that we are conducting a thorough and objective investigation, he explained. ‘In reference to possible charges, it’s too early right now in the investigation to comment on charges at this point.’

Mendoza continued: ‘The investigation will continue and if the sheriff’s office determines during our investigation that a crime has occurred and probable cause exists then an arrest or arrests will be made and charges will be filed.

‘No one has been ruled out at this point,’ Carmack-Altwies added while answering questions from the press in attendance.

It was also confirmed Baldwin was the last one to hold the gun, after he was handed it by assistant director David Halls, who took the revolver from a tray set up by armourer Hannah Gutierrez-Reed. It was said the gun was first taken out of a safe in a truck by prop master Sarah Zachry.

In a statement after the incident, Baldwin wrote: ‘There are no words to convey my shock and sadness regarding the tragic accident that took the life of Halyna Hutchins, a wife, mother and deeply admired colleague of ours.

‘I’m fully cooperating with the police investigation to address how this tragedy occurred and I am in touch with her husband, offering my support to him and his family. My heart is broken for her husband, their son, and all who knew and loved Halyna.’