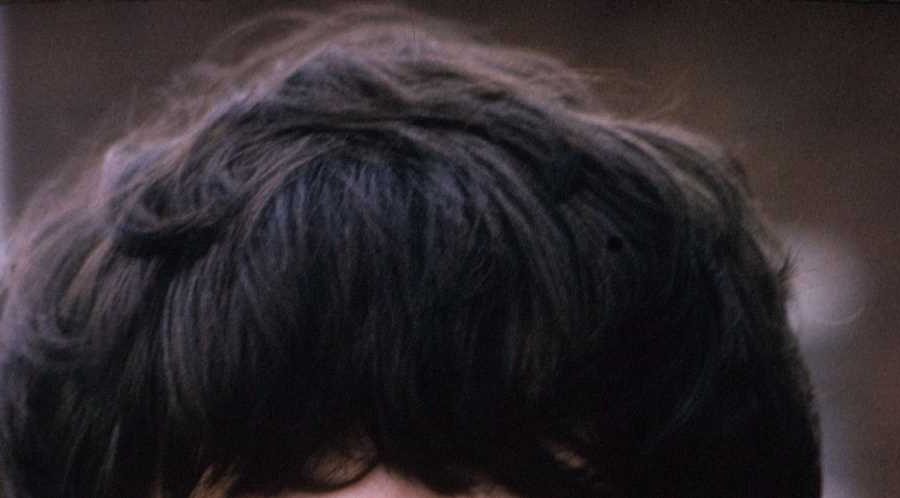 Happy birthday, Donny Osmond! The former teen heartthrob, seen here in 1972, turns 64 on Dec. 9, 2021. In honor of his birthday, Wonderwall.com is taking a look back at the most swoonworthy photos of the singer early in his career — but we have one warning before you proceed: They could trigger a serious case of “Puppy Love”!

Keep reading to check them out…

RELATED: Teen idols: Where are they now?

That smile! That hat! Donny Osmond exuded some serious ’70s style in a burgundy newsboy cap and striped sweater vest while posing outdoors in London in 1974.

RELATED: Where are the Osmond siblings now?

Donny Osmond and younger sister Marie Osmond, pictured here together in the ’70s, were a pop culture force to be reckoned with in the ’70s when they starred on their own ABC series, “The Donny & Marie Show,” from 1976 until 1979.

How many teens wanted to find Donny Osmond under their Christmas tree in 1976? The heartthrob embraced the holiday spirit and rocked a Santa hat during this 1976 photoshoot.

Donny Osmond certainly looked suave during this photoshoot in the ’70s.

A fresh-faced Donny Osmond flashed a big grin while signing autographs at Heathrow Airport in London in 1972.

Spooky! Donny Osmond and Marie Osmond dressed up as vampires on an episode of “The Donny & Marie Show” in 1976.

A 16-year-old Donny Osmond looked marvelous in mustard while being photographed in London in 1974.

Always sweet to his fans, Donny Osmond is seen here greeting a big group of teen girls with a smile in the ’70s.

A nearly 21-year-old Donny Osmond showed off his more grown-up side in this portrait from 1978.

Donny Osmond rocked feathered hair and an unbuttoned collared shirt and a chain while posing for the camera in August 1977 — just a few months shy of his 20th birthday.

In the early ’80s, Donny Osmond took on Broadway! Here he is rehearsing with his castmates in “Little Johnny Jones” — his first big show — in New York City in 1981.

Donny Osmond grinned while signing some autographs through a car window in London in 1975.

Dreamboat on the drums! Donny Osmond, then 18, hit the skins during an episode of “The Donny & Marie Show” in 1976.

By 14, Donny Osmond was already an old pro on stage. He’s seen here serenading an audience in 1972.

A cute boy and a pup, what could be better? Donny Osmond posed alongside a pooch at a photoshoot in the ’70s.

Donny Osmond got all dolled up for a performance in Paris in 1975 — just check out that sparkly top hat and feather-trimmed jacket.

While visiting England with his famous family in the ’70s, Donny Osmond posed for this sweet pic with little brother Jimmy Osmond.

Serious star power! Donny Osmond rocked the letter D on his sweater while making an appearance with little sister Marie Osmond on Sonny Bono and Cher’s “The Sonny & Cher Comedy Hour” in 1976. 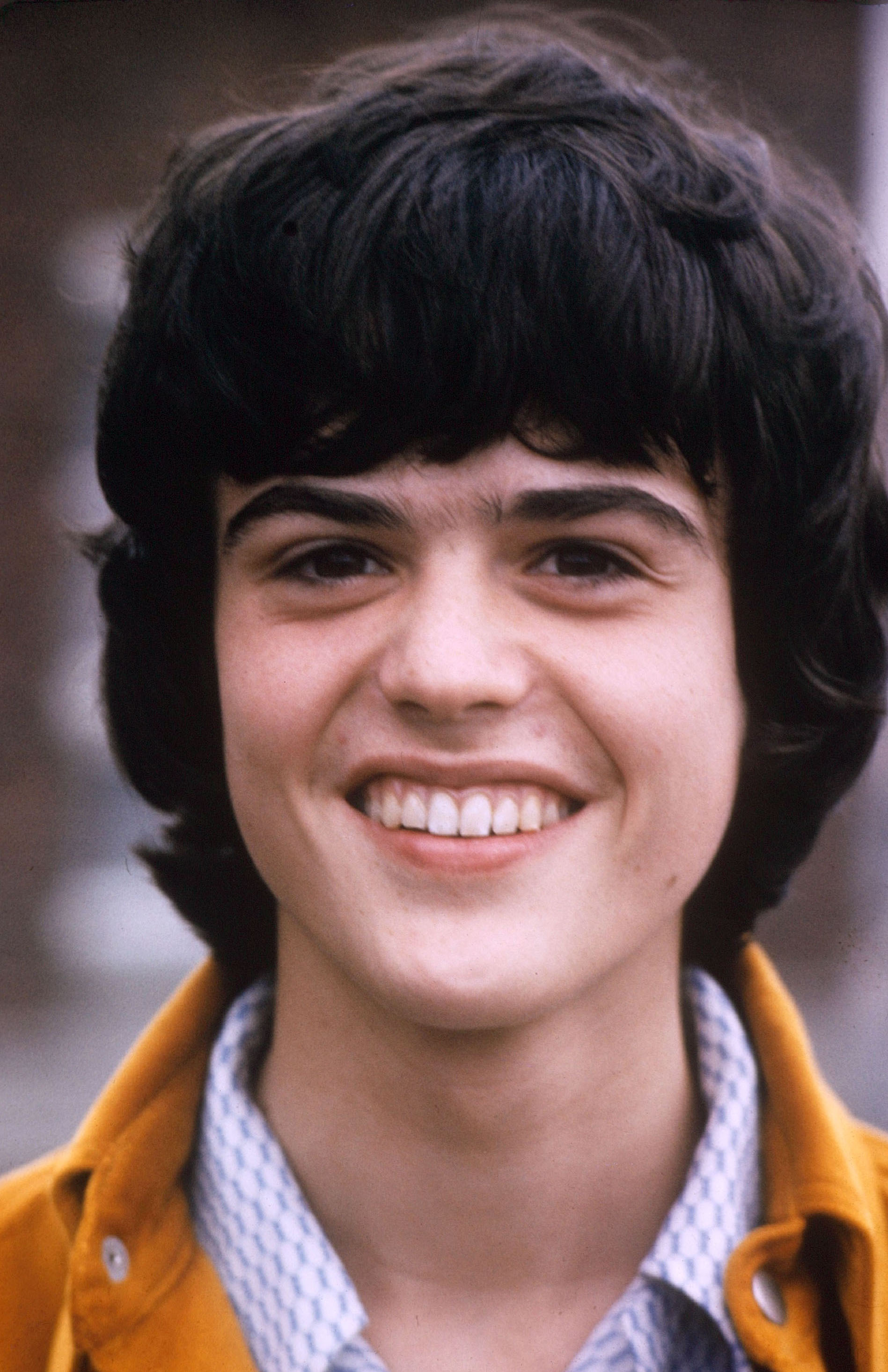 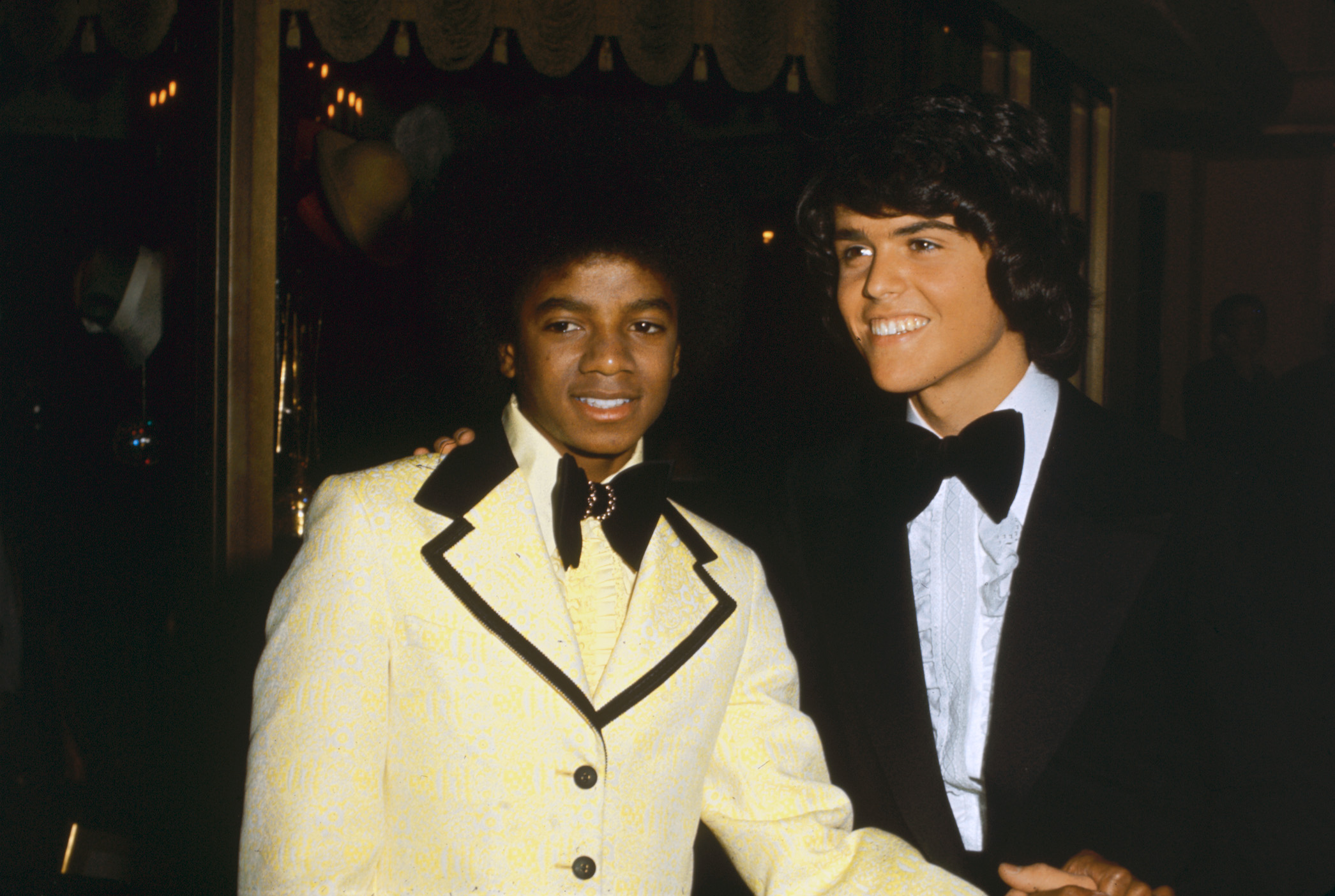 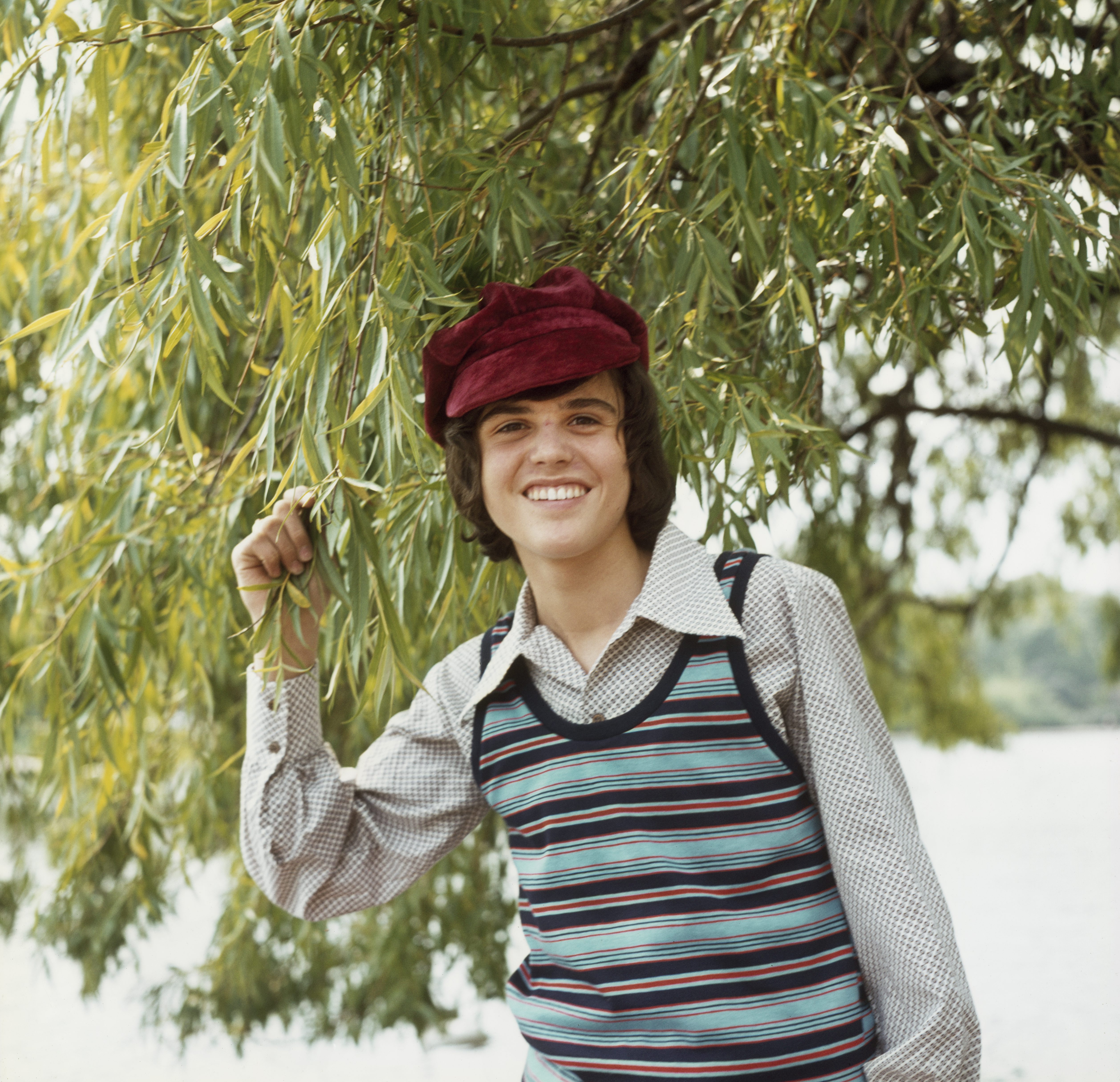 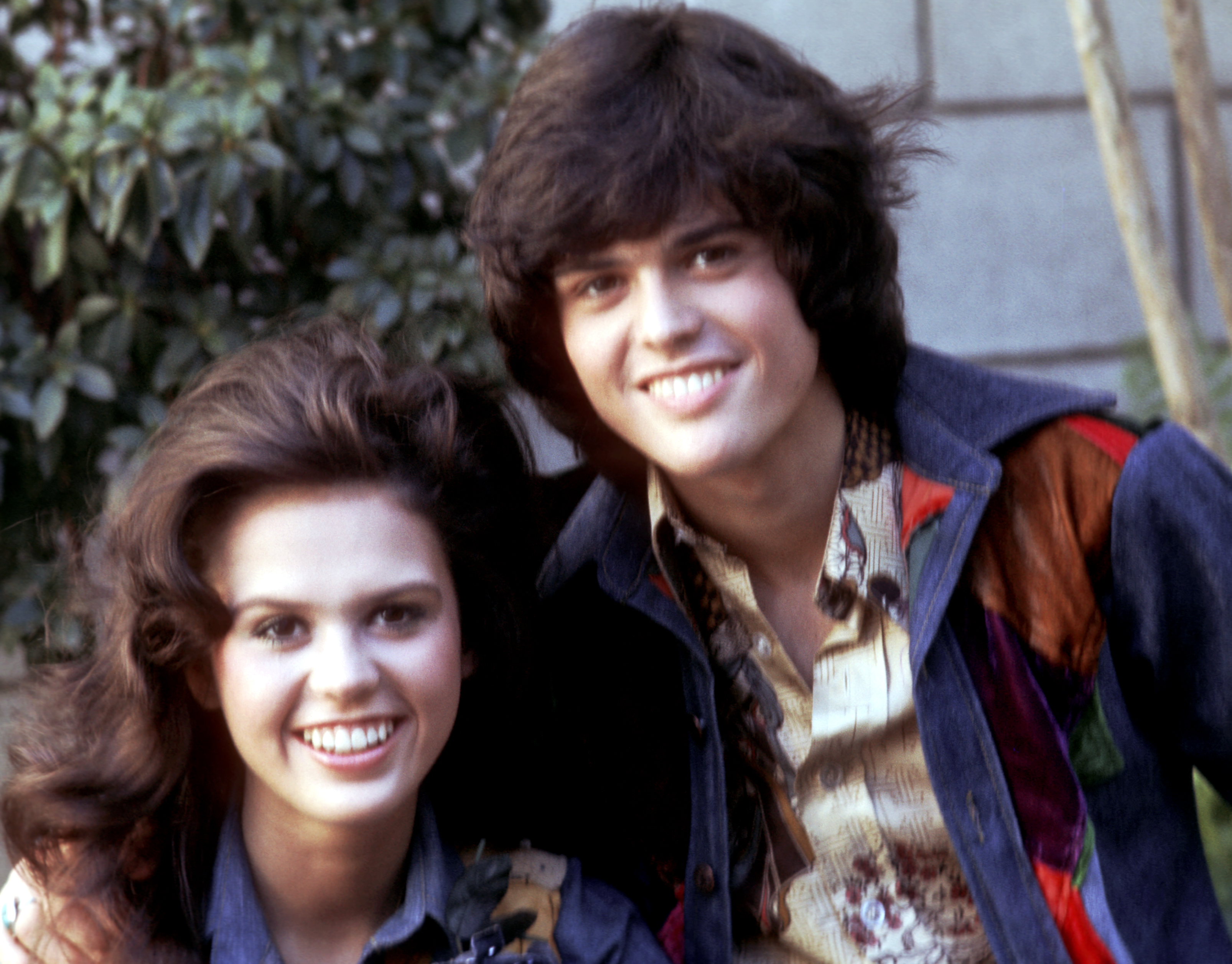 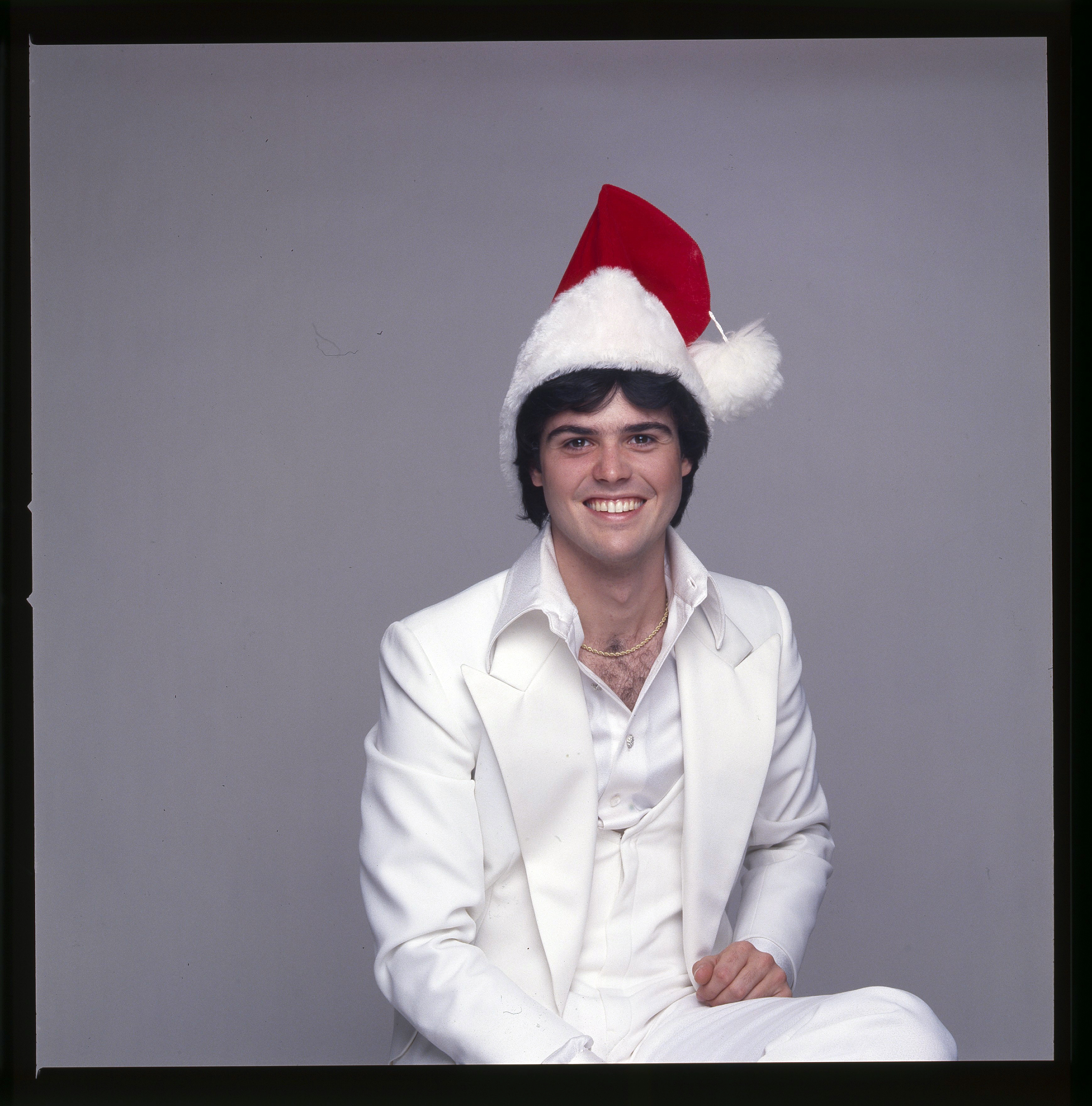 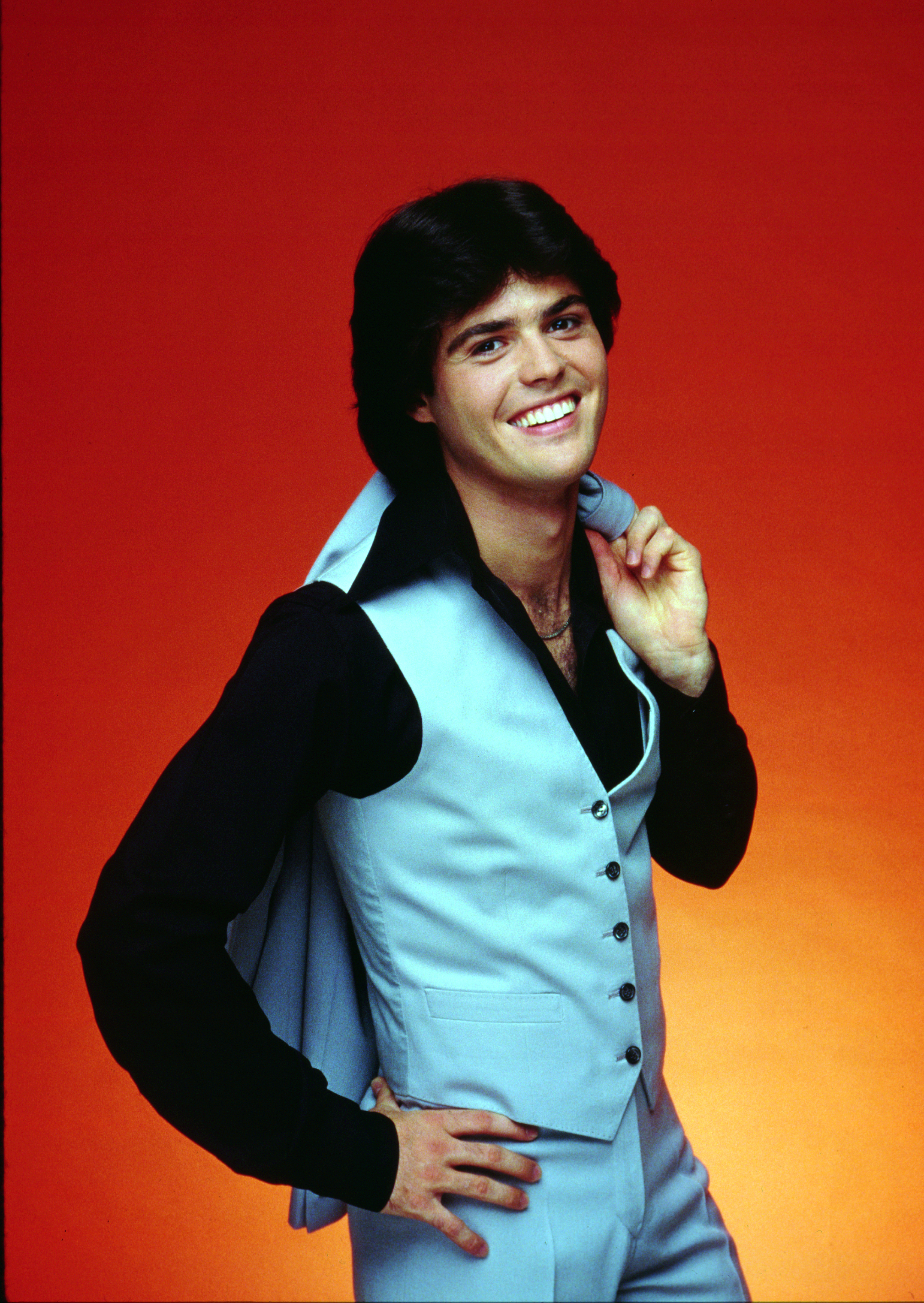 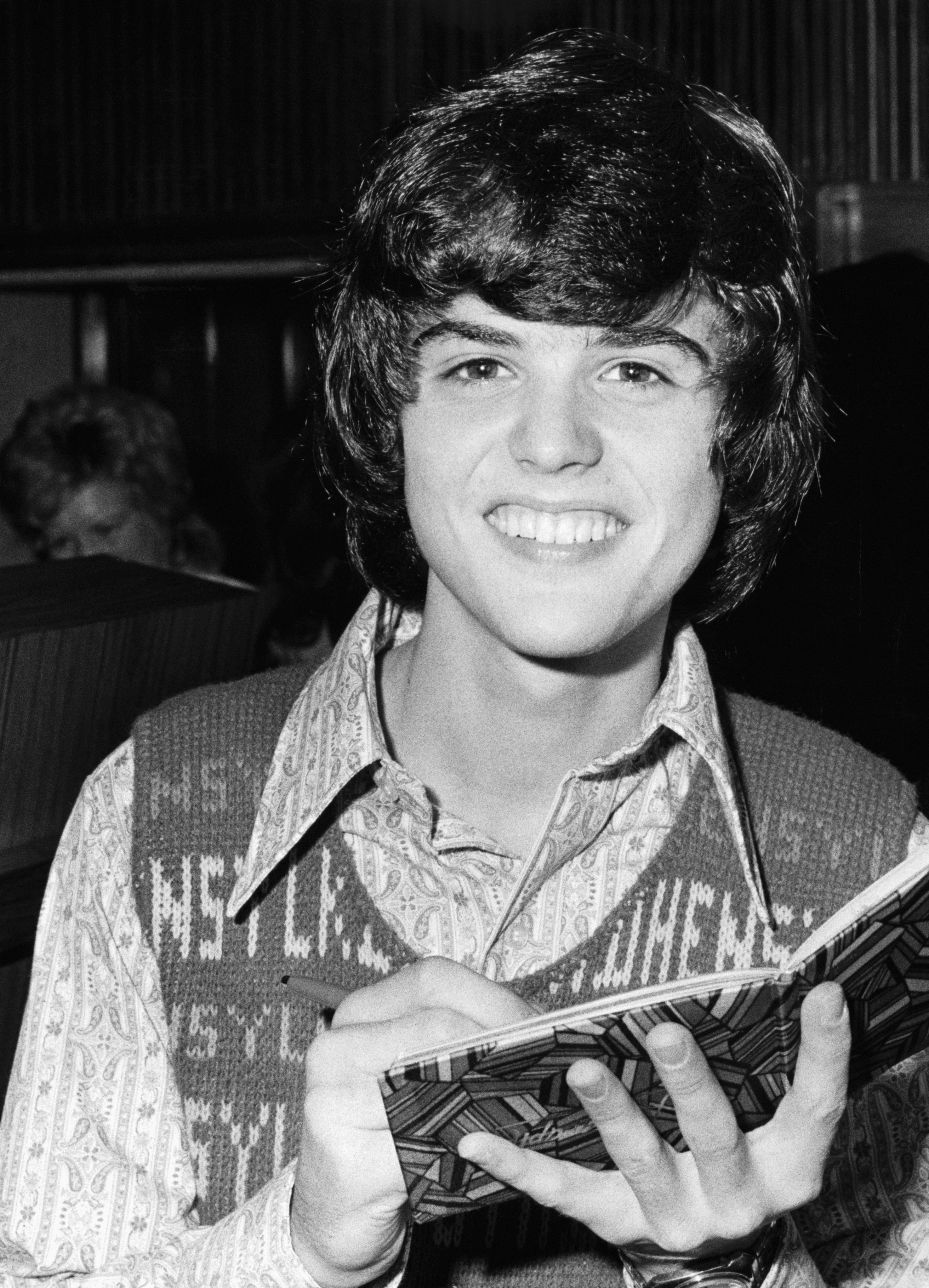 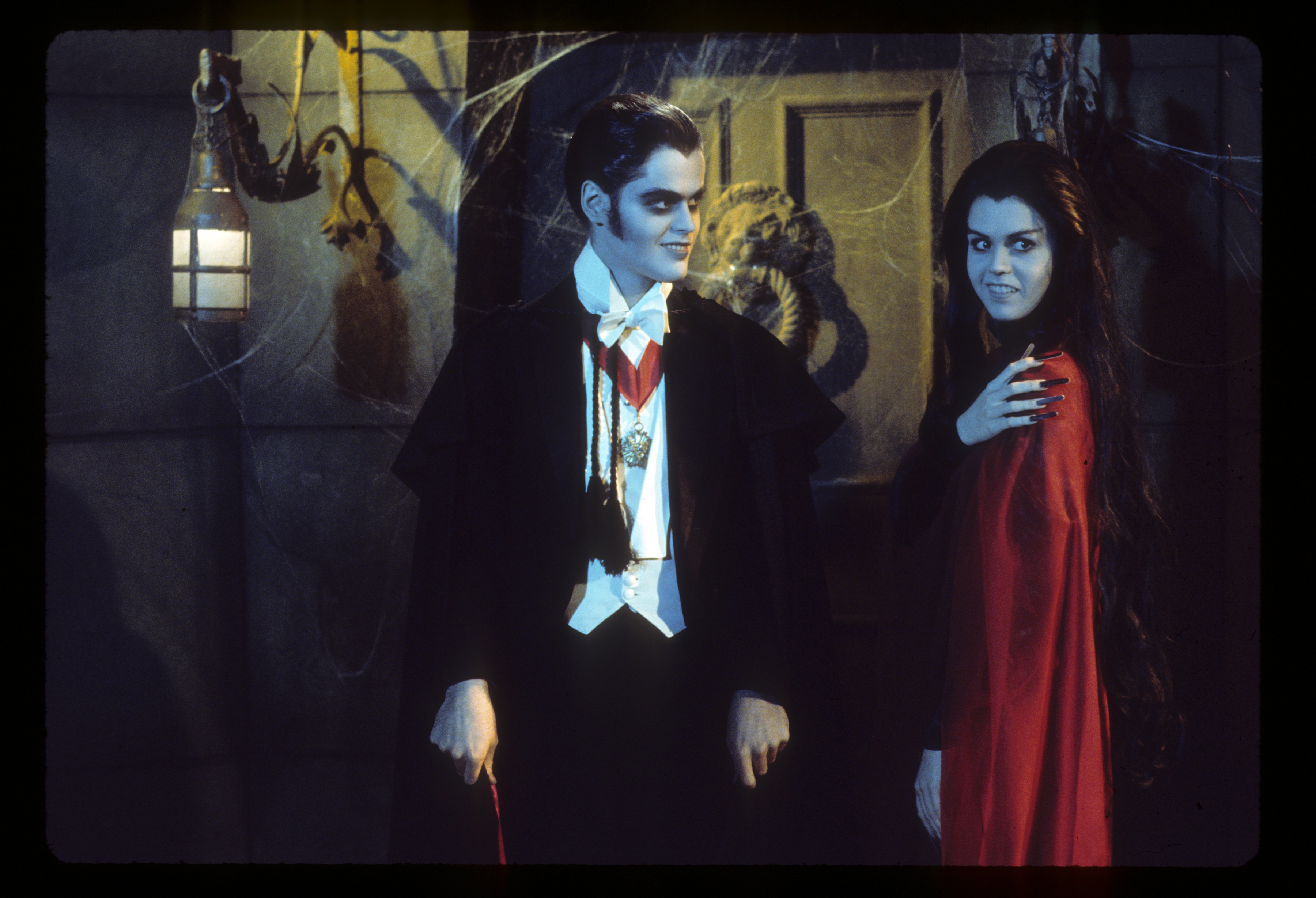 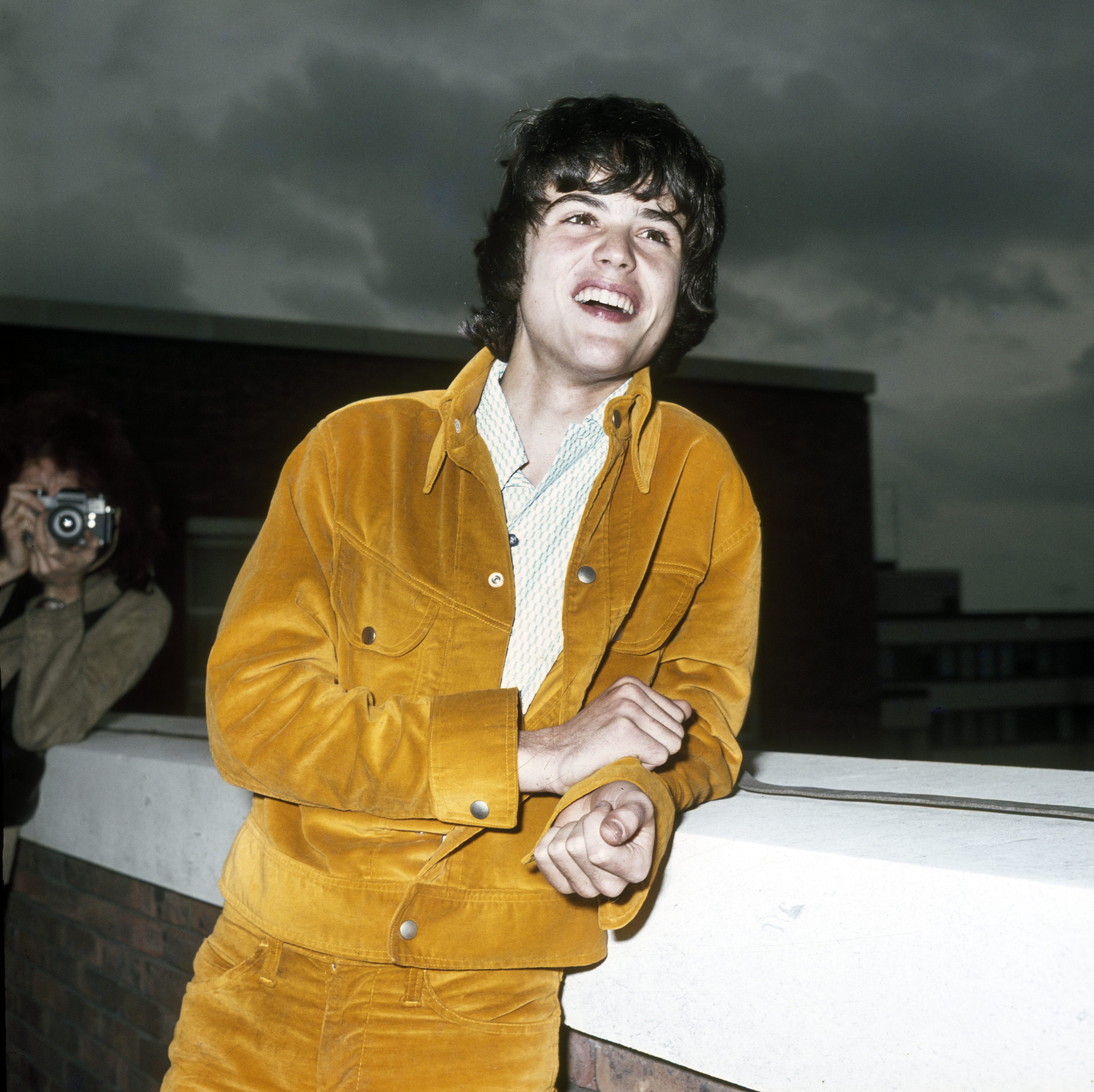 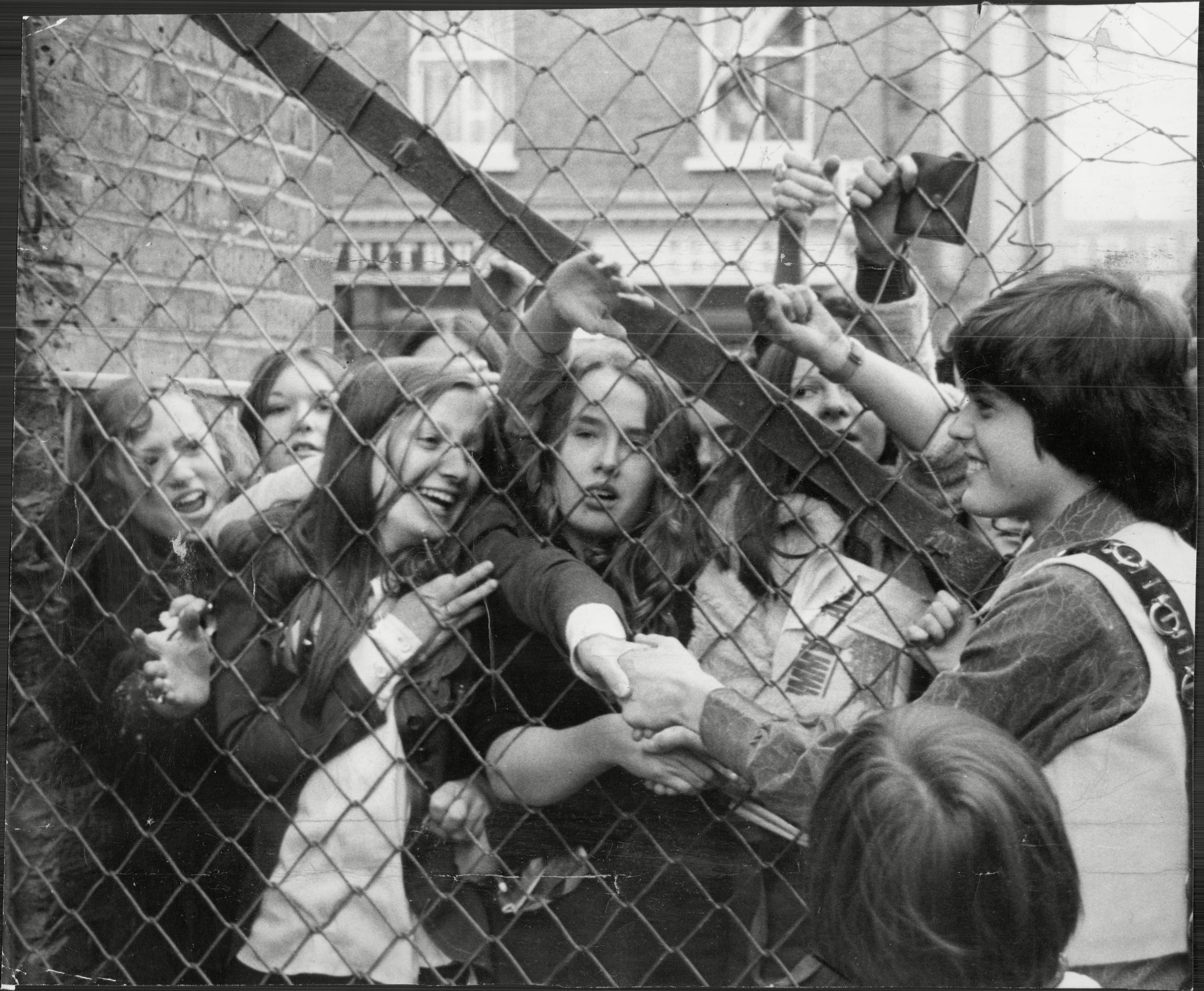 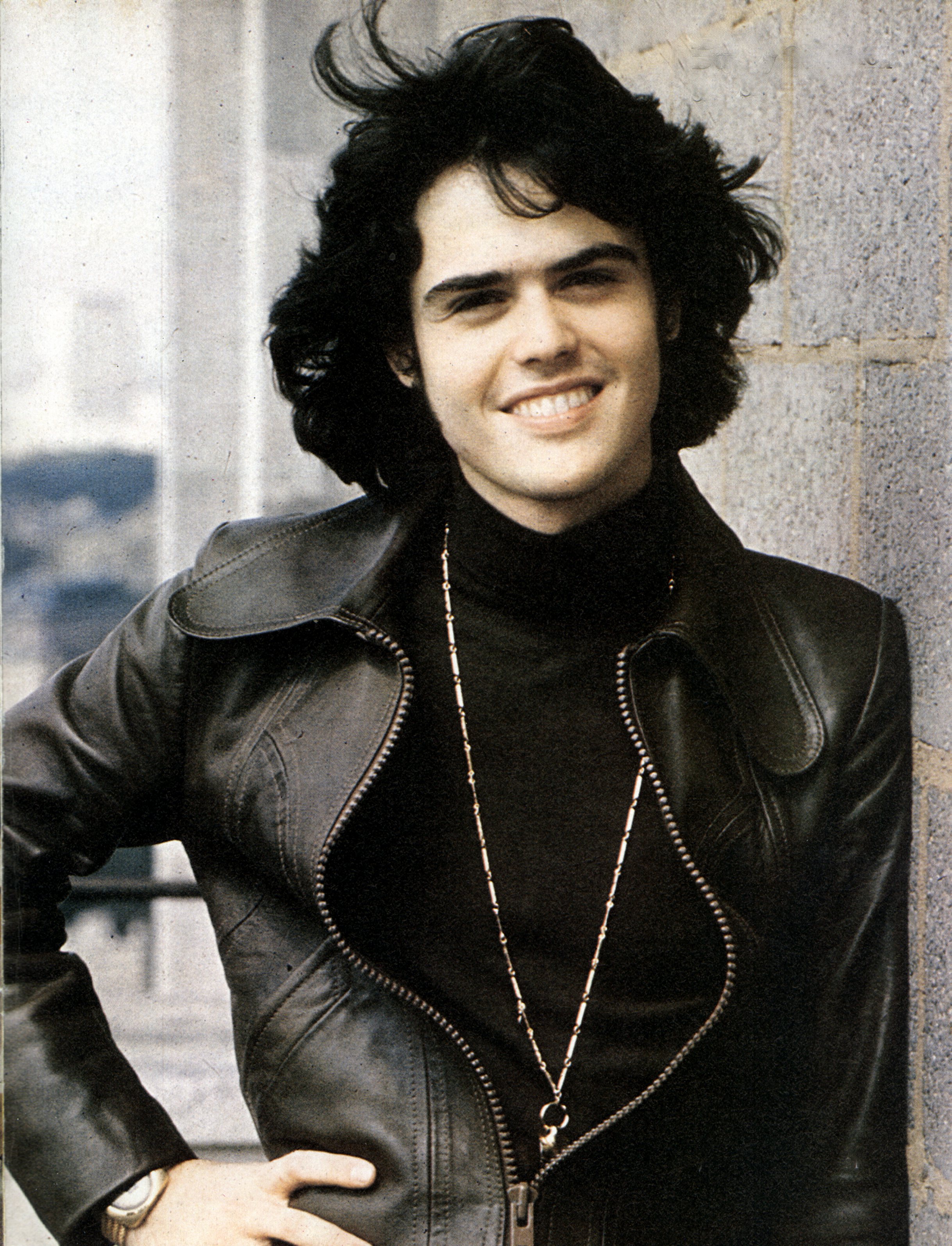 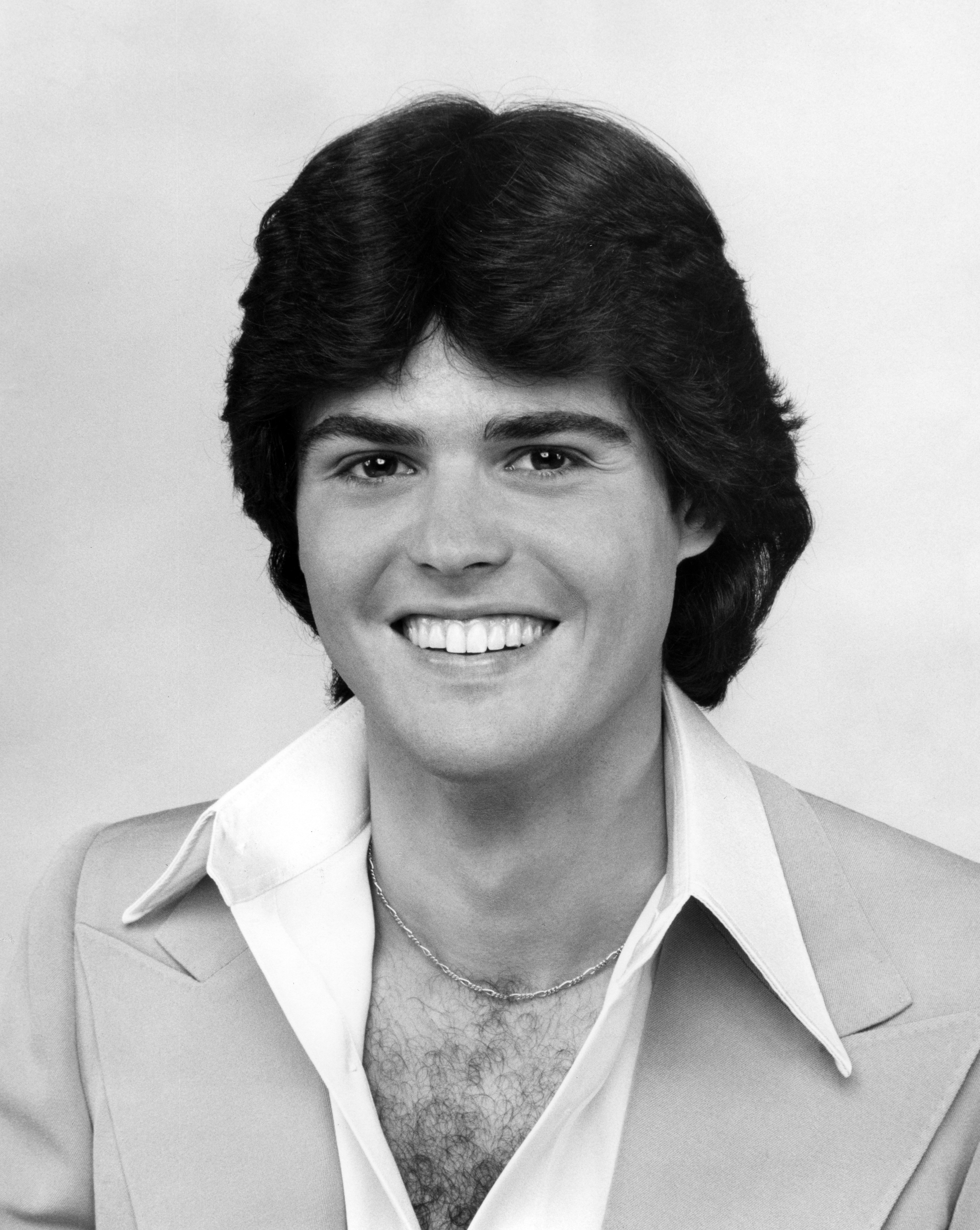 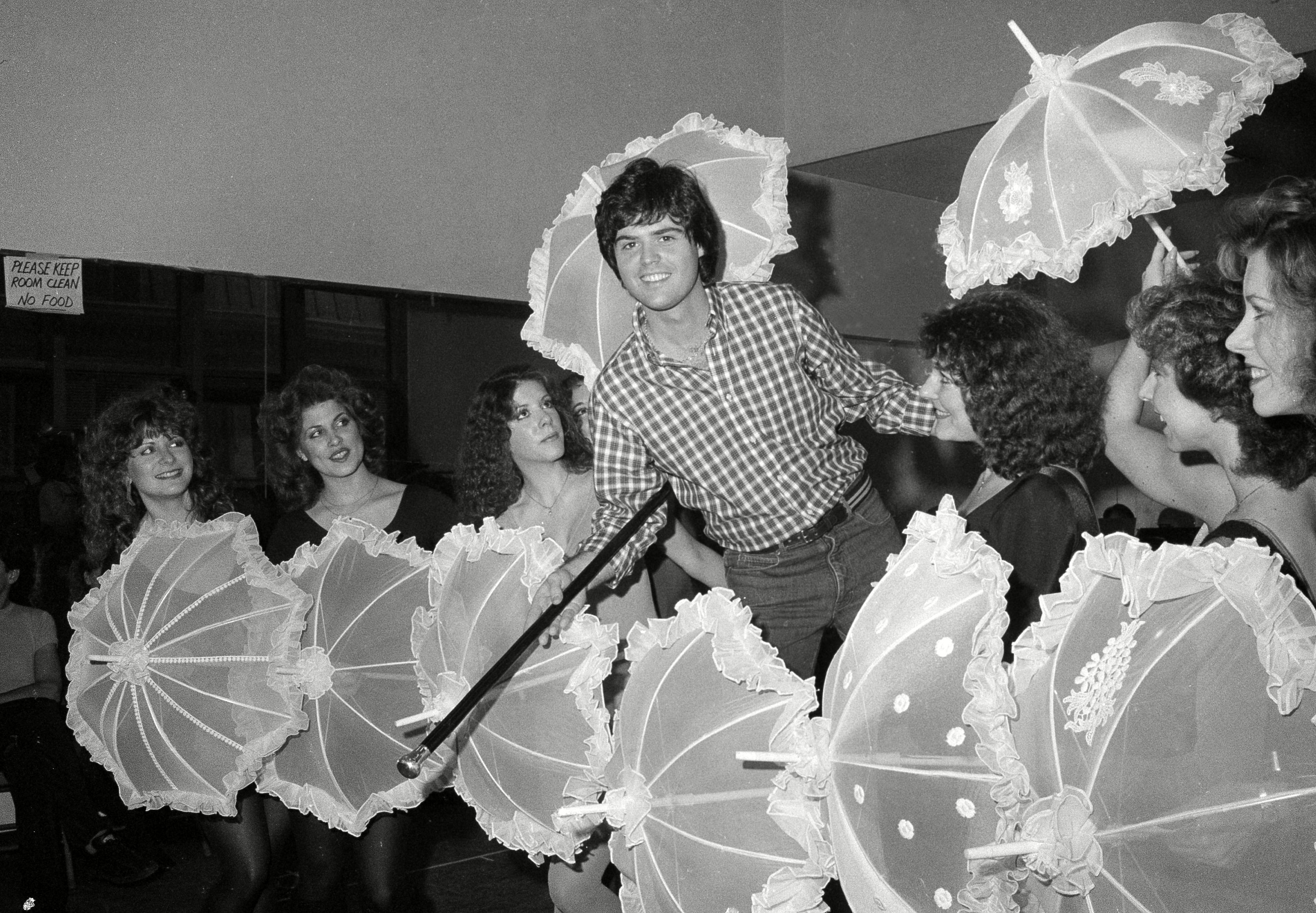 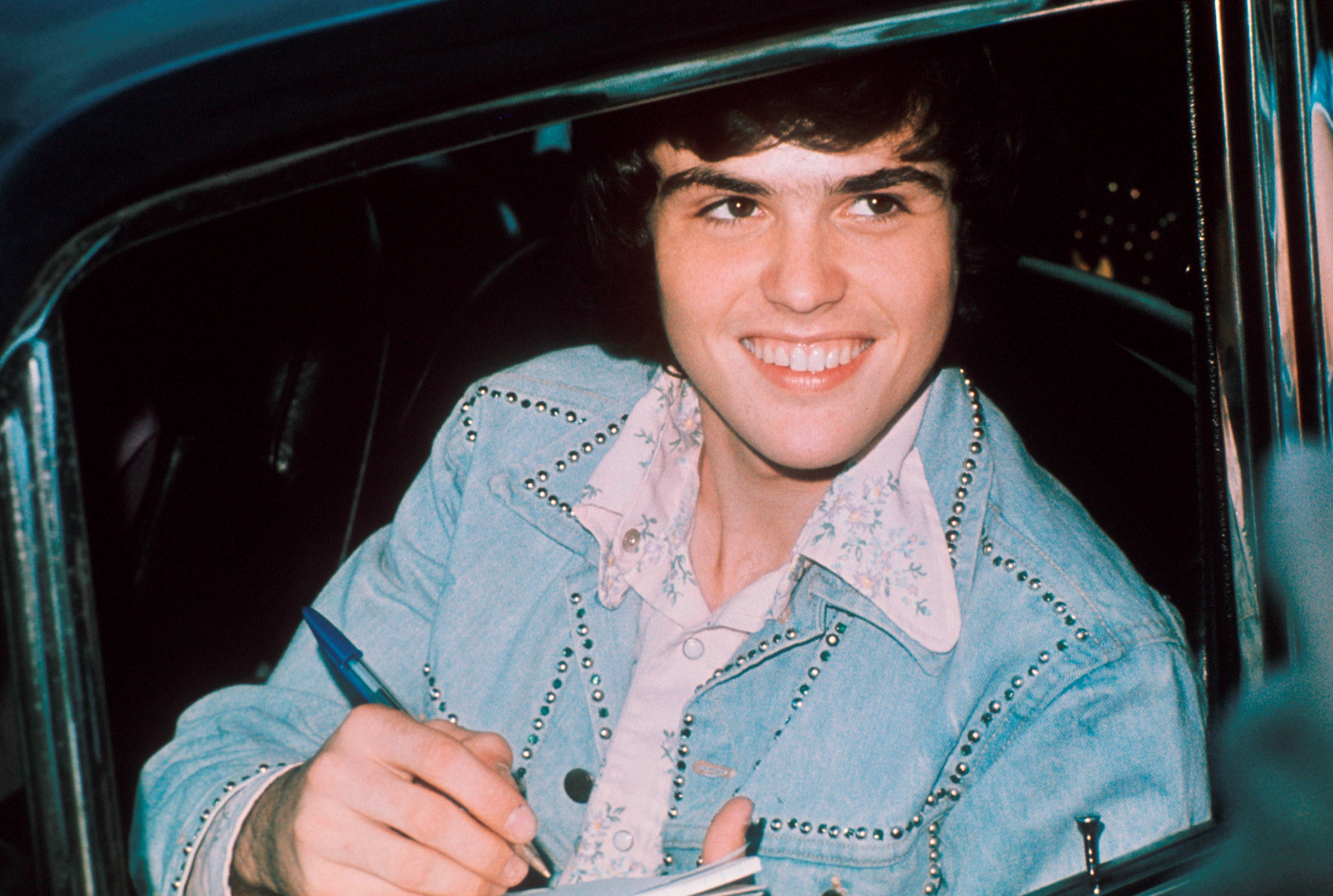 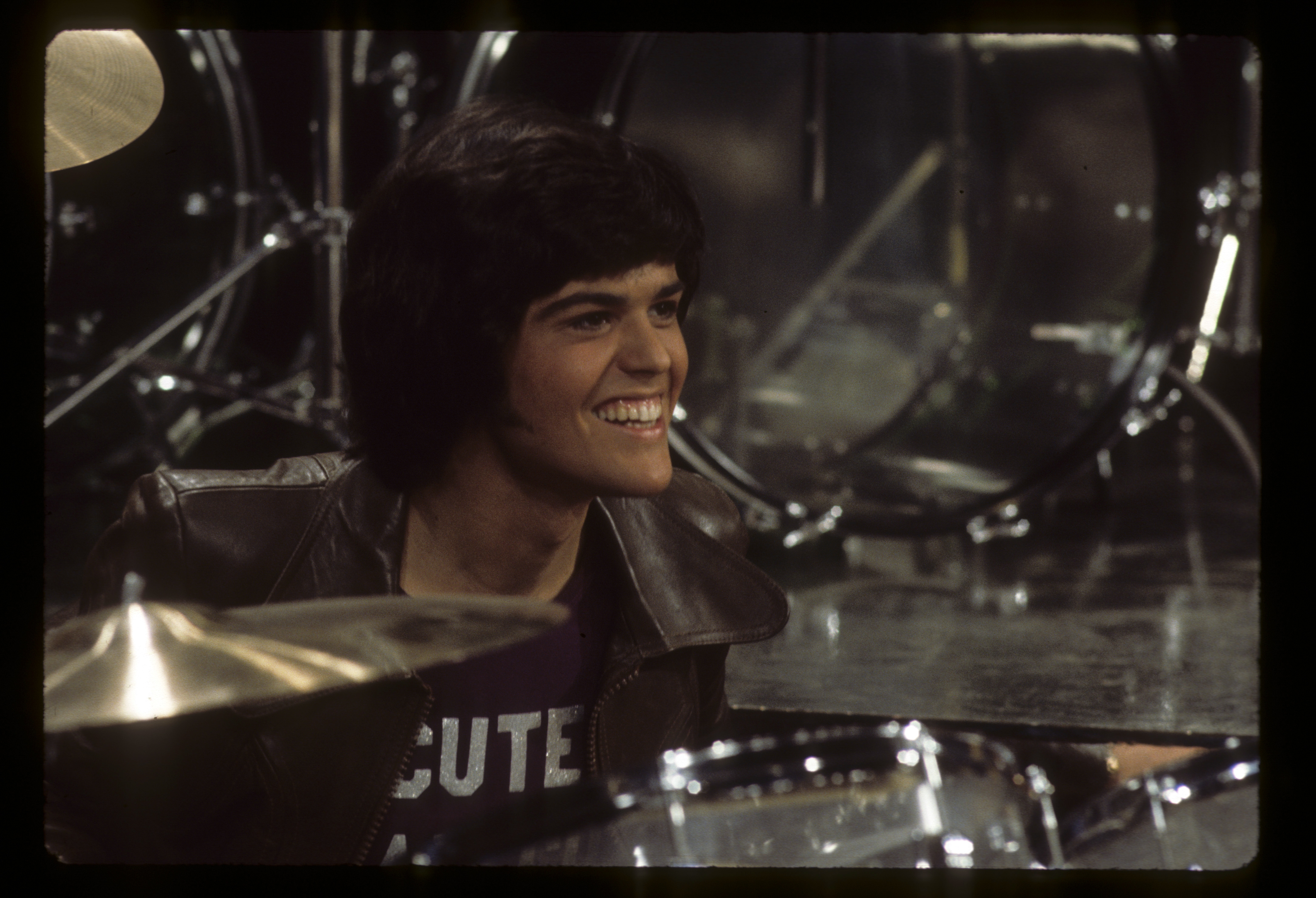 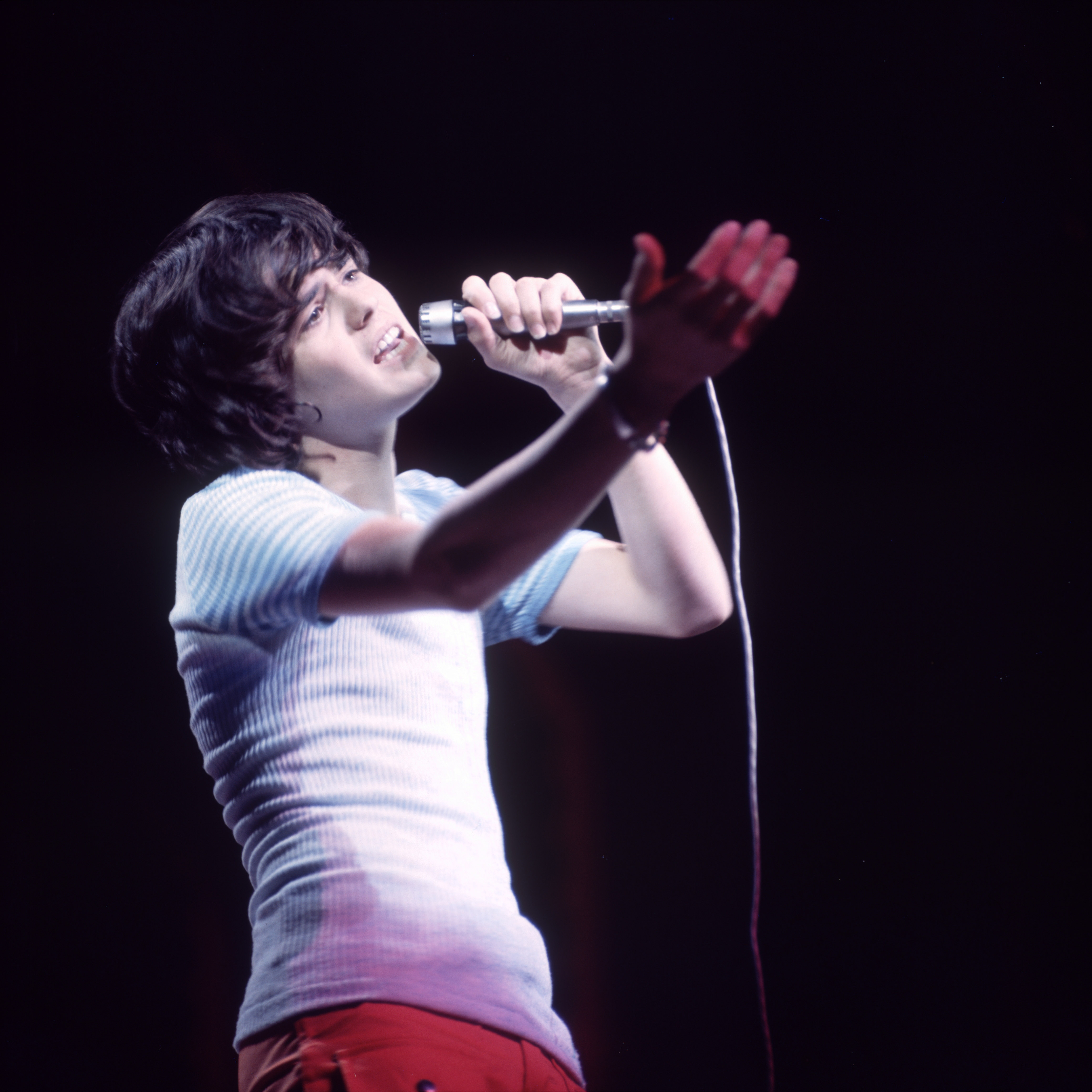 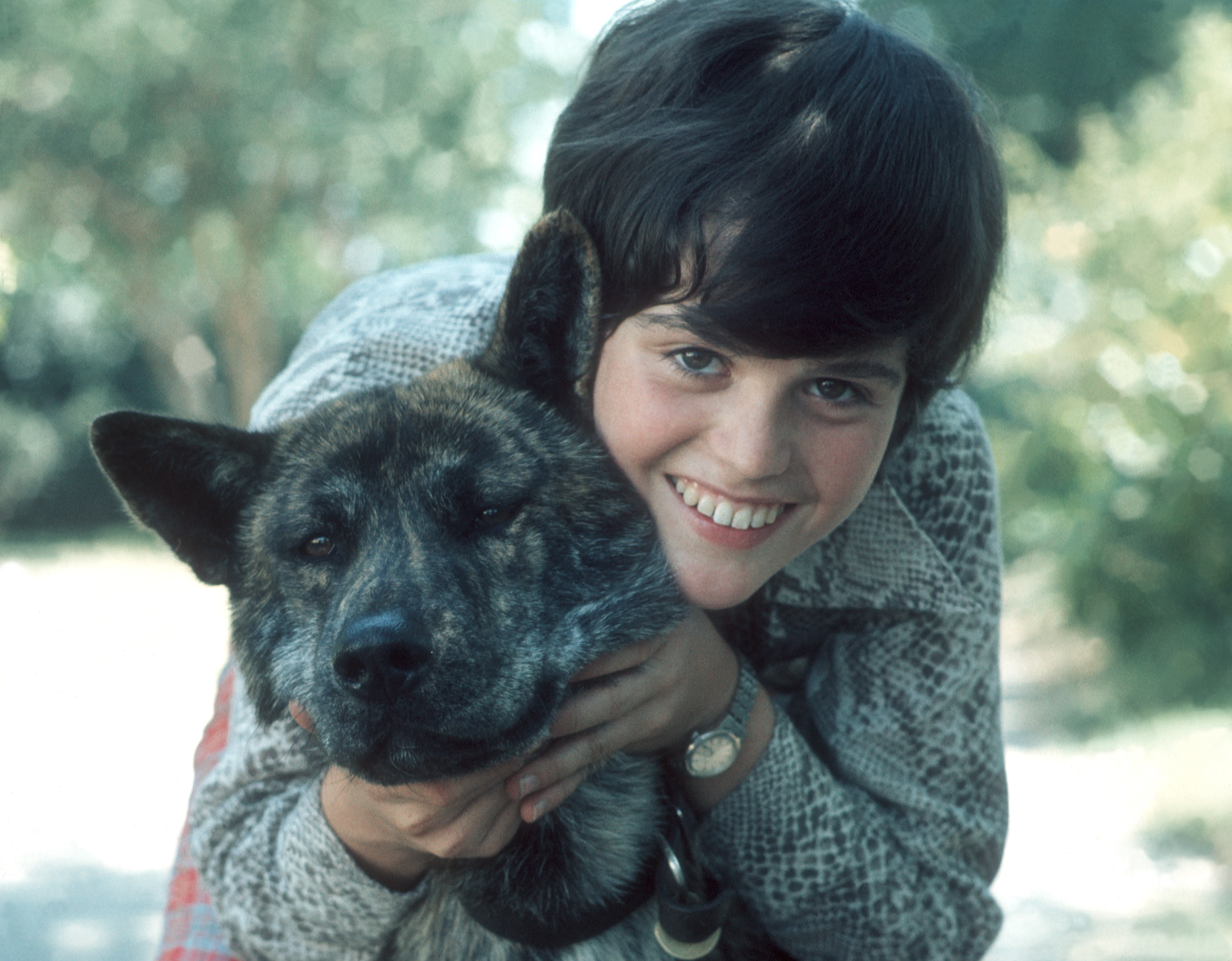 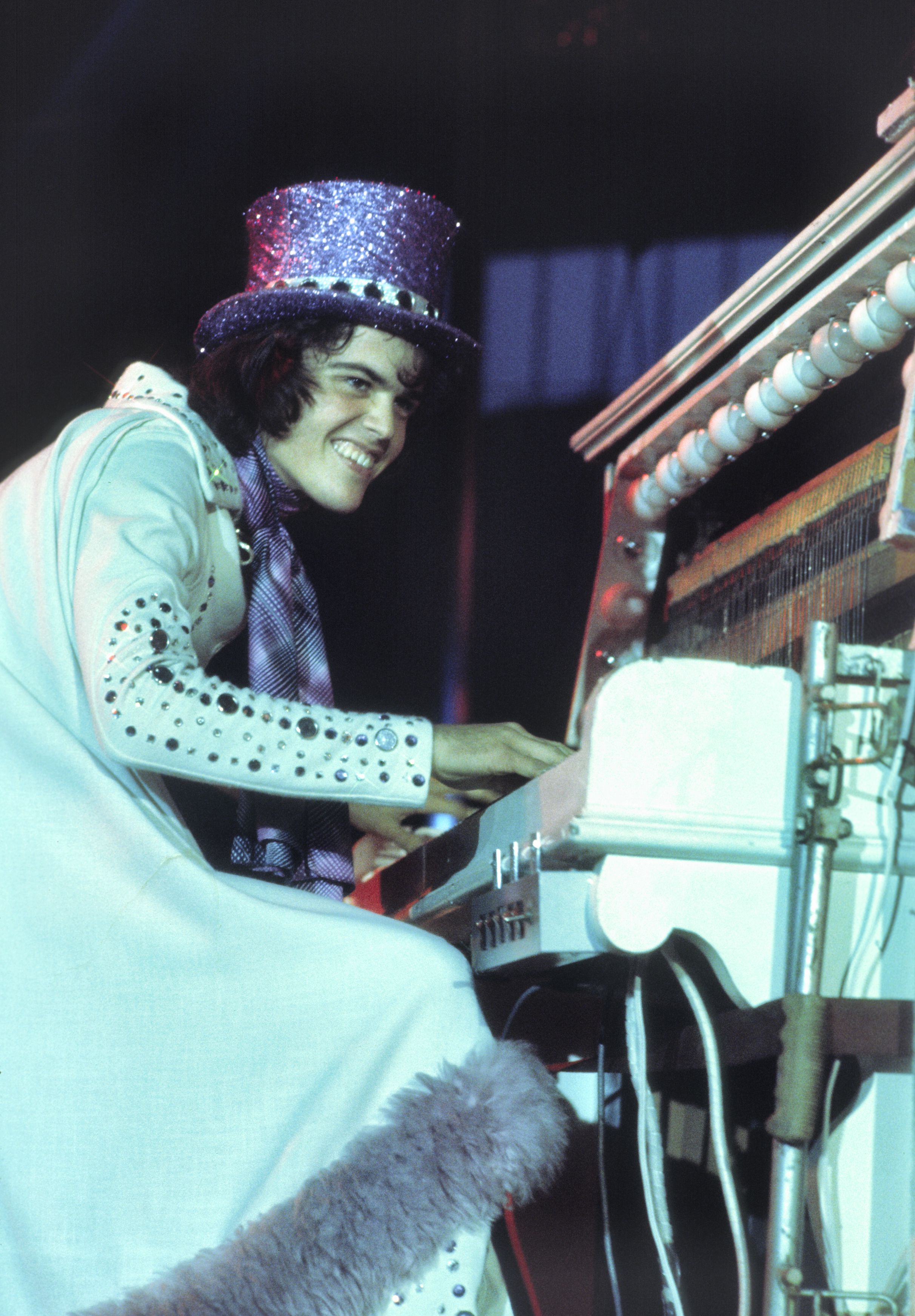 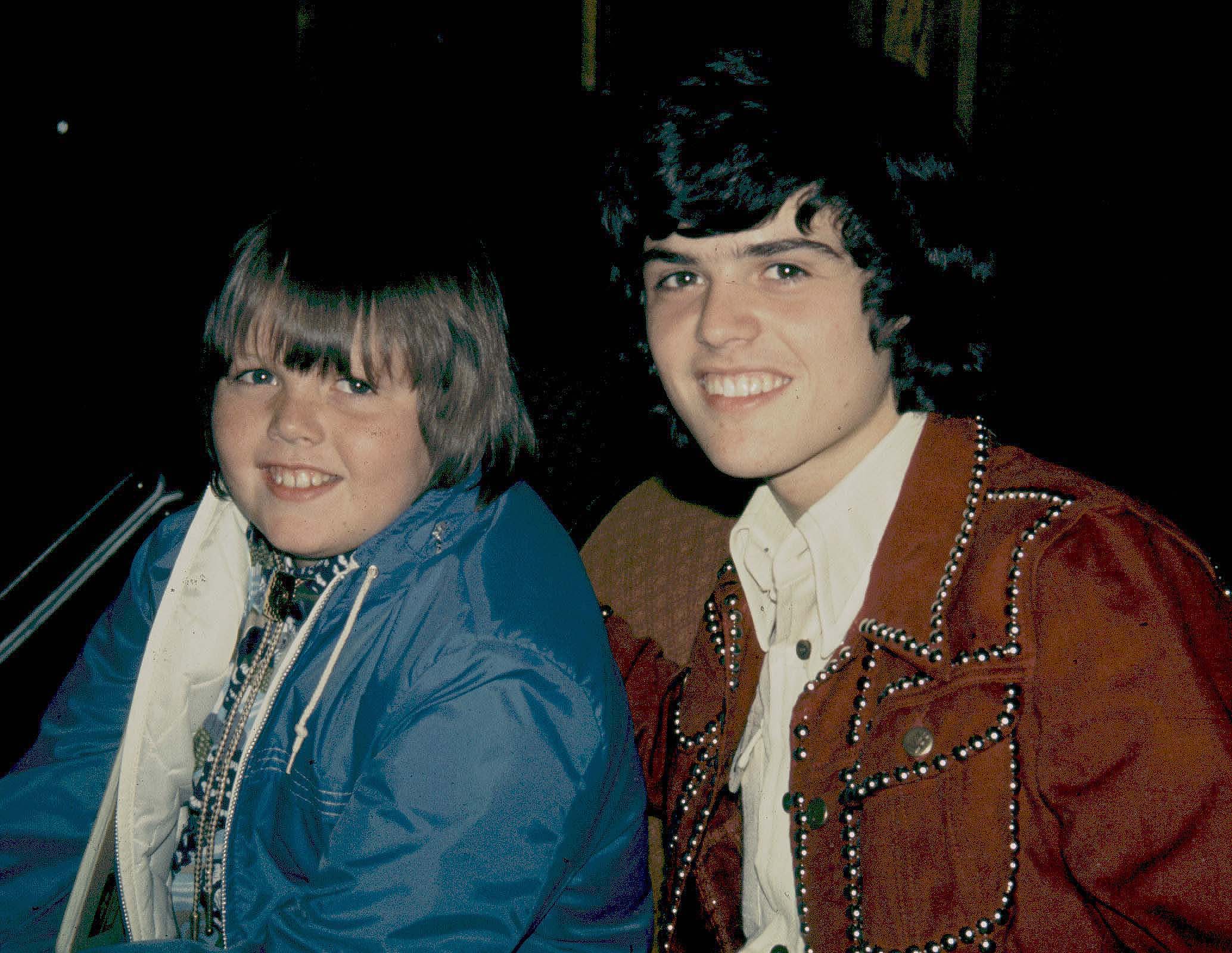 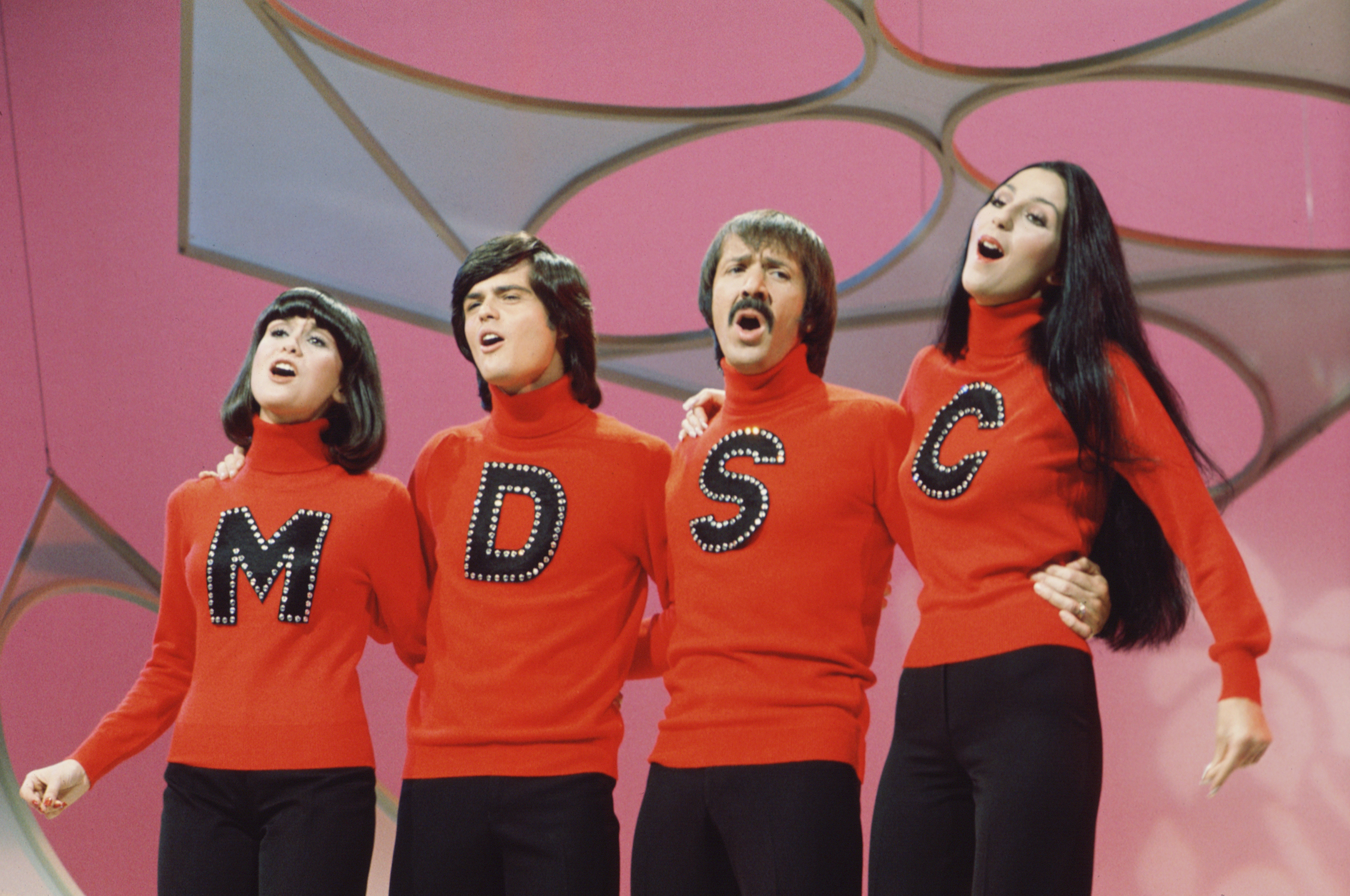 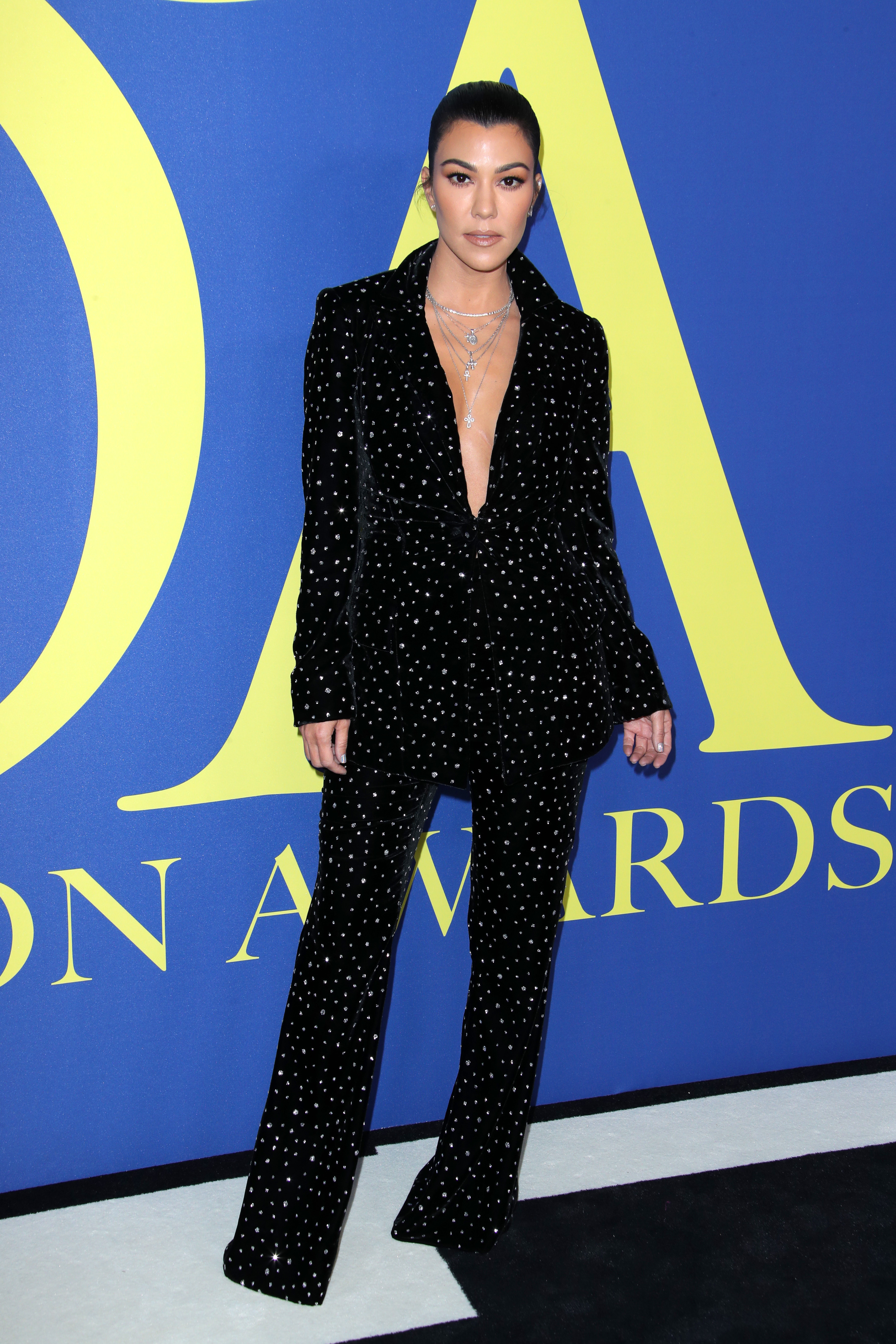 12/09/2021 Celebrities Comments Off on Donny Osmond turns 64: See the most swoonworthy photos of the singer early in his career
Recent Posts