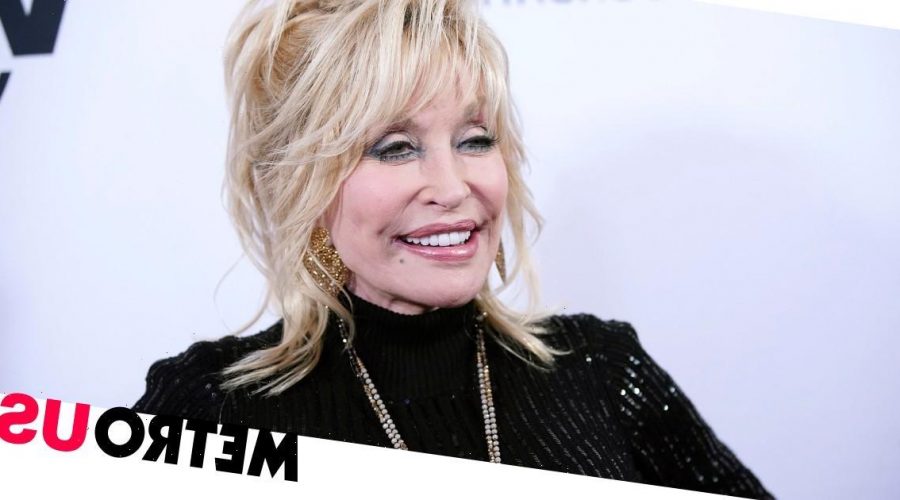 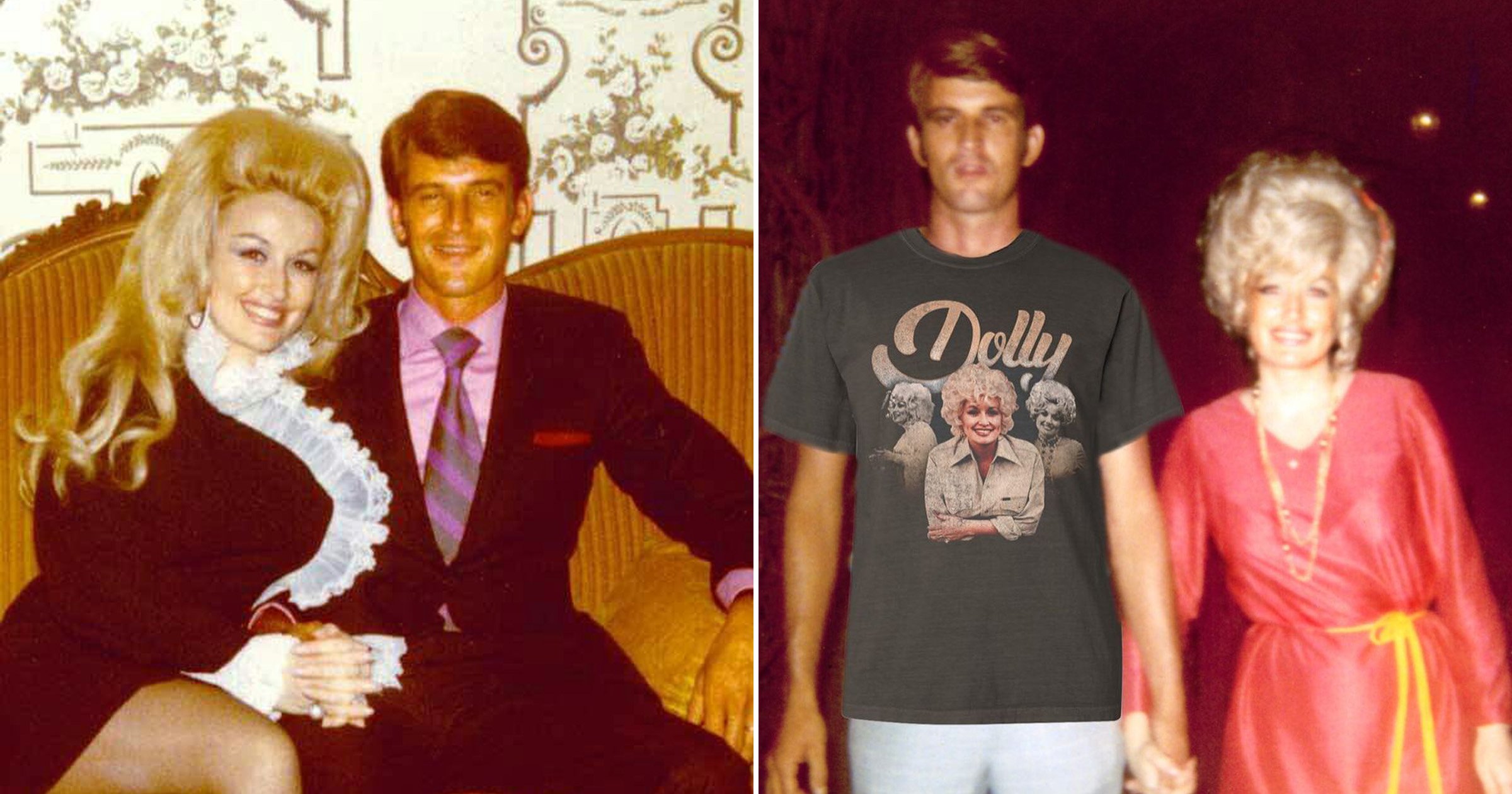 In a rarest of rare glimpses at her husband of 55 years, Carl Dean, Dolly Parton has shared an almighty throwback that’ll do us now for the next 55.

The Jolene star, 72, beamed alongside Carl, 79, in the snap, seemingly taken in the 60s, with her great bouffant of blonde hair piled high on her head, wearing a pink top tied around the waist with yellow rope (‘which was the style at the time…’)

Not to be outshone by his leading lady, dapper Carl was sporting some brilliant official Dolly merch in the form of a (brilliantly edited) T-shirt baring his wife’s face.

Dolly wrote of the pic, which showed the pair holding hands: ‘Find you a partner who will support you like my Carl Dean does!’

And hearts, including Jolene’s we can only imagine, swooned around the world.

Should you, too, want to get your hands on these sick threads, the T-shirt Carl was rocking is available for $35 (£25) from Dolly’s website. What a way to make a living.

Anyway, we’re not the only ones freaking out over Dolly’s photo: fans were beside themselves at the blessing of Carl’s image hitting our retinas.

‘I’ve literally never seen a picture of this man,’ one mused, as another came to a shocking realisation owing to the effect the man’s handsome looks had on her followers: ‘I can see why he keeps under cover.’

Echoing the same sentiments – alongside many, many others who were sharing love heart emoji – another wrote: ‘Hahaha the queen of photoshop! ❤️ Y’all are adorable. I think this may be the first time I’ve seen a picture Carl Dean!’

This dear social media user is correct: we don’t tend to see an awful lot of Carl, but we got the back of his head recently when Dolly surprised her husband with a re-creation of her 1978 Playboy cover.

Sharing a video of the surprise moment on social media, the star tweeted: ‘It’s always #HotGirlSummer for my husband, Carl. Happy birthday my love!’

In her iconic musical voice Dolly told fans: ‘Today is July 20th, it’s my husband Carl’s birthday and you’re probably wondering why I’m dressed like this. Well, it’s for my husband’s birthday.

‘I was trying to think of something to do to make him happy.

‘He still thinks I’m a hot chick after 57 years and I’m not gonna try to talk him out of that and I hope he agrees.’

Still, in place of photos, Dolly has been forthcoming with sweet details from their marriage over the years and previously shed light on their 1966 elopement, which was due to her record label thinking it would be better for her to stay single.

The country music singer told People of their lowkey big day: ‘We’d already sent out invitations and so I thought, “I ain’t waiting!”’

‘We went that same weekend to Ringgold, Georgia in a little church.

‘I had a little white dress and little flowers, and my mum went with me.’

She revealed to Lorraine in 2019 that the secret to their lasting relationship is ‘the fact that we like each other, we respect each other, we’ve always had a good time. He’s crazy and I’m crazy.

‘We laugh a lot and I think that’s been one of the most precious parts of our relationship.’

She also joked: ‘He likes to stay home and I like to stay gone and that’s why we’ve lasted so long!’