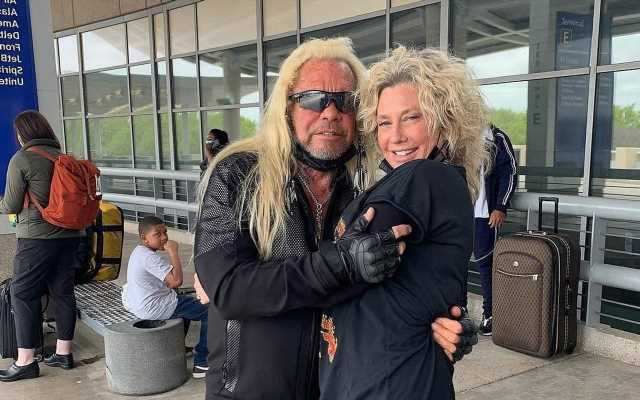 The reality TV star has set a wedding date following his engagement with Francie Frane, two years after his wife died from cancer and a year after she also lost her husband to cancer.

The “Dog the Bounty Hunter” star has revealed he and fiancee Francie Frane will tie the knot in September (21).

The couple became engaged in May 2020, less than a year after Chapman’s wife lost her battle with cancer.

Duane and Francie have been waiting to exchange vows until after the COVID pandemic, but they have now decided to roll the dice and set a date.

“I would love to have the biggest wedding there’s ever been,” Chapman told The Sun. “I’m sorry but that’s just me. I hope I can talk Francie into it and open it to my fans, the Dog Pound, to everybody.”

The TV bounty hunter announced the wedding will be held on 2 September, 2021 during an appearance on the “Two Guys From Hollywood” podcast. This will be the sixth marriage for the reality TV star.

Duane and Francie went public with their relationship in March. The couple met for the first time after Duane called Francie’s husband Bob to do some yard work at his house in Colorado.

The two got close and offered support for each other after Francie revealed her husband also passed away from cancer last June.

“He’s the happiest I’ve seen him in a long time,” his daughter Lyssa Chapman previously said.

“They are both so happy together and they are good for each other. Francie has been very respectful to all the kids – and to Beth’s memory – and my dad is the same way with Bob and their children,” explained Lyssa. “They go to church three times a week and dad is trying to give up smoking – she is a good woman for my dad.”