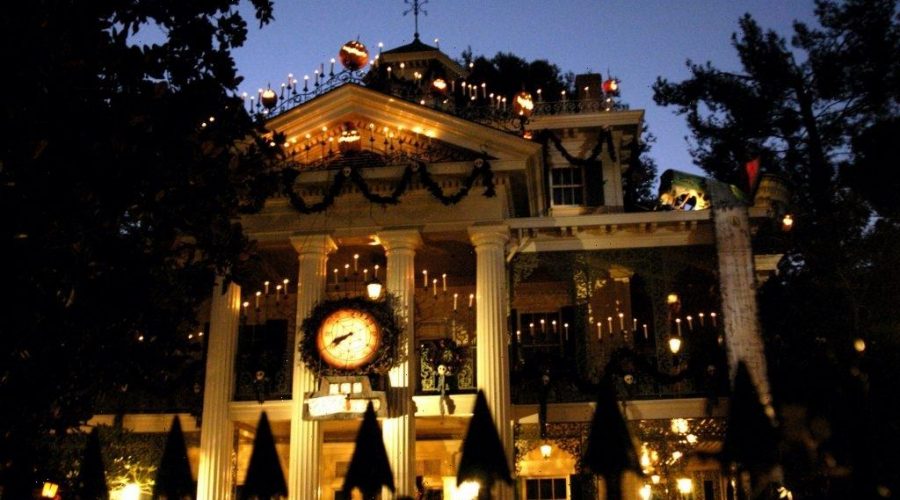 From child star to Las Vegas headliner, Donny Osmond is still a fan favorite at the age of 63. The former teen actor made his television debut on The Andy Williams Show at the tender age of five, joining four of his older brothers who were already performing as a barbershop quartet at Disneyland. The Osmond Brothers became wildly successful pop stars, developing a huge teenage fan base in the early 1970s.

Donny Osmond was a child star

Osmond is probably best known for his collaboration with his sister Marie Osmond. Their memorable variety show, Donny and Marie, ran from 1975 to 1979. As seen on Biography, the pair hosted a talk show of the same name in 1997, and in 2008, signed on for a Las Vegas residency that ran for an impressive 11 years. Osmond has also appeared on Broadway, earned an Emmy nomination in 2003 as host of the game show Pyramid, and has the distinction of winning season 9 of Dancing With the Stars, besting his sister who finished third in season 5. See more about his extraordinary life and career on IMDb.

On January 14, 2021, Osmond took to social media to reminisce about a week spent filming a special at Disneyland when he was 12 years old. He and his older brothers Allan, Wayne, Merrill, and Jay joined a young Kurt Russell and Broadway performer, E.J. Peaker for an episode of The Magical World of Disney, “Disneyland Showtime.” The light-hearted romp through the park aired on March 22, 1970, and featured the park’s newest attraction, the famous Haunted Mansion.

For most of the episode, the cast and a nervous stage manager search the park for the youngest Osmond, who wanders off on his own after declaring his desire to “go through the haunted house four or five times.” The cast is eventually reunited in time to perform as scheduled. The episode ends with the much-anticipated ride through the mansion after Russell narrates the attraction’s history. Watch the entire episode on YouTube.

Osmond, who worked throughout his childhood, still had to continue his education on the road. As he related in his Instagram post, his classroom time at Disneyland while filming the show was a unique experience.

“I was only 12 years old at the time and obviously still in school. There was a room on the second floor of The Haunted Mansion in a small corner that was not being used for the ride. That was where I had school with my teacher during filming,” Osmond, remembered. “I’m pretty sure that I’m the only person that can claim that The Haunted Mansion was my schoolhouse, and that’s why it is still my favorite ride in The Magic Kingdom.”

“The Haunted Mansion was an idea of Walt Disney’s,” Russell explained to the Osmond brothers as they waited to enter the attraction. “You see, he began to worry where all the ghosts were going to live after all the old houses were torn down to make room for freeways.” According to Theme Park Tourist, Disney did indeed envision a “retirement home for ghosts” before Disneyland even existed. The park was originally going to be called Mickey Mouse Park and included a haunted house, church, and graveyard.

Various concepts and backstories for the house were created and scrapped, including the original plan for the facade, which Disney felt was too dilapidated. Disneyland opened in 1955, but its haunted attraction, utilizing Disney’s trademarked audio-animatronics, would take 14 more years of work. Unfortunately, Disney would not live to see its completion. He died in 1966 at the age of 65, three years before the mansion opened to the public. His Imagineers soldiered on without him and finally finished the job, creating an iconic ride that is just the right mix of silly and scary.

Like, Osmond, Disney also had an affinity for secret spaces. Shelley Wade of 104.3MYfm reports that in addition to his apartment over the fire department building on Main Street U.S.A. Disney designed a special two-bedroom Dream Suite built above the Pirates of the Caribbean ride and the Lilly Belle Train Car, which is now a museum with limited public access. The original purpose of Osmond’s secret classroom in the Haunted Mansion remains a mystery.

Osmond finds a secret room at his new venue

Yes, it’s just the laundry room, but there’s an exciting reason behind the video. Like the performers at Disneyland, Osmond will also be going back to work this year. The star is looking forward to taking the stage at Harrah’s on August 31, 2021. The show will feature a segment where audience members can request any song Osmond’s ever sung. “If I see her in the audience, I’m going to pull her up on stage,” he said, referring to his sister, in an interview with Daily Mail.

Disneyland will reopen on April 30, 2021, with health-conscious guidelines in place. Under the right conditions, Disneyland’s ghostly residents may be enchanting their fans again soon. “Hopefully it will be safe for Disneyland and other entertainment venues to open soon, “Osmond wrote on his Instagram post. “What are your favorite rides at Disneyland or Disney World?”