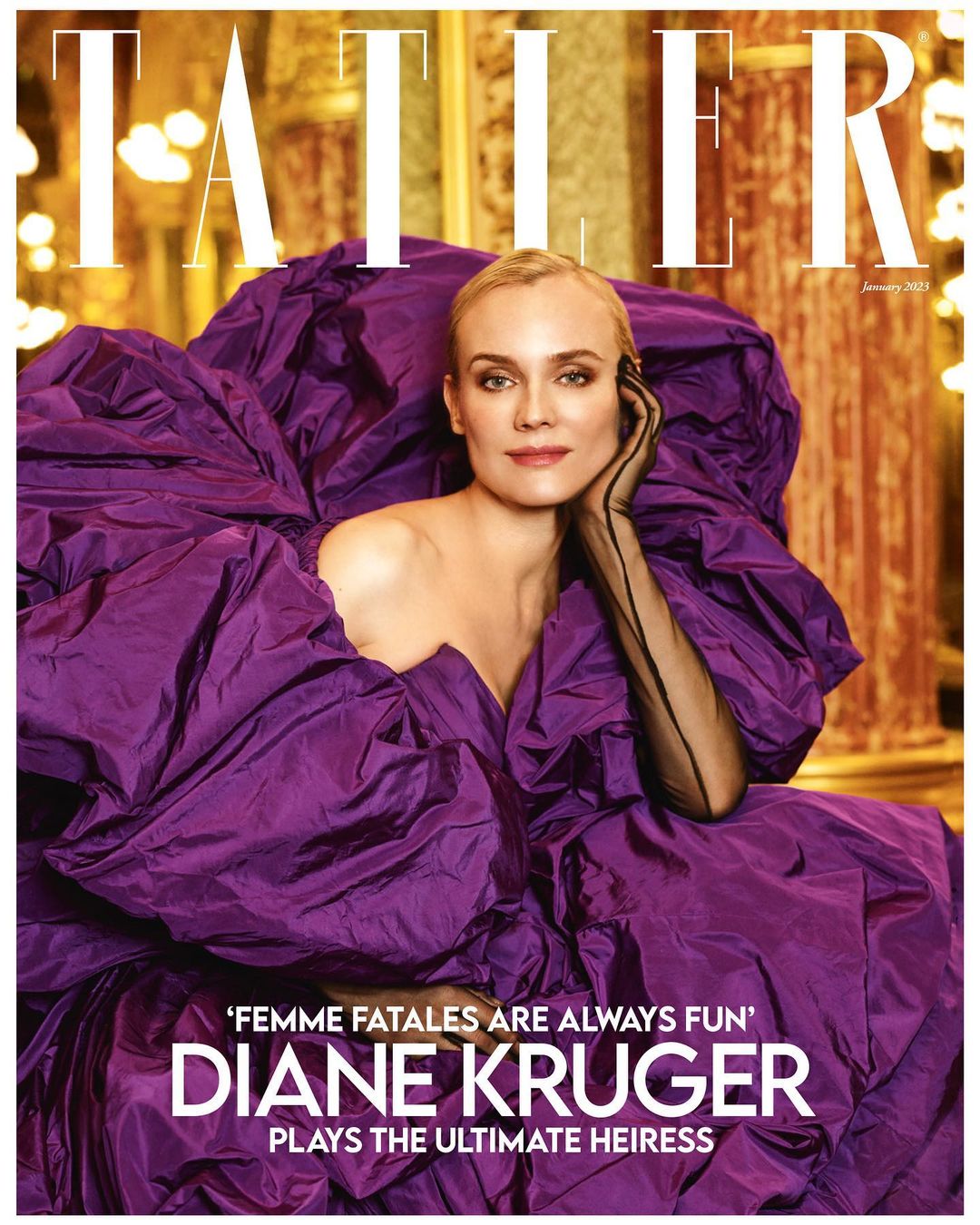 Diane Kruger covers the January issue of Tatler. She’s promoting a new movie, Marlowe, based on Raymond Chandler’s The Black-Eyed Blonde. She’s also promoting a children’s book she wrote during the pandemic called A Name From the Sky, a celebration of names. As such, she’s revealed her four-year-old daughter’s name after keeping it quiet all this time. Her daughter is named Nova Tennessee Reedus. Diane and Norman Reedus are still together, and they’re raising Nova all over the world. Diane talks a lot about her daughter in this Tatler piece too, among other subjects. Some highlights:

On the nomadic actor life: ‘We teach [our daughter] that she is at home in the world, that we have friends all over the world [and] that we really don’t have to miss people because we’re just going to go for a little bit and then come back. We’re very lucky to have homes in different places.’ (The Kruger-Reedus property portfolio also includes a home in Paris, as well as a ‘little country house’ in upstate New York.)

Playing Helen of Troy: ‘I mean, Helen of Troy obviously was based on the way I looked, But I don’t think they could have given it to any model, right? They wouldn’t have given it to me if I didn’t have at least a little bit of talent.’ When the film – though not her performance – was ravaged by critics, Kruger retreated to the world of European cinema. ‘I was able to continue making French movies and slowly the perception changed… people started seeing me in other things.’

Nova understands German: ‘I speak to her in German all the time. And she understands it all. She’s a very outgoing young girl.’ In Latin, Nova means new, which felt ‘very personal’ to Kruger and Reedus, who met when they were 39 and 46 respectively. Nova’s middle name is Tenessee, in tribute to Kruger’s discovery that she was pregnant while on a motorbike trip with Reedus in the state.

On her daughter’s privacy:‘You know, what you’re comfortable with changes with time. When she was first born, you really try to shield her from all public gaze. I felt very strongly about that, which I didn’t know I would. But as she grew older, it didn’t… We have never shown her face… all of our friends obviously know what her name is and it just tied in with the book. It seems natural to tell her and the world how special she is to us and how much we put into the meaning of her name.’

Her previous relationships: ‘I didn’t want children for a long time. I really liked my life the way it was. In my late thirties, I was starting to think about it but I wasn’t in a place in my relationship at the time – or whatever – where that was going to be a possibility and so I had kind of given up hope and I thought it was just too late. And I was OK with that. While writing this book, it definitely felt like sometimes life gives you things when you least expect them but most need them. The arrival of Nova has changed my life – our lives – in the best possible way. It’s just amazing that you thought you were one thing but you’re meant to do something completely different.’

Life with Norman Reedus: At home, work talk with Reedus is kept to a minimum. ‘This is maybe the first time in my adult life that I’m in a relationship where I respect him to do his thing. I want him to feel he can do anything he’s interested in and I would support that. And I expect that the other way around [from him].’

Paris vs. NYC: ‘Paris is a smaller city… I started out in France, so a lot of people know me there for French movies,’ Kruger seems more at ease in Europe than America. Currently, in New York, ‘There’s a lot of crime, a lot of dirt everywhere. The news is Trump, Trump, climate change. It’s oppressive sometimes. Moving to Europe – it’s not like they don’t have their problems – but it just felt like we were getting out of our bubble. It’s a change of scenery that has been really good for us.’

France has less ageism: ‘When you see people out in restaurants, it seems that there are so many attractive women of all ages. I’m sure there is sexism and the same issues that Americans face, but I know a lot of women [in France] who are happy with their second, third marriage. They have boyfriends way into their fifties.’

“In my late thirties, I was starting to think about it but I wasn’t in a place in my relationship at the time – or whatever – where that was going to be a possibility and so I had kind of given up hope and I thought it was just too late. And I was OK with that.” I’m not mad at her about the Joshua Jackson stuff at this point, it’s water under the bridge and they both moved on with people who suit them a lot better. But also: it feels like Diane wasn’t “ready” to have a kid with Joshua, her partner of a decade, and then she cheated on Joshua with Reedus and suddenly she’s ready to have a baby with Reedus? I mean, sometimes it happens that way and when you know you know. But it also feels like she’s always blaming Joshua for her own bullsh-t. 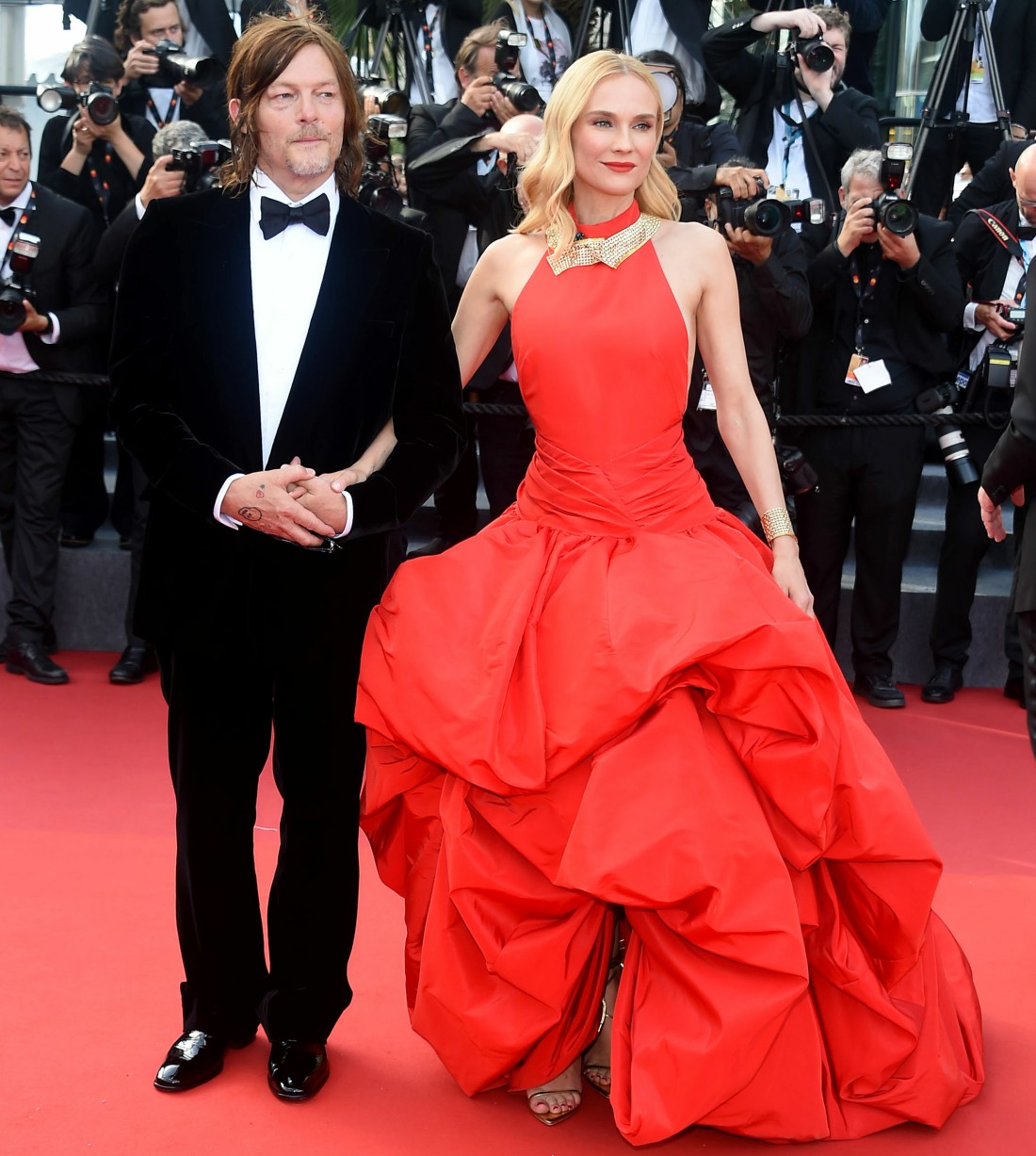 01/15/2023 Celebrities Comments Off on Diane Kruger: In NYC, ‘there’s a lot of crime, a lot of dirt everywhere’
Recent Posts